Everyone has a favorite Masters memory. It could be Jack in ’86, Crenshaw in ’95 or Tiger in ’97. Or maybe it’s Tiger in ’19. If you’re a golfer, you no doubt have a strong opinion on at least one week at Augusta National that left an indelible mark.

But what about Masters gear memories? The clubs Jack Nicklaus, Tiger Woods and other worthy Masters champions used to slip on the coveted green jacket played an important role in the victory.

In the latest episode of GOLF’s Fully Equipped podcast, co-hosts Tim Briand, Andrew Tursky and Jonathan Wall discuss some of their favorite gear memories tied to Augusta, including three that stand out above the rest.

Jonathan Wall, GOLF managing equipment editor (@jonathanrwall): “It was the most alpha move ever: he wins at Augusta in 2006 with two drivers in the bag, decides he just needs three wedges.

“That was an interesting week for Phil because he actually used the same driver setup the week prior at what was then known as the BellSouth Classic. He decides he’s going to use two 9.5-degree Callaway Big Bertha Fusion FT-3 drivers [at Augusta]. Great driver, by the way. He had the baby cut down, but he wanted to get one that could draw the ball as well. 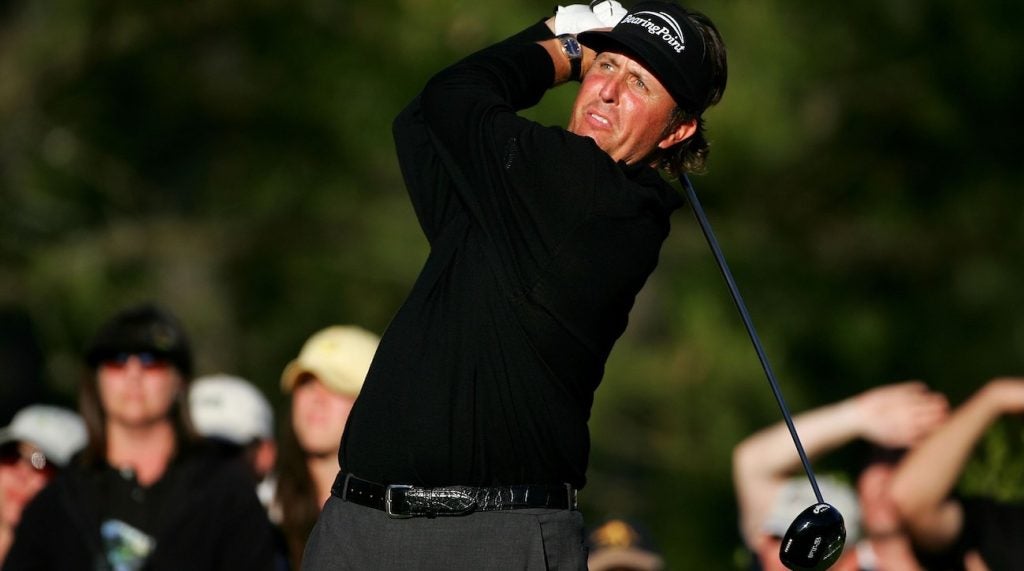 Phil Mickelson with one of his two Callaway Big Bertha Fusion FT-3 drivers during the final round of the 2006 Masters.
Getty Images

“He went from 45 inches, which was his gamer length, to 46 inches. He drops the CG lower and does some internal weighting changes to get a draw bias, and then goes off and wins the damn thing. I think about all the guys over the years that have tried to change their normal shot shape to fit Augusta — Martin Kaymer is one who comes to mind — and they failed miserably. And here’s a guy who just puts two drivers in the bag. He says, screw it, man, I’m just going to go with a driver for each shot shape. For me, it’s the peak Masters gear moment.”

Andrew Tursky, GOLF senior equipment editor (@AndrewTursky): The number one piece of equipment is Tiger’s Teryllium putter in 1997. It kind of put Scotty Cameron on the map. I know people knew what Scotty Cameron was, but for people like me at that age who were on the fringe and didn’t care about equipment, that was the epitome of Scotty Cameron putters at that point. When you’re talking Masters gear, that’s kind of the one.

“… But he actually quickly switched out of it [after the Masters]. They were saying it was due to the face insert because it was too soft. And then he goes into a milled putter.” 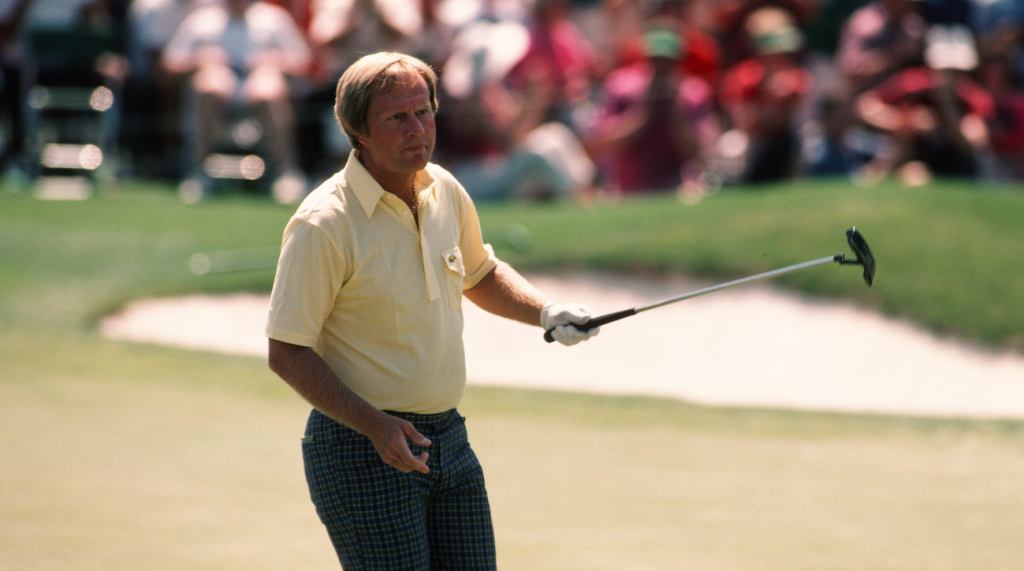 Jack Nicklaus and the MacGregor Response ZT 615 putter he used to win the 1986 Masters.
Getty Images

Tim Briand, True Spec’s senior vice president (@ClubWhisperer): “I have to go back to Jack Nicklaus’ MacGregor Response ZT 615 putter from 1986. For those who don’t know, Clay Long, who created the putter for Jack, did some wedge work for TaylorMade most recently — and if you look at his career, I’d put him up there with some of the legendary careers in the golf equipment industry.

“Clay was Jack Nicklaus’ iron designer with MacGregor for years. Clay also designed that Response putter for MacGregor. It’s not the sexiest putter in the world, but it’s pretty darn recognizable. They sold a ton of them after the event. That ’86 Masters kind of got a lot of people from my generation going — Tiger included — that resurgence for Jack.”