Ryder Cup returning to Hazeltine in 2028 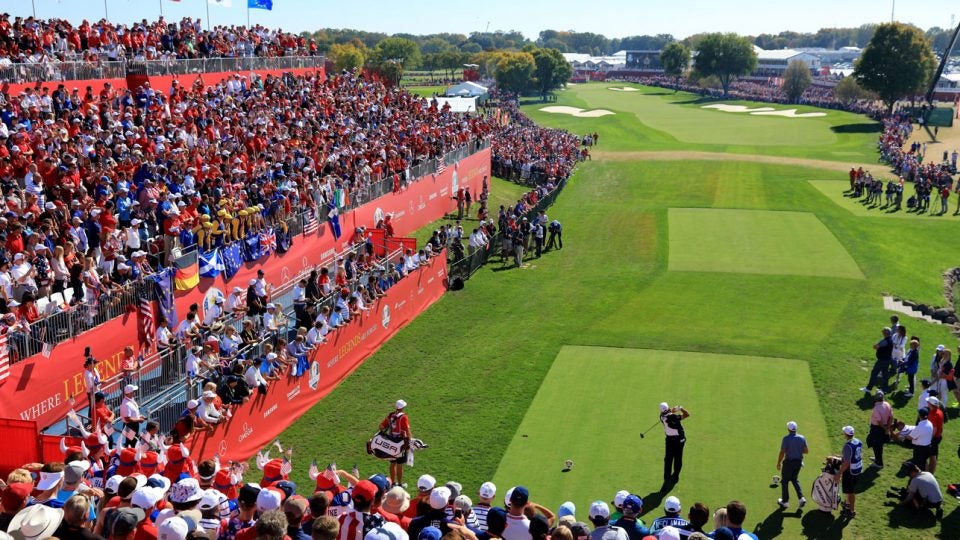 The Ryder Cup is headed back to Minnesota.

Hazeltine National Golf Club — just 18 months after hosting the 2016 Ryder Cup — will host the 2028 rendition of the event, announced by the PGA of America Monday morning. The announcement came with some fun local flavor as the gold medal-winning U.S. Men’s Curling Team helped make the announcement at the St. Paul Curling Club just 30 miles from the golf course.

We’ve got some news… pic.twitter.com/y6gaYajPCZ

This will be the second Ryder Cup held at Hazeltine a club that has hosted nearly every major event in golf. You’ll recall the American team defeated the Europeans 17-11 in 2016 for the first American victory in the event in eight years.

Will they be able to make it back-to-back victories at Hazeltine in 2028? 10 years of Ryder Cups will happen between now and then, with Whistling Straits and Bethpage Black hosting in 2020 and 2024, respectively. Then, the 2032 Ryder Cup will take place at the Olympic Club in San Francisco.