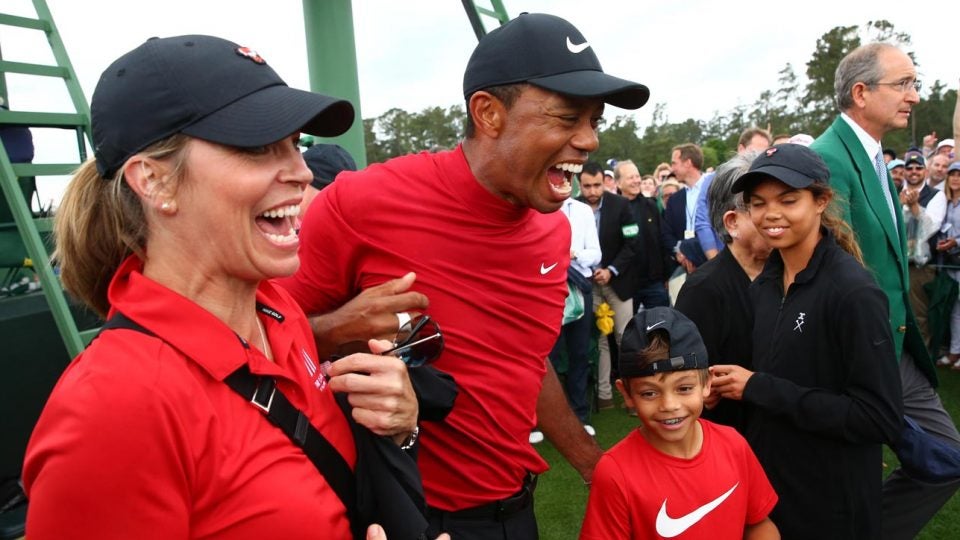 If you are like the rest of us, there’s a chance you are missing the 2020 Masters right now, and there’s probably even a good chance you are spending your afternoon watching the replay of 2019’s epic tournament.

You remember that one, right? Storms were forecasted for Sunday, tee times were moved up, Tiger Woods started the day two shots off the lead, the par-3 12th hole (as always) played a massive role and, ultimately, Woods won his 15th major title and fifth green jacket.

It was such a historic victory it’s worthy of a look-back. So that’s exactly what we’re going to do. Below are some of GOLF staffers’ best work from that Sunday night in Augusta, Ga., as writers and editors stormed the grounds to explore the pandemonium. We uncovered Tiger tidbits and dozens of other noteworthy nuggets from one of the most epic night’s in golf history. Pick your favorite (or all of them!) and read along. And cheer up, a November Masters will be here before you know it.

AUGUSTA, Ga. — In 1986, Jack Nicklaus, at age 46, won his record 18th major championship, on the fabled course here. On that same Sunday, 33 years ago and in suburban Southern California, Tiger Woods, age 10, watched the Masters for the first time. Eleven years later, as golf’s ultimate prodigy, he won the tournament. It was his first Masters win and his first major title. On Sunday, he won it again, his fifth Masters win and his 15th major title. In ’86, Big Jack turned back the hands of time, for a final time, as it turned out. Ever since, 18 has been golf’s holy number every which way to Sunday. Tiger’s victory on Sunday, at age 43, was completely different. This was the first major victory of his reconfigured life. | READ MORE HERE

AUGUSTA, Ga. — The mood was tense on Sunday afternoon in the Augusta National clubhouse. Jordan Spieth wandered through, glanced at a TV and bugged out his eyes, cartoon-style. “It’s getting diiiicey,” he said. Tiger Woods was tied for the lead at the Masters with four holes to play. You could feel it in your gut. Mark Steinberg paced nervously outside the locker room. He has been by his client’s side for the most dominant golf ever played, the most salacious scandal of the Internet age and everything in between. If Tiger could somehow get it done, would it be the greatest victory of his career? “Greatest victory or greatest accomplishment?” Steinberg parried. “They’re not the same thing.” He voted for the latter. | READ MORE HERE

As Tiger Woods sealed his Masters win, a lucky few served as witnesses to history

AUGUSTA, Ga. — Tiger Woods was still putting the finishing touches on the most unlikely of his 15 major titles, but inside Augusta National’s clapboard clubhouse, the party had already begun. Justin Thomas’ card was down at the grill-room bar. (“Anyone who wants a drink, just put it on my tab,” he announced.) From a corner table, Tiger’s family — his mother Tida, girlfriend Erica Herman, and two children, Sam and Charlie, all clad head-to-toe in Tiger’s familiar Sunday colors, red and black — took in the closing moments on a TV mounted to the wall. Outside, under gloomy skies, 15 youthful servers in their all-whites stood in a row along a rope line near the old oak, several of them on their tippy-toes as they strained for a glimpse of the joyful, raucous scene unfolding on and around the 18th green. All of them were too young to remember Woods’ first Masters win here in 1997, so you could hardly blame them for sneaking out to witness another unlikely piece of history: the resurrection of Tiger Woods, major champion. | READ MORE HERE 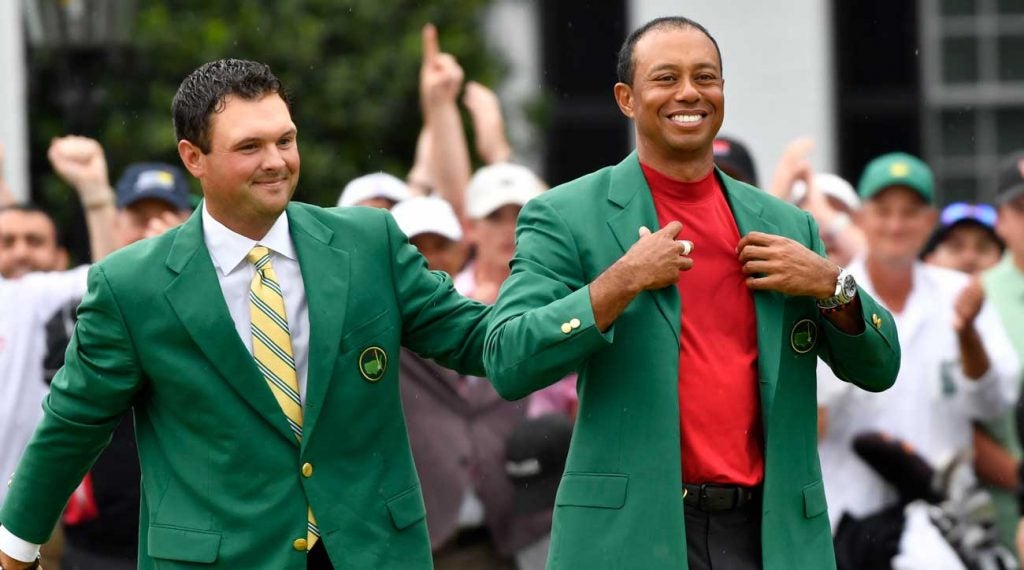 AUGUSTA, Ga. — As Tiger Woods came down the stretch at Augusta National on Sunday, his family huddled together in the clubhouse. His girlfriend Erica Herman had been there all week, while his his kids, Sam and Charlie, flew up this morning. His mother, who has been by Tiger’s side every step of the way, was there as well. The scene was tense as Woods played out the back nine en route to his 15th major championship. It wasn’t until last night that Woods and his team made a travel plan for his kids. They flew up Sunday morning from Florida, arriving just too late to see him before his tee time, but got on property as he headed down the first. Sam and Charlie walked much of the front nine alongside Woods’ close friend and advisor Rob McNamara, but as the final group made the turn, they came inside. | READ MORE HERE

Tiger Woods’ win was an inspiration in the locker room, too

AUGUSTA, Ga. — The 2019 Masters was still in question when Martin Kaymer plopped down in the men’s locker room. The 34-year-old German had just signed for a Sunday 71, and a two-over total for the event. As his brother Philip got comfy next to him, Kaymer cracked a Diet Coke and pulled out his iPhone. He yanked off his cleats and propped up his feet. It was time to watch history. In the middle of the television screen hung in the locker room at Augusta National, Tiger Woods stood on the 17th tee box, holding his driver and a two-shot lead at Augusta National. A flurry of other pros had come through the locker room Sunday afternoon. It was grab and go with sliders, shrimp and salad on the menu. For many of the pros here — including Patrick Cantlay, Rafa Cabrera-Bello, Corey Conners and Eddie Pepperell — another PGA Tour event begins in just a few days. Each man checked the broadcast for a few moments, but the Kaymer brothers were glued to it for the long haul. So was the wait staff. Woods smashed his drive up the 17th hole, confirming its accuracy with a club twirl. “Oh, there he goes now,” Martin Kaymer said excitedly. | READ MORE HERE

Tournaments
Course Rater Confidential: What would scratch and bogey golfers shoot in tournament conditions at Augusta?

AUGUSTA, Ga. — After finishing at No. 5 on Sunday at the Masters, Tiger Woods’ caddie Joe LaCava had a word with him. Woods had just three-putted for bogey, his second in a row, while Francesco Molinari, the leader in his sights, pulled off some up-and-down wizardry from short of the green. His lead — Woods’ deficit — was stretched to three. LaCava pulled his boss aside. It was time to remind Tiger Woods who he was. After the round, Woods cited that conversation as a turning point — and grinned when he was asked about specifics. “The talk that Joey and I had off of 5 — I just listened,” Woods said. “He was saying some things that I can’t really repeat here.” | READ MORE HERE

Ever since this comeback began, Tiger Woods never stopped believing

AUGUSTA, Ga. — Winning has always fueled Tiger Woods. Even when he stood on a small makeshift podium under the Bahamian sun and fielded a handful of questions on a November Thursday in 2017, he couldn’t help himself. Begin Scene One. It was his first start following a fourth back surgery, a DUI and in-patient treatment for prescription drugs and inevitable self-doubt. He had more money that he’d ever be able to spend, 14 major titles and one of the most storied professional careers in the game. That Thursday was the first start of his rest of his life, his next chapter — all that jazz. Posting a number didn’t seem important. Winning? Forget winning. What about four healthy rounds? But Woods wasn’t ready to go there. He was sniffing contention. | READ MORE HERE