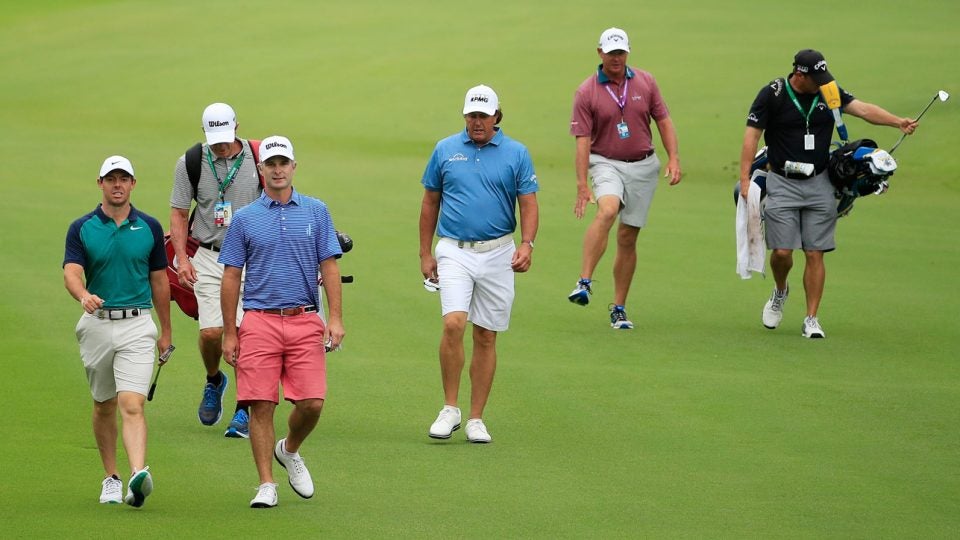 Phil Mickelson, Rory McIlroy, and Kevin Streelman were among the players taking advantage of the shorts-permissive policy at the PGA Championship.
Getty Images

Shorts are back at the PGA Championship, and some fans are still not on board with the change. The players are only allowed to wear shorts during practice rounds, but that’s more than enough to rile up traditionalists, who decry the lax dress code as “uncomfortable,” “disgraceful,” and, of course, “weird.” The “grow the game” crowd, on the other hand, sees the move as a common sense approach that should be expanded to other pro events, a sign that golf can change with the times and attract a younger audience.

The policy was begun last year at the 2017 PGA Championship at Quail Hollow. In 2016, the European Tour voted to allow players to wear shorts during practice rounds and pro-ams, a decision widely applauded by the players.

Most of the players support the initiative, including Dustin Johnson, even though he won’t be seen this week wearing shorts. That’s because he didn’t bring any with him. “I definitely forgot to pack them,” he said, on Tuesday.

It’s like seeing your teacher at the grocery store. Makes me uncomfortable.

Fine. What's the big deal? The ladies wear short skirts/shorts/skorts. Seems only fair to the men.

It will not look right w/ the green jacket.