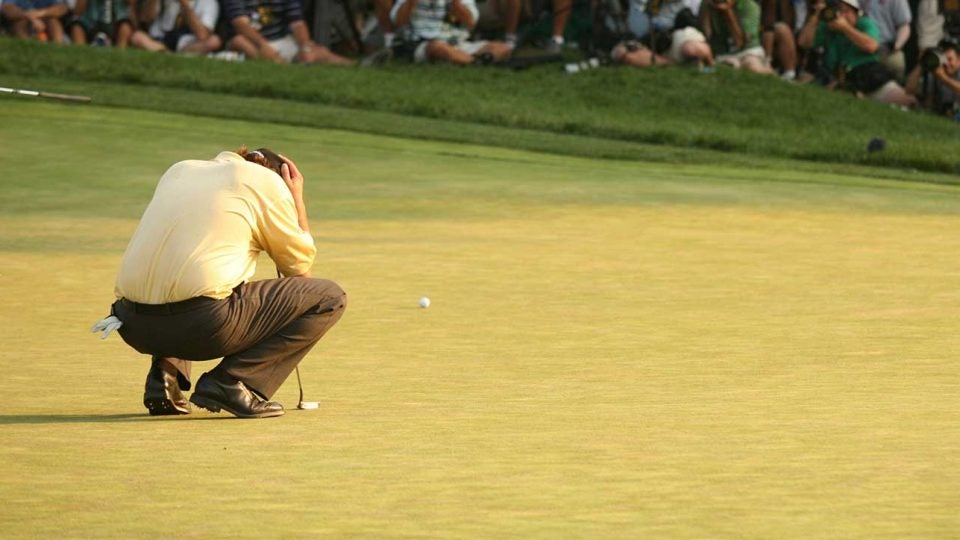 ‘I am such an idiot’: A brief history of Phil Mickelson’s close calls at the U.S. Open

Phil Mickelson is no stranger to our national championship. He’s played in it 27 times and finished as the runner-up a record six — yes, six — times. But some of his second-place finishes obviously have hurt more than others. Here’s a breakdown of Mickelson’s history of U.S. Open heartbreak, which remains the only major Mickelson needs to capture the career grand slam. 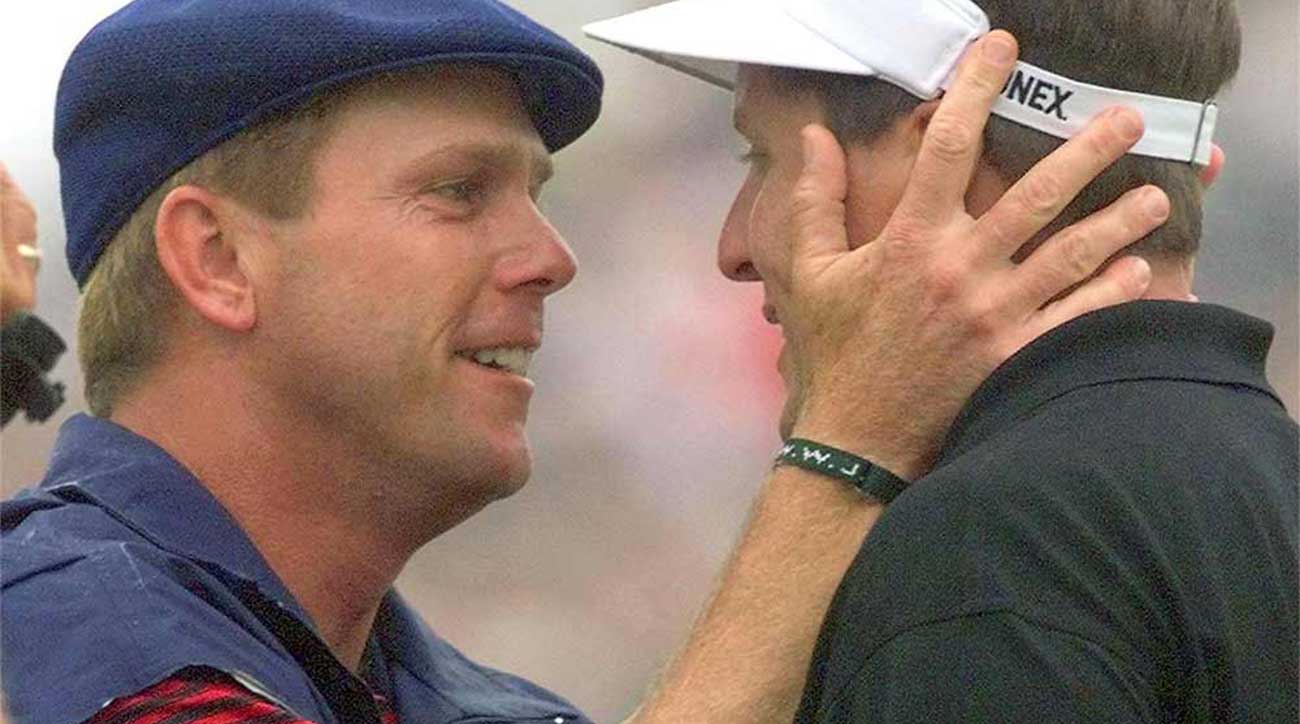 Mickelson was in the final pairing on Sunday alongside Payne Stewart, who led Mickelson by a shot entering the round. Mickelson took his first lead on the 12th hole but there were even with just two to play. Stewart made a clutch par putt on 16 and then birdied the par-3 17th to lead by one. The 42-year-old Stewart then sunk his par putt to win on 18 and unleashed the now-famous fist-pump. Mickelson’s caddie, Jim Mackay, carried a beeper with him all week in case Mickelson’s wife, Amy, went into labor with the couple’s first child. On the 72nd green Stewart told Mickelson, “Good luck with the baby. There’s nothing like being a father!” 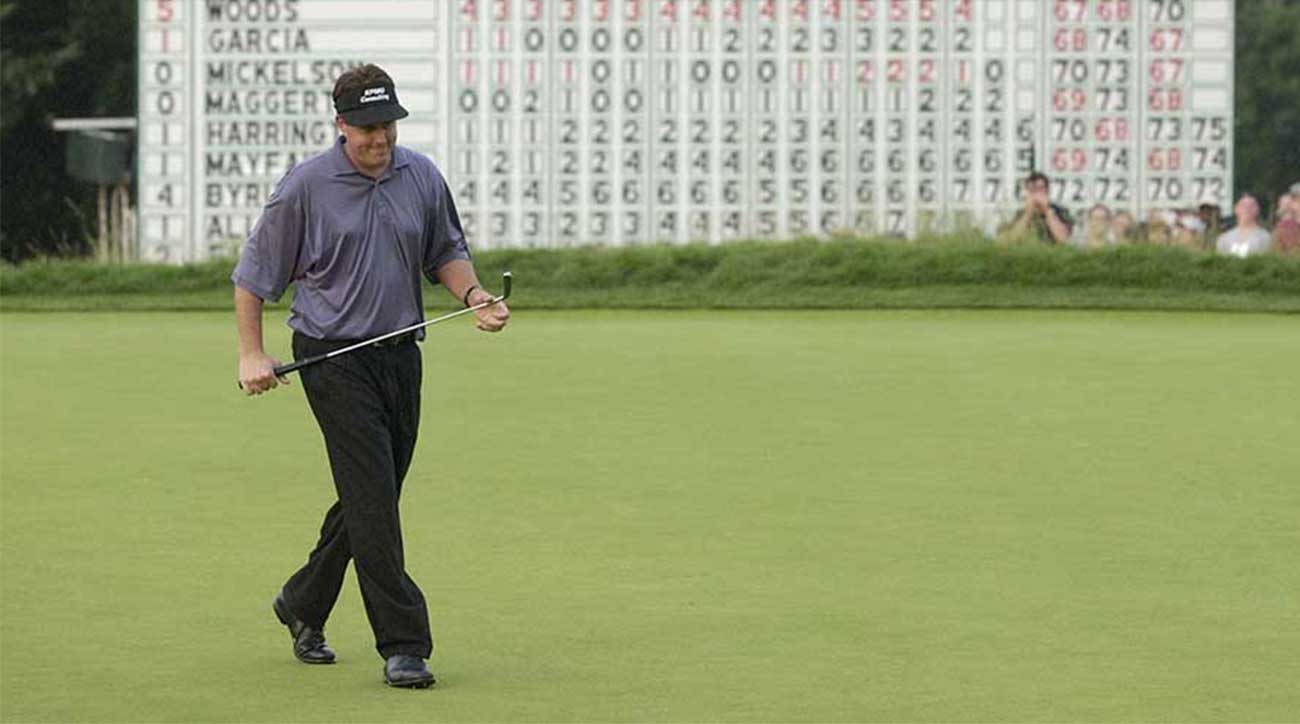 Mickelson started the final round at brutal Bethpage Black five behind 54-hole leader Tiger Woods, but his even-par 70 wasn’t enough. Mickelson bogeyed 16 and 17, and even though Woods made bogeys on 16 and 18, he still held off Mickelson, who finished alone in second, by three. 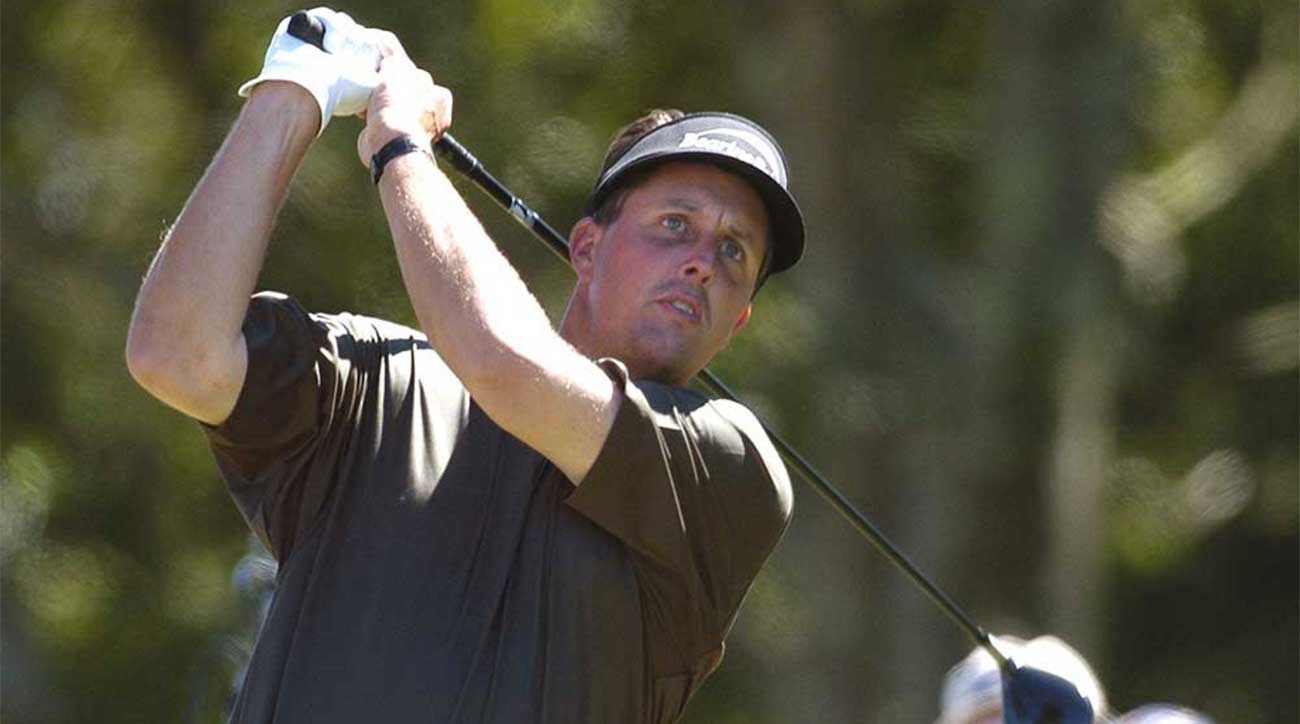 Mickelson was tied for the lead after the second round and was two back of Retief Goosen after 54 holes. Mickelson made back-to-back birdies on 15 and 16 to grab the lead, but he gave it right back with a disastrous double-bogey 5 on the par-3 17th, three-putting from five feet. Goosen birdied 16 and parred the final two holes to beat Mickelson by two. 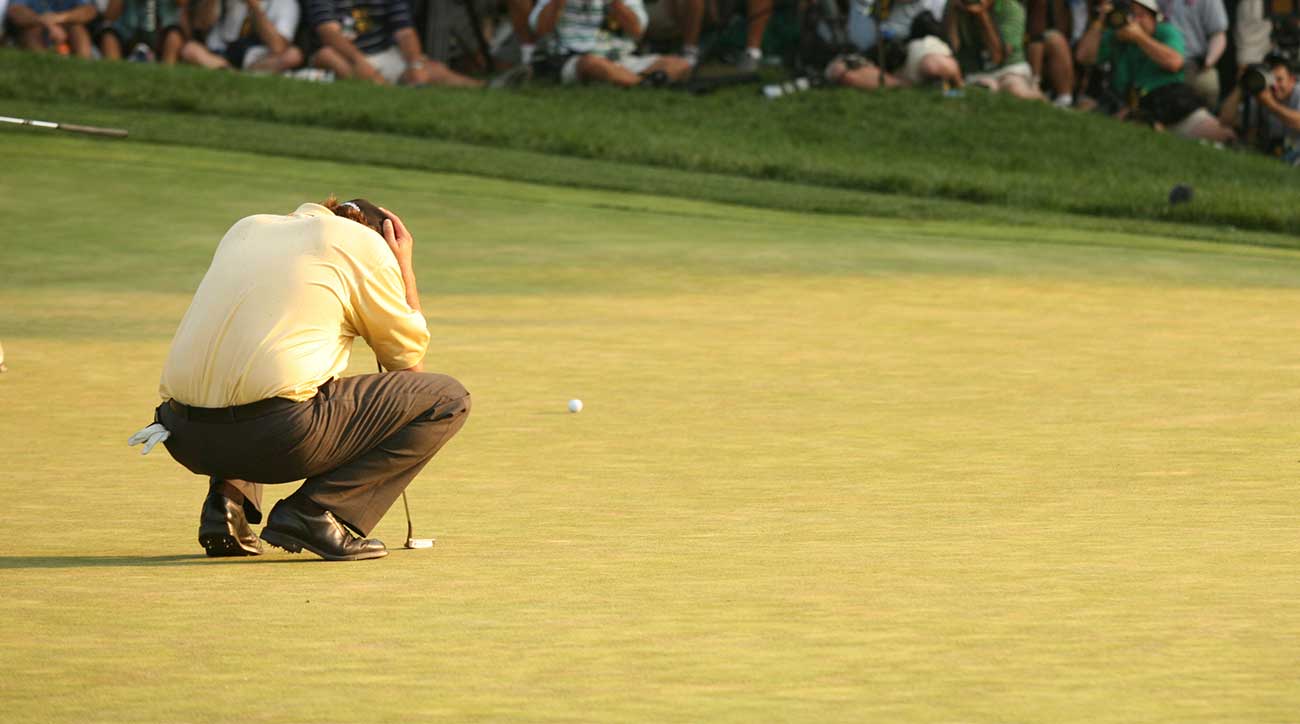 This one might have stung the most. In the final group on Sunday, Mickelson needed to par the par-4 18th at Winged Foot to win his third straight major, and even a bogey would have gotten him into a playoff. He hit driver off the tee and wasn’t even close to the fairway, and his second shot hit another tree and his third went into a green side bunker. His fourth shot rolled over the green, and his chip to force a playoff missed, leading to a double-bogey 6. Geoff Ogilvy won at five over, and Mickelson, who played the final three in three over, finished in a three-way tie for second. “I just can’t believe that I did that,” he famously said afterward. “I am such an idiot.” 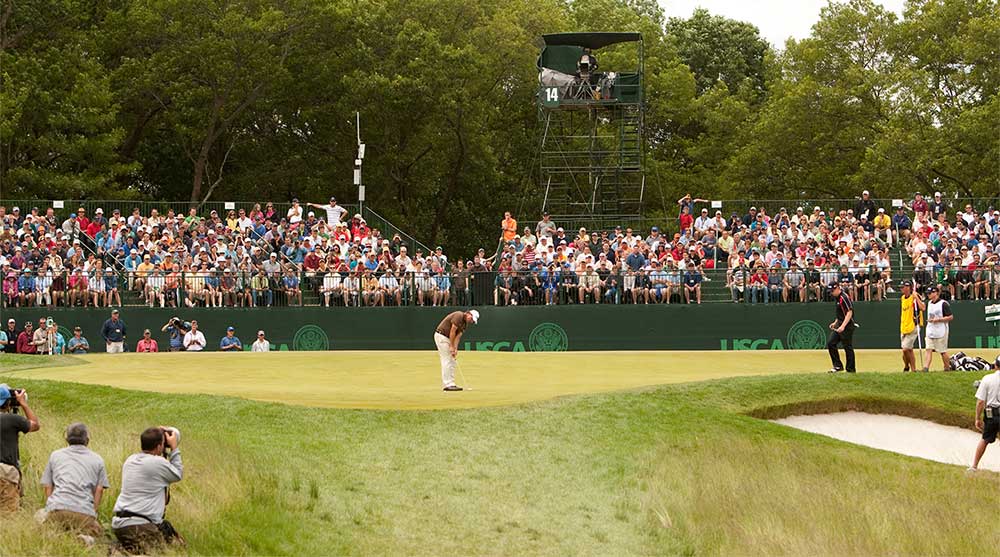 Ricky Barnes and Lucas Glover seemed to be running away with the 2009 U.S. Open at Bethpage Black, but both stumbled on the front nine on Sunday and a Mickelson eagle on 13 tied him with Glover for the lead. But Mickelson bogeyed two of the last five — including the 17th, which did him in in 2002 — and finished two under overall. Glover birdied 16 to get to four under and parred the final two to win by two. Mickelson, Barnes and David Duval tied for second. 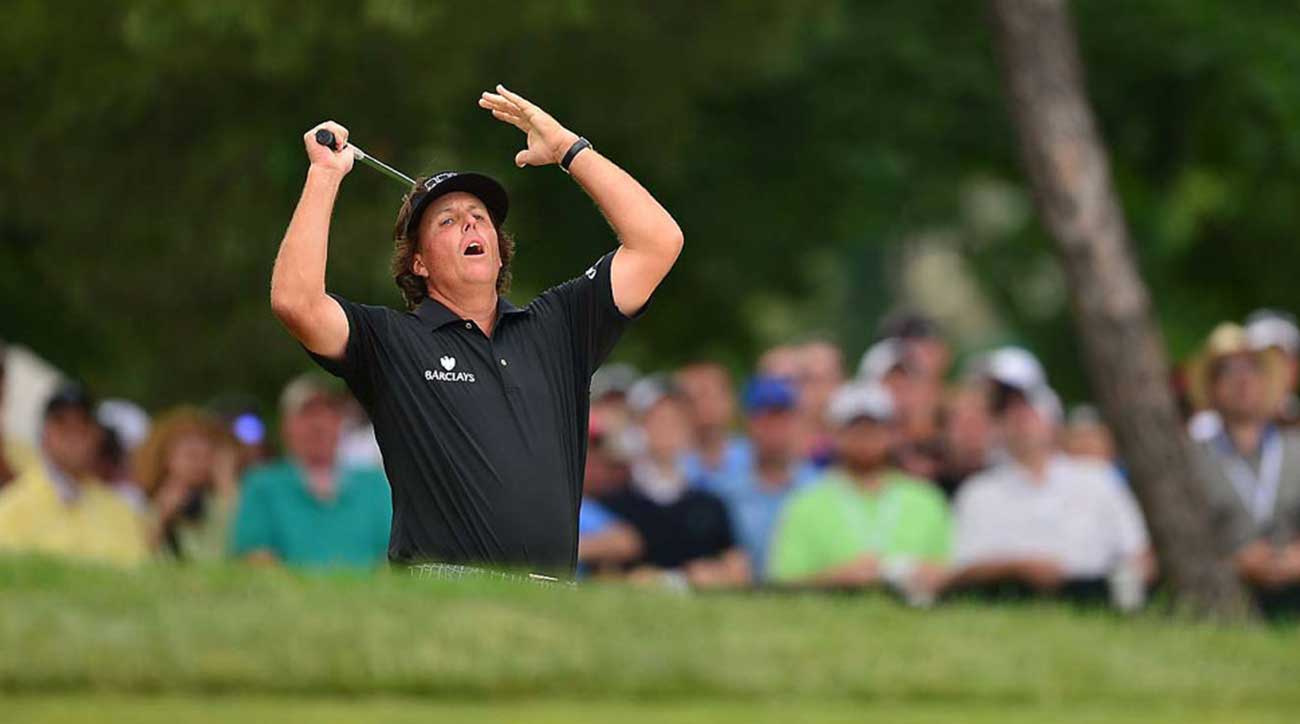 Mickelson led after every round but was caught by Justin Rose on Sunday. Playing in the final pairing, Mickelson, the only player under par through 54 holes, made two double bogeys in his first five holes before he rebounded with an eagle on the 10th. But bogeys on 13, 15 and 18 led to a 74. Rose shot 70 and clipped Mickelson by two.