ST. LOUIS — Phil Mickelson may very well be on the Ryder Cup team this fall, but for the first time since 1993 he’ll need a captain’s pick to do so.

Mickelson finished four over to miss the cut at the PGA Championship at Bellerive, his second straight missed cut in a PGA. He shot 73 on Thursday and fired a 71 on Saturday, finishing his second round that started on Friday and was suspended due to weather.

The missed cut means Mickelson won’t accumulate enough points in the Ryder Cup standings to jump into the top eight to auto qualify. Those standings will finalize the eight automatic selections following the conclusion of the PGA on Sunday night. 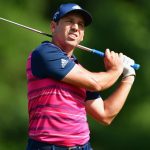 You may also like So long, St. Louis: Phil, Sergio, Bubba among notables to miss the cut at Bellerive
Mickelson holds the U.S record with 11 Ryder Cup appearances, all of which he qualified for on points dating back to his debut in 1995. If he’s on a 12th team he’ll become the golfer to play in the most Ryder Cups for either team. Nick Faldo played in 11 for Europe.

Captain Jim Furyk will round out his squad with four captain’s picks, although many consider Mickelson (along with Tiger Woods), as a virtual lock for a pick.