Fred Ridley, who succeeded Billy Payne as the chairman of the Augusta National Golf Club last October, is steeped in the game, as a player and an administrator. He won the 1975 U.S. Amateur, was the Walker Cup captain in 1987 and 1989 and was the president of the USGA for a two-year term in 2004 and 2005. He is a 65-year-old Tampa resident who first played golf on a public course. He is the first chairman to have played in the Masters, which he did in 1976, ’77 and ’78. This six-question interview was conducted by email. Ridley, a real-estate lawyer, is an obviously comfortable writer who required virtually no editing, although we did go with a lowercase c when he referred to the Club and its Clubhouse. As for his reference to the club’s Green Jacket, we have preserved the two capital letters he sent us. His first press conference as chairman will be on Wednesday, right before the start of the Par-3 Contest. Tradition, tradition.

GOLF.com: The ’76 and ’77 Masters tournaments in which you played were the last two for which Clifford Roberts, the club’s founding chairman, was still alive. You were in law school then, and he was an old man. What impression did he make on you?

Fred Ridley: I’ll certainly never forget my first encounter with Mr. Roberts. That first year I competed, I came up early to get some practice the week prior to the tournament. It probably was a Tuesday or Wednesday and I was standing under the big oak tree behind the clubhouse — I could walk you to the exact spot today — just soaking it all in, looking out over this course I’d dreamt about my whole life. I casually turned toward the clubhouse and there he was. Mr. Roberts was practically nose-to-nose with me. Now keep in mind, having long admired Augusta National and the Masters, I had a general understanding of who he was and how he operated. So, naturally, I was a bit startled and I worried I might have done something wrong. I composed myself, expecting a lecture, but he couldn’t have been more polite or welcoming. I walked away knowing he cared deeply for this place he helped create. At the same time, I doubt Mr. Roberts walked away thinking I would become chairman of his club.

These days, when you see the portraits of Clifford Robert and Bobby Jones that hang in the clubhouse, what comes to mind?

These are both unique and fascinating men. Growing up, I loved reading books about Bobby Jones. I admired not just his accomplishments as a golfer, but how he conducted himself on and off the course, as a gentleman and as a scholar. He was articulate. He was thoughtful. His letters are poetic. Those qualities are rare but are worthy of emulating. Clifford Roberts was a perfect complement to Jones, it seemed. He was driven, detail-oriented and fully committed to Jones’s dream. He established this obsessive culture of constant improvement, something we still relentlessly pursue. Augusta National would not be what it is today without the vision and commitment of these two iconic individuals.

Bobby Jones never played as a professional, and you did not, either. Did you ever think about turning pro? How do you explain the life and times of Bobby Jones to the young amateurs who play in the Masters today?

Like most youngsters who grew up playing competitive golf, I thought I wanted to be a touring pro. But fairly early on, I started to look at golf and life through a different lens. I realized that golf had so much more to offer than a means to making a living. I really wanted to be a lawyer and I worried if I set that goal to the side to play professionally, I would never come back to it. So, having been aware of Bobby Jones and his life, I was drawn to his story and recognized that the game had so much to offer. Over more than 50 years now, golf has given me more than one person deserves. So Jones’s legacy is very important to me, which is something I explain at the Amateur Dinner we hold each year during the Masters. The further time distances all of us from his passing, the more we need to be reminded of his greatness and how golf can be a vehicle for a full and enriching life. What is your single favorite spot on the course when you play it? And when you are watching the tournament?

My favorite place on the Augusta National course as a player is the top of the hill on No. 15 after a good drive. From the tees I play, that means a second shot of 190-225 yards to the green. The visual of a well-struck shot carrying the pond and landing on the green is still exciting. I have had my share of birdies and eagles at 15 over the years and made a double-eagle a few years ago.

There have been many great Masters memories over the years, but the drama that has occurred at the 12th certainly ranks at or near the top. This iconic par-3 combines serene beauty with a degree of difficulty unlike any 150-yard hole in the world. It is amazing how this hole baffles the best players year after year. It epitomizes the risk-reward philosophy employed by Bobby Jones and Alister MacKenzie at Augusta National.

What would be an example of a lesson you learned from Billy Payne about how to do the job?

I became chairman of the Competition Committees just a few weeks before Billy was named chairman of Augusta National, so we came into our previous roles together. Billy became a great mentor to me, not only professionally, but personally. He helped further instill in me the obligation we had been given by Bobby Jones and Clifford Roberts to constantly improve the club and tournament in all that we do. Unlike anyone I have ever met, he had the ability to bring people together, to motivate them under a common goal and to inspire them to reach for excellence in everything. I have never met anyone like Billy. He understands the big picture without ever losing sight of the details. He is a dear friend; he has always gone out of his way to support me. 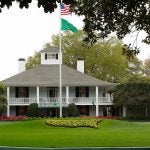 You may also like Tour Confidential Masters Preview: Who’s going to sizzzle, who’s going to fizzle, and can Tiger actually win?

We arrange to have one Green Jacket for each of our members who attend and we wear them at the host course during the event and other player gatherings. This is significant because Green Jackets otherwise never leave the grounds (with the exception of the one worn by our reigning Masters champion). This new tradition is our way of bringing a piece of Augusta National with us. When we see the players for the first time, usually at an opening ceremony, we are reminded of the meaning of the Green Jacket. At the same time, we also hope it reminds everyone that we are there both strong in numbers and strong in enthusiasm to support what these players represent as the future of golf in those regions of the world.