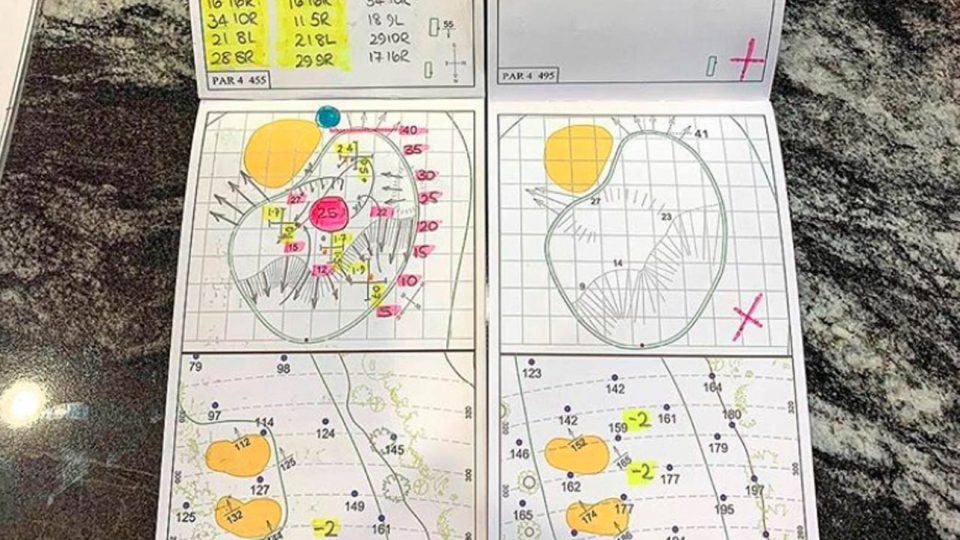 Ian Poulter posted a photo of his Masters yardage book on Tuesday. You can see the full image below.
@ianjamespoulter on Instagram

The 2019 Masters gets underway in just one week, and players are starting to get in their final preparations before the first major of the year. Ian Poulter is one of them, and a glimpse at his Masters yardage book for this year’s tournament reveals some dramatic changes to Augusta National’s 5th hole.

Back in February of last year, we heard that Augusta had submitted a plan to the city to lengthen the par-4 5th hole by 40 yards. As part of the plan, the club would need to re-route Old Berckmans road, which runs adjacent to the hole to create a new teeing ground farther back from the current location.

The club got what it wanted and began work last year once the plan was approved. An Augusta Chronicle report later in the year revealed the club’s plans to add 600 trees, bushes and plants to the 5th as part of the renovation.

The three-time PGA Tour champion and European Ryder Cup stalwart posted a photo of his Masters yardage book showing the old and new 5th holes side-by-side, along with some details on the changes made. 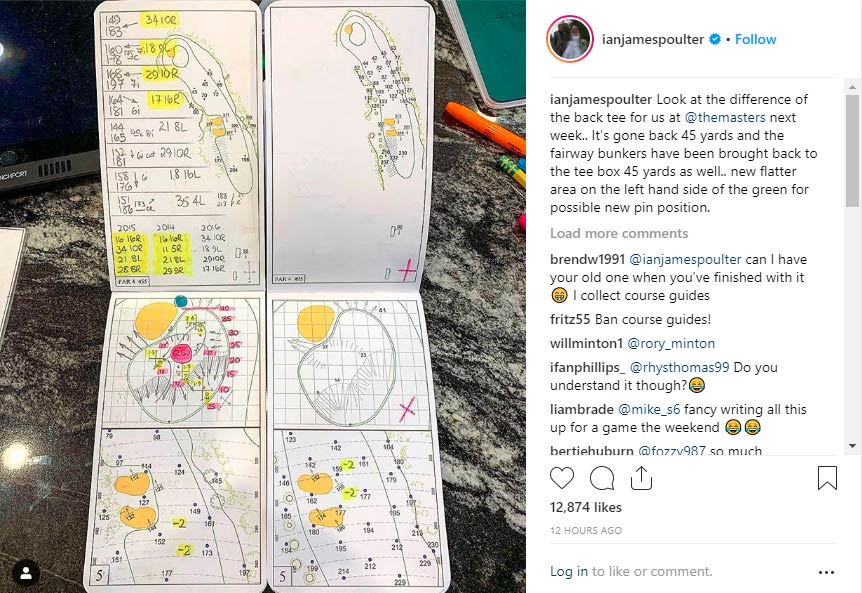 As Poulter notes, the back tee box has been moved back a full 45 yards, which is even more than was rumored from last year’s reports. The fairway bunkers that guard the 5th hole have also been moved back 45 yards in line with the tee box.

Tournaments
Survey: Here’s how many pros say they’ve been reprimanded by Augusta National

Finally, Poulter reveals that there is a “new flatter area on the left hand side of the green for possible new pin position.”

The par-4 5th played 455 yards at last year’s Masters, so now the pros could be faced with an intimidating 500-yard par 4 instead.

Course changes are not new for Augusta National. The club has frequently lengthened and altered (mostly lengthened) the course for decades to fit the increased power of modern PGA Tour pros. We’ll have to wait until Thursday’s first round to see if the pros can handle the new No. 5.