Masters Champions Dinner: Everything you need to know 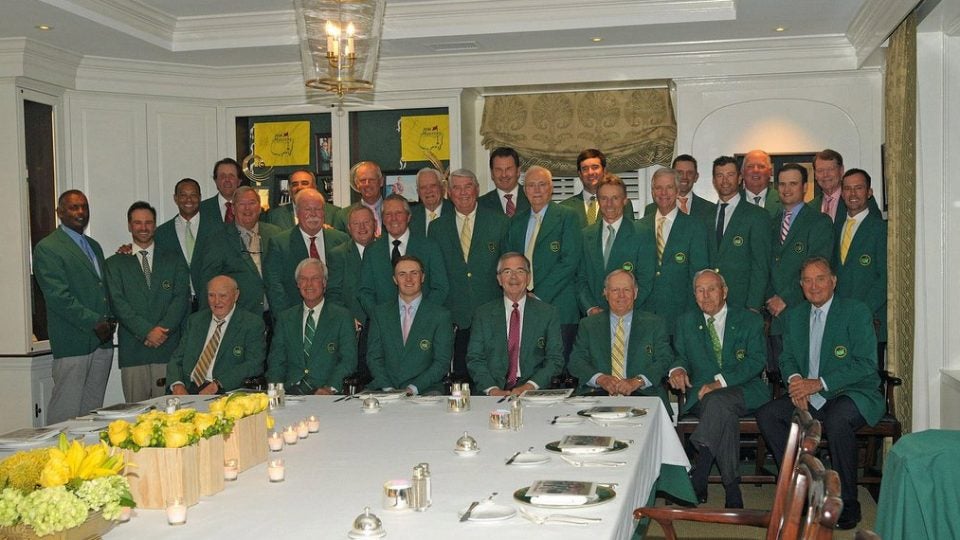 A photo of all the Masters champions that attended the 2016 Masters Champions dinner held in honor of 2015 champion Jordan Spieth.
@PGATOUR

Every year at Augusta National Golf Club a dinner is held Tuesday night before the tournament begins. But this is not a normal meal. In fact, it’s one of the most exclusive dinners on Earth. That’s because you have to win the Masters to get a seat (or be one of the more important members of Augusta National).

The Masters Champions Dinner, as it is has come to be known, was started in 1952 by Ben Hogan. Officially known as the Masters Club Dinner, tradition has it that the winner of the previous year’s Masters tournament hosts the dinner and picks the menu.

Below you can find a list of the menus at the most recent dinners.

Phil Mickelson, 2011: Seafood paella and machango-topped filet mignon. Mickelson chose a Spanish menu in honor of Seve Ballesteros, who was too ill to attend.