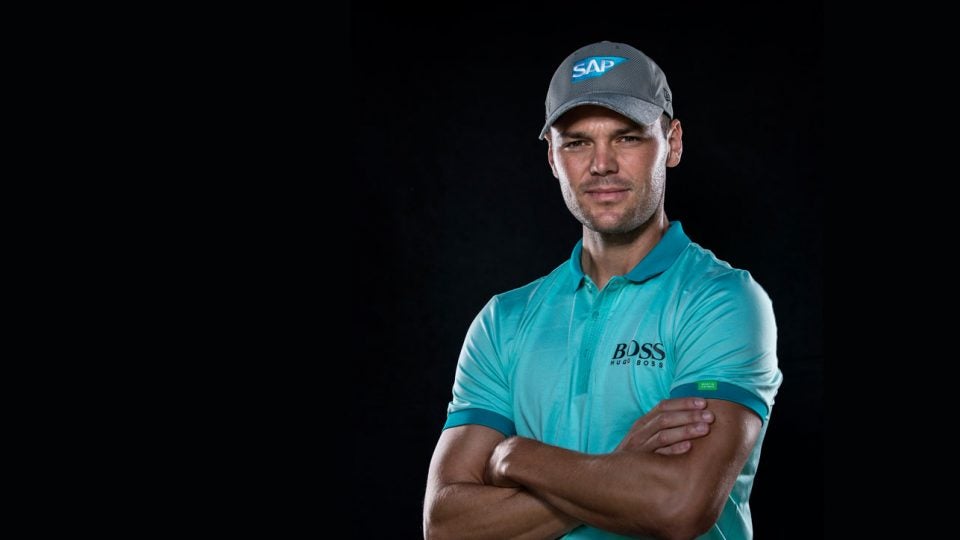 Martin Kaymer has dropped down to no. 129 in the Official World Golf Ranking.
Getty Images

At this rate, Martin Kaymer wins a major every four years. This year’s PGA Championship at Bellerive is his last chance to make good on that trend.

In 2010, you edged out Bubba Watson in a three- hole playoff to win the PGA Championship, the first of your two majors. Eight years later, is there a particular memory that sticks out?

Yeah, how clear it was, the  way I was going to win. Before Bubba and I even went into  the playoff, I already had in  my mind how the 10th, 17th  and 18th holes would look.  The 10th was very clear for me—he would make birdie, because he’s so much longer than me. Then I would need to pick up a shot on 17 and 18. And I did. In my mind, I had it already played through. It was huge proof to me of how strong the mental approach can be.

It was a crazy scene that day, with Dustin Johnson grounding his club in a fairway bunker on the 72nd hole. His two-stroke penalty effectively eliminated him from playing extra holes. You finished before DJ, so you got  to watch the chaos unfold. Did you get emotionally involved with what was going on?

Honestly, I was a bit overwhelmed, because my goal on that Sunday was not to win the golf tournament. I thought I wasn’t ready yet. It was only my second year on Tour and for me it was more important to make that year’s Ryder Cup team. If I played well on Sunday, I would make the team. And then I found myself in a playoff, and because I was so overwhelmed I didn’t really have time to think about winning my first major. On the other hand, it’s a bit of a shame that I was not fully aware of my situation and how great it was.

When did it set in?

Well, the next morning, I flew to Jamaica. It was a vacation I had already planned with my girlfriend at the time. And I was walking to the plane, and people had the newspaper out, and I was on the front page. I was so embarrassed, because some people recognized me and I didn’t really know how to react. On the flight, I had a chance to reflect on what had happened. But where it  really got to me was when I  got home to Germany. There  was a press conference set up  in Düsseldorf, where I’m from. And the media interest was huge.

You’re one of the rare  ones: a PGA champion, a  U.S. Open champion and  a Players champion. How  does the Players win compare to your two major titles?

It’s always a very difficult test. [Sawgrass] is one of those golf courses that really requires everything from you. You need to hit good tee shots, and once you hit fairways you get some chances here and there to make  birdies. But if you miss the fairways, it’s very difficult to stop  the ball on the greens. I know there are a lot of players who  treat it like a major, because, mentally, it can be that tough.  So for me being successful there in 2014 was a huge achievement.

Should it be a major?

We have four majors. That  title belongs to those four  tournaments, and it’s the way  it should be, I believe. But at  the end of the day, if you win on Sunday afternoon, that’s what  it comes down to. For me, it doesn’t really matter if it means you won another major or not.

As someone who has won  a U.S. Open, at Pinehurst  in 2014, do you consider  it the toughest test in golf?
It depends on the golf course.  The toughest test for me is, I think, the Masters. It’s the toughest golf course that we  play, in my opinion. The U.S. Open can suit your game— or not. And Pinehurst really suited my game. I felt comfortable in many ways that week.

You made it look easy: an 8-stroke, wire-to-wire win.

Well, it might have looked  easy, but it was quite difficult. Leading by six, seven shots on Sunday, you’re kind of playing your own tournament, and you need to keep the pressure on, because if you play lousy a little bit or if you play a little defensively, the other guys—they’re not holding back. So it required more of a mental approach.

You won your first major  in 2010 and your second  in 2014. And now here  we are, another four  years later. Think you  can continue the trend?

I hope I give myself a chance.  I think I’m trending in the  right direction. And it’s a Ryder Cup year, so I’d love to play for Europe and for Thomas Bjorn. Hopefully, I can set myself up  for another Sunday afternoon.