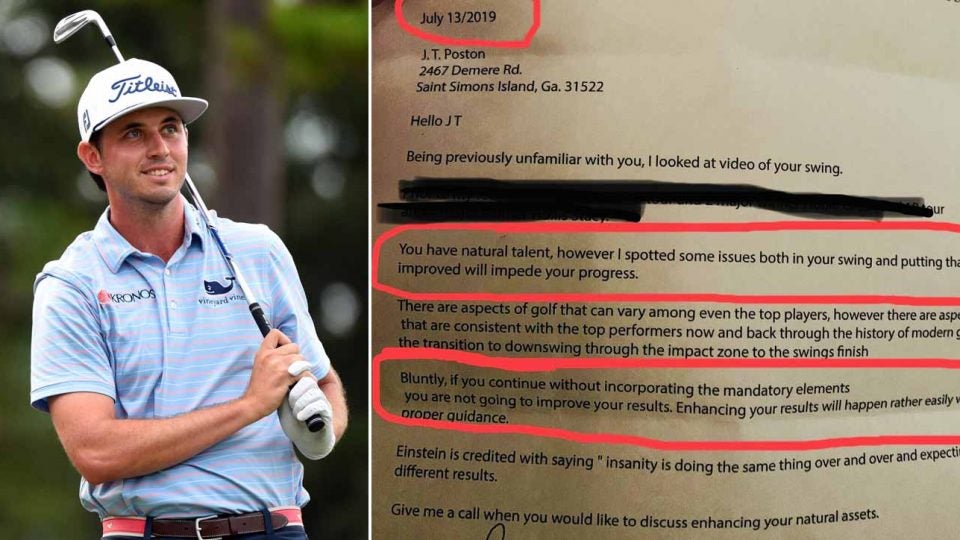 J.T. Poston stormed to his first PGA Tour victory on Sunday at the Wyndham Championship. Winless Tour pros don’t usually need extra motivation to break through with that first title, but Poston had it last week, in the form of an unprovoked letter he received that trashed his game.

Before last week, Poston, 26, hadn’t won on Tour, but he wasn’t exactly in a deep slump. In fact, he was having the best season of his young career. With 20 cuts made and two top-10s, he was sitting in 83rd in the FedEx Cup standings, a big improvement on his 117th place finish in 2018.

But none of that stopped one undisclosed critic from typing out a critical letter and firing it off to JT. On Tuesday, Twitter user Jeremy Elliott (@jeremygelliott) shared his missive. Fellow Tour pro Kevin Mitchell sent a photo of the letter to JT early in the week at the Wyndham, inspiring Poston’s prophetic retort: “When I win, I’m sending it back in 1,000 pieces.”

The partially redacted letter, which carries the date of July 13, begins, “Hello JT, Being previously unfamiliar with you, I looked at a video of your swing…” Then the author digs.

“I spotted some issues both in your swing and putting that until improved will impede your progress,” it read. “Bluntly, if you continue without incorporating the mandatory elements you are not going to improve your results.” 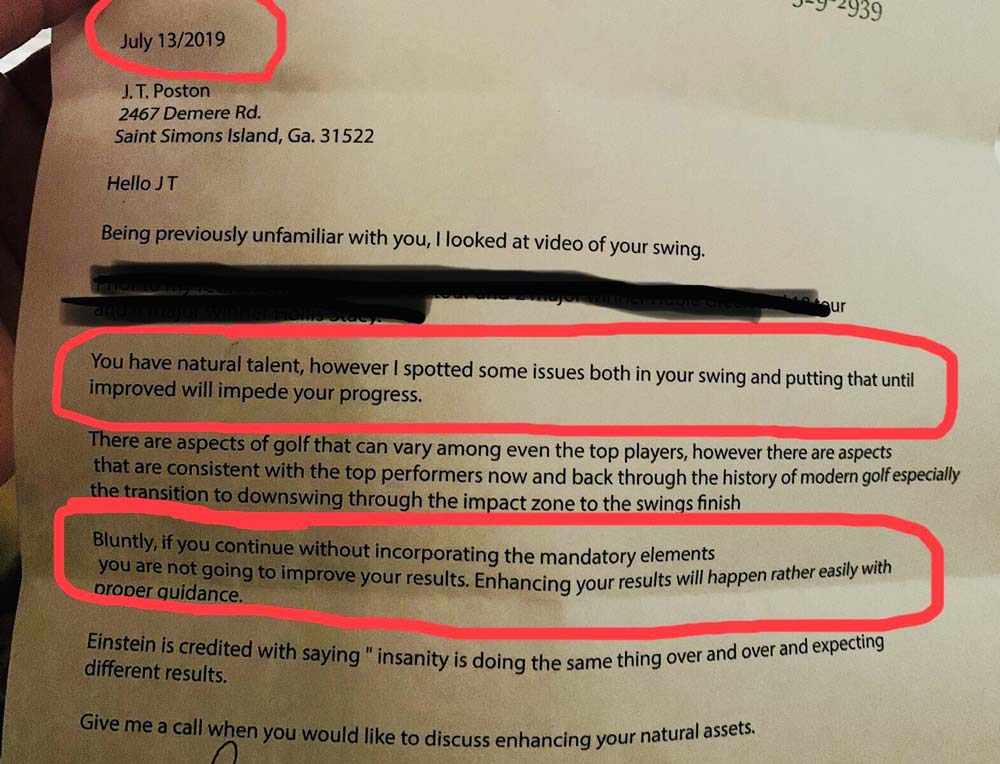 Of course, Poston ultimately got the last laugh, thanks to an incredible final-round 62 at Sedgefield CC that earned a trophy.

While he may or may not have shredded the letter and returned to sender, Poston did notice the tweet, and re-tweeted it, writing, “Sometimes a little extra motivation doesn’t hurt.”

With his inaugural victory, Poston earned over a million dollars and spot in the 2020 Masters. The 500 points he received launched him into 27th place in the FedEx (one better than the 2019 Masters champ himself, Tiger Woods). That means JT is almost assured a spot in the BMW Championship even with a mediocre finish at The Northern Trust.

More than anything though, he received the glorious satisfaction of shutting up his critics, and hopefully avoiding future diagnoses from armchair swing gurus.