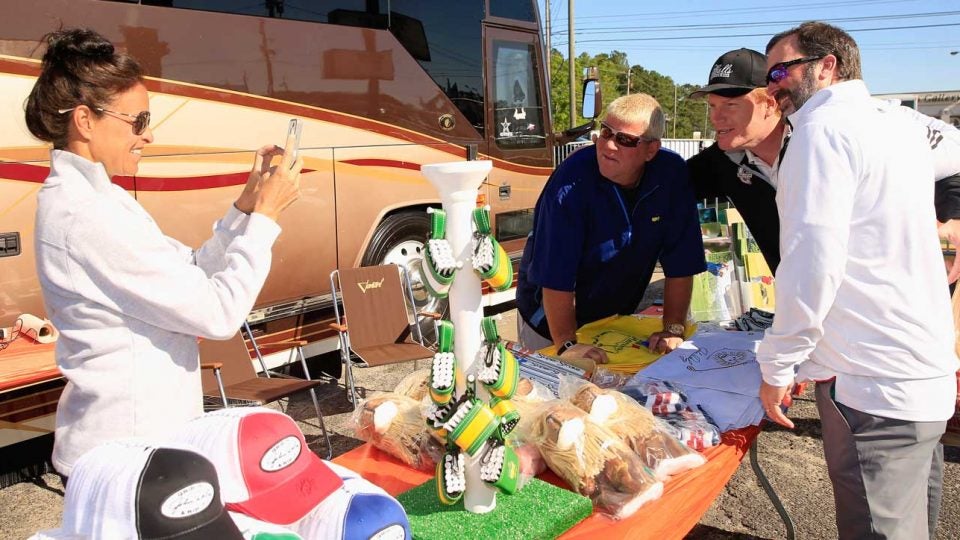 John Daly poses with fans on Washington Road before the third round of the 2016 Masters.

John Daly had to jump out of the way of an out-of-control vehicle that missed him and collided into his bus in Augusta, Ga. on Friday, according to a report by Golf Channel.

Despite having never won the Masters, Daly makes the annual trip to Augusta every April to sell merchandise and sign autographs for fans. He parks his RV bus in the parking lot of the local Hooters and sets up table to receive fans. That’s exactly where he was on Friday when a woman lost control of her car on nearby Washington Rd. and crashed into the bus.

Daly’s fiancée Anna Cladakis told Golf Channel, “It whaled into the front of the bus… John dove out of the way, he tweaked his knee.”

Australian sports radio host Mark Allen Allen was there and tweeted a photo of the scene.

Amazingly, no one in the crowded parking lot was injured, and Daly still plans to compete at the PGA Tour Champions Mitsubishi Electric Classic in Duluth, Ga. next week.