How to turn your backyard into a replica of Augusta National 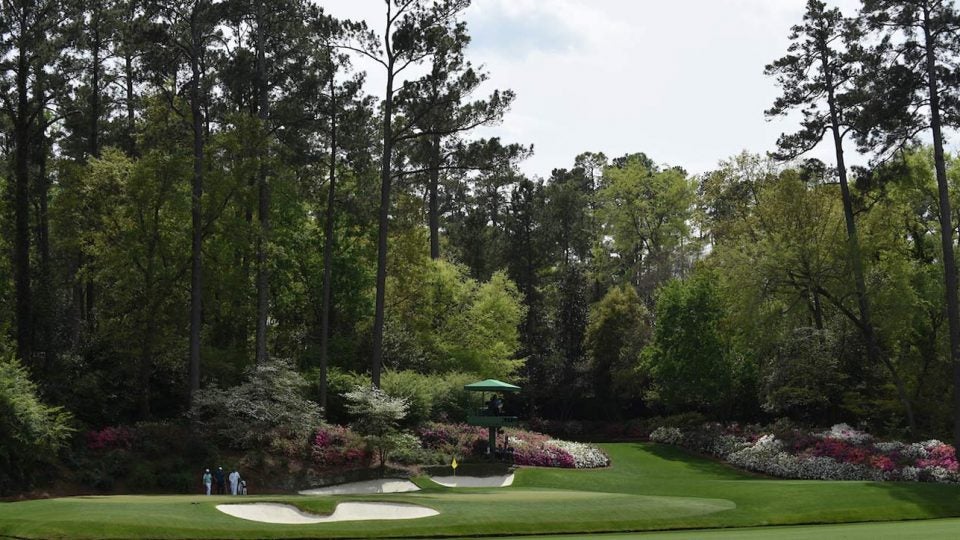 That’s a dream that surely every golfing homeowner has had—our own little perfect patch of flora and fauna in tribute to our favorite rite of spring. Of course, as Vaughn notes, when it comes to plants, “everything has to do with climate,” because temperature, humidity and rainfall, for starters, largely determine what will take root and what won’t. Temperate Augusta, for example, which has higher humidity and less rain than the rest of the state, can sometimes grow warmer-climate things that much of Georgia can’t.

“I always tell clients who want some specific plant they saw in Southern Living magazine, ‘You’re welcome to try it, or even try it twice, but don’t try it a third time because it’s just not going to work.’”

That’s good advice for mimicking swing moves as well. Anyway, here is Vaughn’s fantasy vision of his own backyard Augusta, with the hope that it inspires you to follow two-time Masters champion Ben Hogan’s edict: The secret is in the dirt. 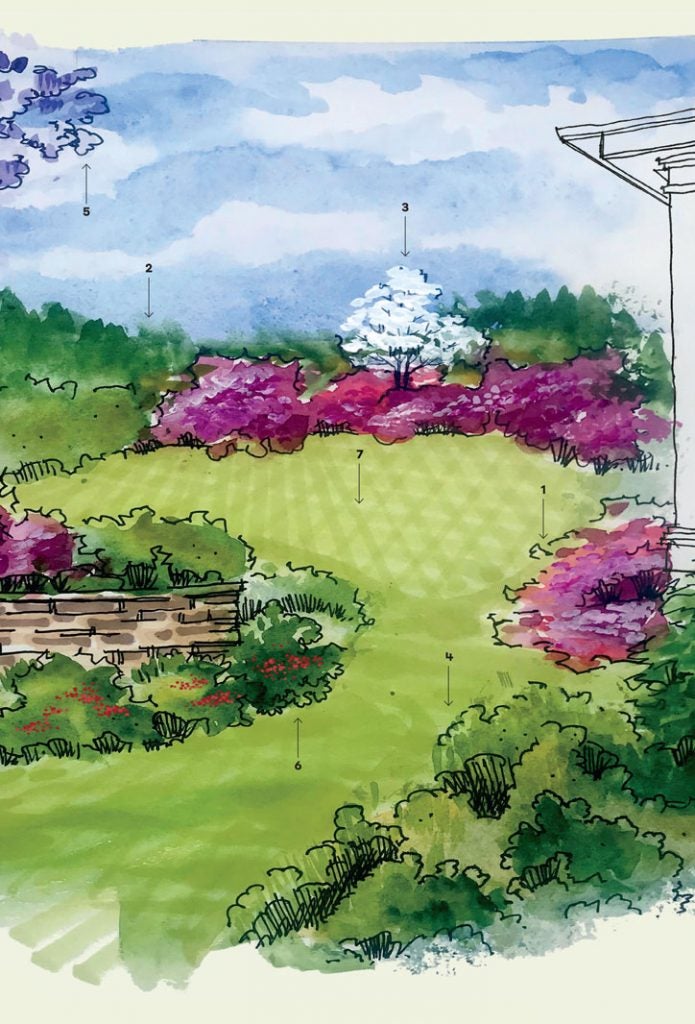 You can turn your backyard into a replica of Augusta National.
Andrew O'Neill

1. Azaleas
“The National has expanded its use of native azaleas recently. There’s one I call the Florida azalea—it’s orange—and a Piedmont azalea that’s pink. They’re deciduous, which means they drop their leaves in the winter, but when they bloom it’s these fantastic, alien-looking flowers. They’re also very low maintenance.”

3. Dogwoods
“Native to the area, dogwoods are scattered throughout ANGC. They’re ‘understory trees’ that are meant to grow under the canopy of bigger trees like pines, because they don’t do well in full sun. If they can be established, they usually last about 30-40 years.”

4. Camellias
“An Oriental plant, there are two common types of Camellias, and Augusta uses the somewhat showier of the two, the Japonica. They’re tough as nails, just like dogwoods, which is why these plants have become synonymous with Augusta.”

Tournaments
‘A Pod Unlike Any Other,’ our new podcast series, revisits forgotten Masters history

5. Wisteria
“There is native wisteria, but the common one around Augusta National is an Oriental wisteria. It has spectacular blooms, a wonderful smell and would be a fantastic plant if it just didn’t take over the world. To keep it from running amok you’ve got to be as great at maintenance as they are at Augusta.”

6. Nandina
“Nandina domestica isn’t native to the area. It’s a very hardy shrub with good color all around that can grow up to 5 or 6 feet. A real common, old-fashioned plant that people either love or hate.”

7. Artificial Turf
“No, Augusta National obviously doesn’t use any: The fairways are a Bermuda grass base over-seeded with perennial ryegrass, while the greens are Bent grass. The National also has great drainage and aeration systems and fungicides— they do what they need to do to keep things looking idyllic. If you want to do a putting green in your backyard, buy artificial turf, because greens must be mowed once daily…maybe twice if you’re seeking Masters-type speeds.”