Here’s what you missed from Round 2 of the WGC-FedEx St. Jude

Through two rounds in Memphis, the score at the top of the leaderboard didn’t change much, but the leader has.

Here’s everything you missed from Round 2 of the WGC-FedEx St. Jude Invitational.

Powered by a seven-birdie, one-bogey performance, Matthew Fitzpatrick jumped 12 spots up the leaderboard into the top position. The 24-year-old Englishman shot 67 on Thursday and is now 9 under par overall. He has a two-shot lead over four players tied at 7 under par.

Fitzpatrick has five European Tour victories on his resume but has yet to win on the PGA Tour. 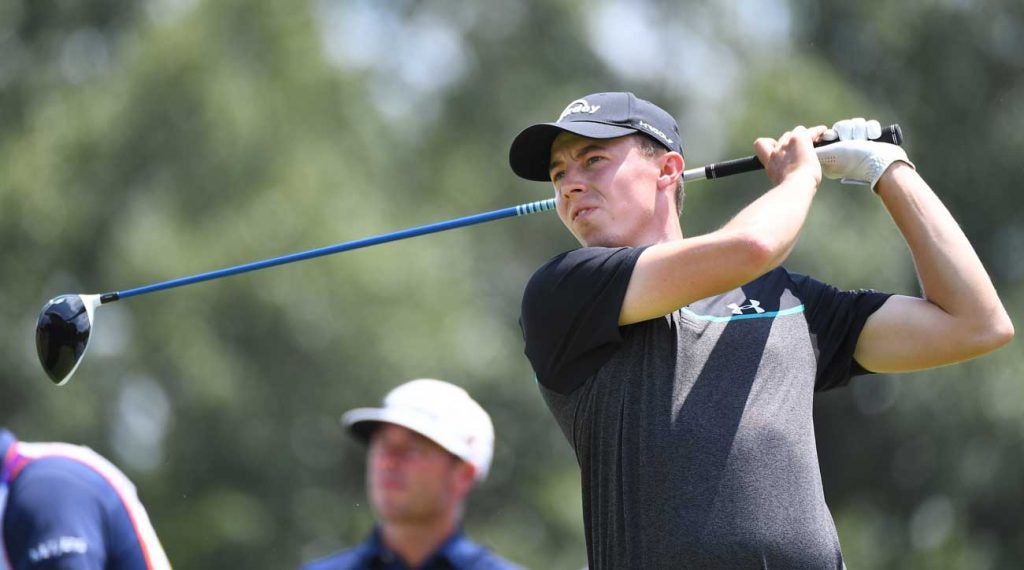 Matt Fitzpatrick has won five times on the European Tour and is hoping to add another victory to his resume at the WGC-FedEx St. Jude Invitational this week.
USA Today Sports

What happened to Jon Rahm?

First-round leader Jon Rahm had a tough time matching Thursday’s sizzling pace. He was 3 over par through his first 12 holes on Friday, but rallied a bit after that, carding three birdies and a bogey on his final six holes to sign for a one-over-par 71. He now trails Fitzpatrick by two shots.

News
‘What a disaster!’ Jon Rahm’s backward putt perfectly demonstrates the torture of Portrush
How'd the other big names play?

Justin Rose was steady, adding a 68 on Friday to his Thursday 67. He’s 5 under overall, and four shots back.

Brooks Kopeka is right there with him, shooting 68-67 to sit in a tie for 7th.

Rory McIlroy shot 3 under on Friday to get to 4 under par overall, and is five shots back.

Patrick Reed rallied nicely after opening with a 73 on Thursday. He shot 66 on Friday to move 23 spots up the leaderboard into T-29 at 1 under par overall.