The second stage of the FedEx Cup playoffs are upon us, where the top 70 players in the FedEx Cup standings punched their ticket for the right to battle it out at the BMW Championship in Illinois, hoping to claim a spot in the coveted top 30, which earns them a berth in next week’s Tour Championship.

Here’s everything you missed from Thursday’s action at Medinah.

A bogey-free, seven-birdie round propelled Justin Thomas to the top of the leaderboard, while Jason Kokrak carded six birdies, an eagle and a bogey en route to his round of seven-under-par 65 to match Thomas.

Thomas has nine Tour wins on his resume, but hasn’t notched a victory since the 2017 CJ Cup at Nine Bridges. He has five top-10 finishes thus far this season. 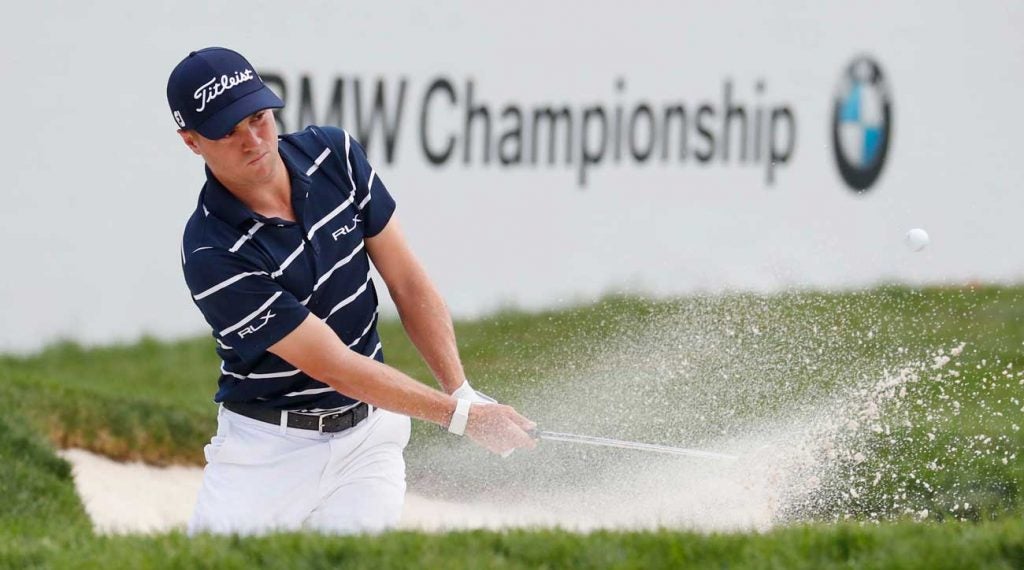 A four-birdie, three-bogey round left Tiger Woods T-50 and one under par overall at the conclusion of the first round. At No. 38 in the FedEx Cup standings, he has some work to do over the next three rounds if he wants to earn his way into the Tour Championship, where he’s the defending champ.

News
This stat suggests Tiger Woods is actually the most consistent star on Tour
How did the other big names play?

Adam Scott and Rickie Fowler are T-8 at five under par.

Rory McIlroy is T-26 at three under par.

Dustin Johnson, Phil Mickelson and Jordan Spieth are T-36 at two under par.

Bryson DeChambeau and Tiger Woods are T-50 at one under par.

News
2019 BMW Championship tee times: Friday second round pairings at Medinah
Who else could earn their way into the Tour Championship?

Based on Thursday’s standings, there are several names that could jump into the field in Atlanta with a good finish this week.

Jim Furyk is six under par in T-3, and is projected to move from No. 48 in the FedEx standings to No. 24 is he can maintain his position.