After a stormy setback, a venerable golf nirvana is seducing us again 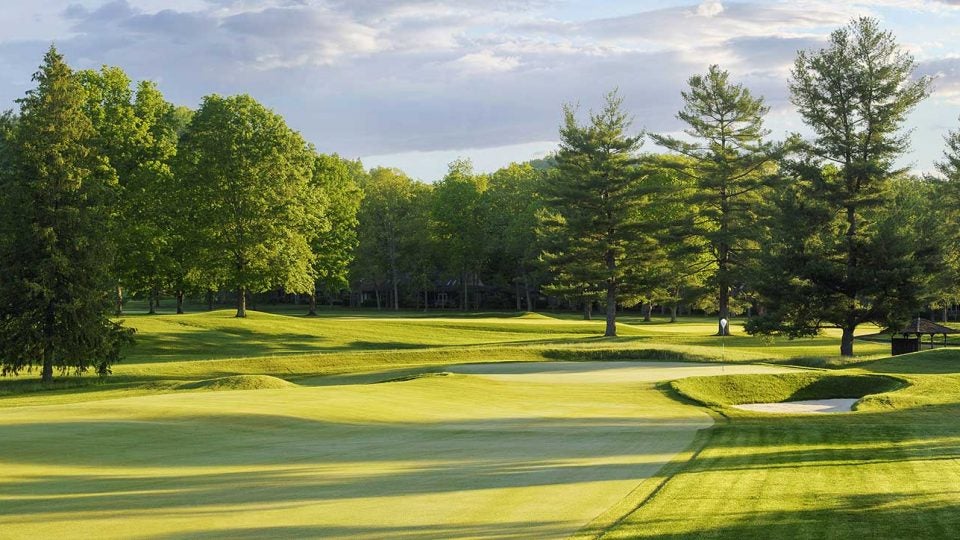 When you call yourself “America’s Resort,” you’d better back it up, and The Greenbrier does just that.

Tucked into the Allegheny Mountains in West Virginia, this lush sanctuary and its healing spring waters have greeted guests since 1778. Twenty-seven U.S. Presidents have visited. So have countless Hopes and Crosbys. Sam Snead, a longtime pro here, presided over a collection of three courses, one now called the Meadows, another known as the Greenbrier and Snead’s ultimate pride and joy, the Old White TPC, which hosts the PGA Tour’s newly renamed A Military Tribute at the Greenbrier this week.

Faithfully restored to the 1913 C.B. Macdonald original following a devastating flood in 2016, the Old White TPC soaks up praise from tourists and purists alike for its revered classical design virtues and “template” holes, its playability for all levels, its routing through mountainsides and valleys, and its soothing scenery.

Sure, you could spend an entire stay sampling the resort’s spa, sporting clays, fine dining and casino gaming. You could even tour the once-secret underground bunker built as a Cold War fallout shelter to house members of the U.S. Congress.

But golf is why you go, and for golfers, the best bunkers at The Greenbrier line fairways and frame greens at the Old White TPC. That’s where the fireworks were held as the Tour celebrated Independence Day at — where else? — America’s Resort.