U.S. Open leader Gary Woodland co-starred in the Tour’s most viral video ever 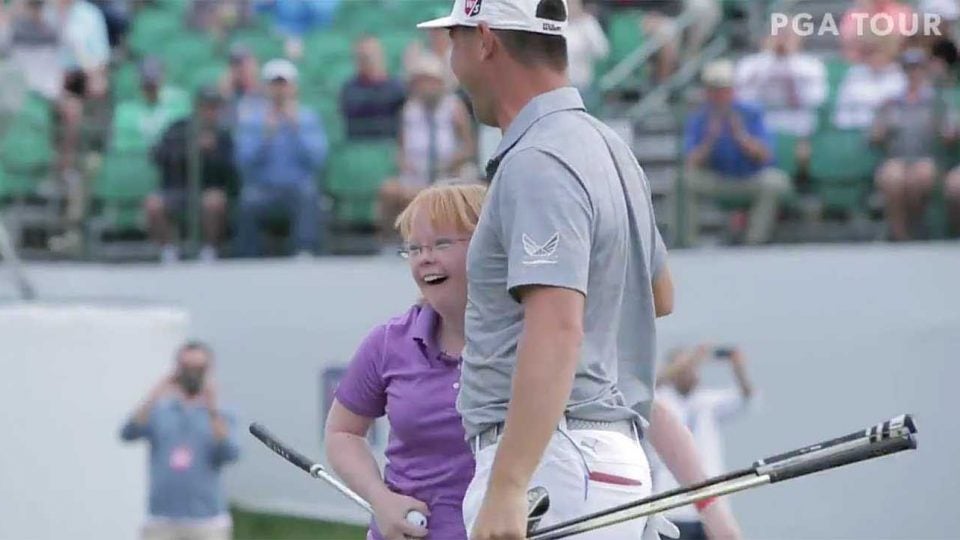 Gary Woodland will begin his final round of the U.S. Open at Pebble Beach with a one-shot lead as he chases his first career major. It’s a big moment for the 35-year-old from Topeka, Kansas — probably the biggest of his career.

But it won’t be his first time in the spotlight. He contended at the PGA Championship at Bellerive last August, where he hung in all weekend before tying for sixth. Earlier this year, he might’ve had his biggest star turn of all: a viral video from the 2019 Waste Management Phoenix Open.

A few days before he landed in Phoenix to defend his win at TPC Scottsdale, Woodland received word from the Tour that during a practice round they wanted him to play the famed par-3 16th hole with a Special Olympics golfer named Amy Bockerstette. Woodland was all in.

With cameras rolling, Bockerstette knocked her tee shot into a bunker, blasted out to eight feet and then drained the putt for one of the most feel-good pars you’ll find anywhere on the Internet. Here’s the video, which today has more than 5 million views.

How a superstar named Amy teamed up with @GaryWoodland to win the hearts of the 16th hole crowd @WMPhoenixOpen.#LiveUnderPar pic.twitter.com/iRhZbvdjuP

“I’ve done a lot of stuff being the defending champ, but that was by far the coolest thing that I got asked to do and something I’ll never forget,” Woodland said that afternoon. “I told her she was an inspiration to all of us and we can all learn from her. She was dealt with some serious issues and she’s overcome them and she is phenomenal. She was so sweet, she was so excited and happy and that’s something that we can all learn from. When things aren’t going our way we can definitely look back at her. And I told her she was a hero and to keep doing what she’s doing because we’re all going to be following her.”

Bockerstette, who has Down syndrome, is an accomplished player who reportedly signed a letter of intent to play golf at Paradise Valley Community College. She averaged a score of 48 on her high school team as its No. 3 player. She may be tuning into Sunday’s final round of the U.S. Open with a rooting interest.