World Golf of Famer Fred Couples turned 59 years old on Wednesday. On Friday, he fired a 65 and made his 500th career PGA Tour cut.

Couples made an incredible eight birdies in the second round of the Safeway Open. That left him T24 at the inaugural event of the 2018-19 Tour season. 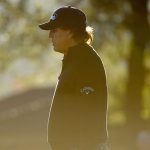 You may also like ‘It doesn’t come easy anymore’: Fatigued Phil Mickelson plans to sharply reduce schedule next year

Golf’s ageless one has routinely lit up the Champions tour in recent years, and every April he seems to be a threat at Augusta National (he made the cut and finished T38 in 2018). But making a cut in a regular PGA Tour event, no matter the strength of the field, is an incredible accomplishment for a near-60 year old. He has played on Tour since 1981 and captured his first of 15 career victories in 1983.

Couples’s Friday 65 matched the score of his playing partner, 37-year-old Brandt Snedeker. Snedeker’s score was good enough to give him a three-shot lead at Silverado Resort, seven shots clear of the 1992 Masters champion.

After the round, and with Couples standing next to him, Snedeker quipped, “I couldn’t lose to a 59-year-old.”

With the Masters in April and now the Safeway, Couples has made 492 official PGA Tour cuts in his long career, plus eight made cuts at the British Open prior to the Tour recognizing it as an official event.

If he were somehow able to win this weekend, he would easily become the oldest PGA Tour winner in history. Sam Snead holds the current record at 52. To do so, he won’t just have to beat Snedeker but 48-year-old Phil Mickelson as well, who sat three shots back in a tie for second through 36 holes.