Five things to know about TPC Sawgrass, home of the Players Championship 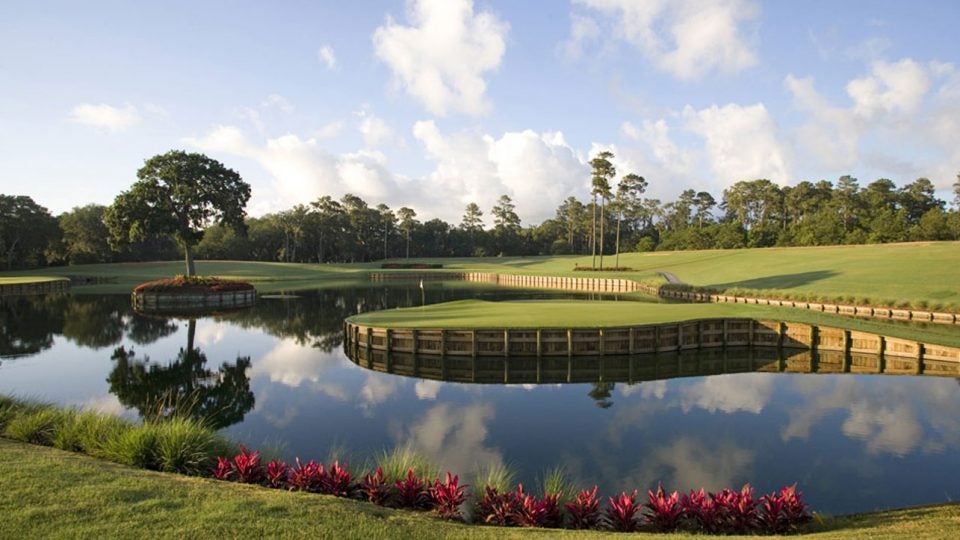 There is no more iconic hole at TPC Sawgrass than the "Island Green" 17th hole.

Here’s everything you need to know about TPC Sawgrass.

The origin: TPC Sawgrass opened for business in 1980, as it was the first of several TPC stadium-style courses to be built by the PGA Tour. TPC Sawgrass’ development was part of a vision by former PGA Tour commissioner Deane Beman to increase fan engagement and the fan experience at professional golf tournaments. Thus, the Stadium Course was created for spectators, as it holds as many as 36,000 fans today. While the course has been popular with fans, it was originally not a favorite of most players. Many golfers were highly critical of the Stadium Course after many of the best Tour pros didn’t make the cut at the first Players hosted there. TPC Sawgrass also serves as the headquarters of the PGA Tour.

The design: The 18-hole Stadium Course, which runs 7,245 yards, was designed by Peter and Alice Dye. The par-72 track’s greens and fairways are both made from Bermuda grass, and the layout is designed so that no two consecutive holes ever play in the same direction. Therefore, the strong wind that always has an impact at TPC Sawgrass has a most-balanced influence on play. The Stadium Course has traditional Scottish links-style bunkers and water hazards that come into play on every hole, as well as hundreds of trees lining the course. The watery finishing stretch, and notably the par-3 17th hole, makes for plenty of excitement on Sunday afternoon of the Players. 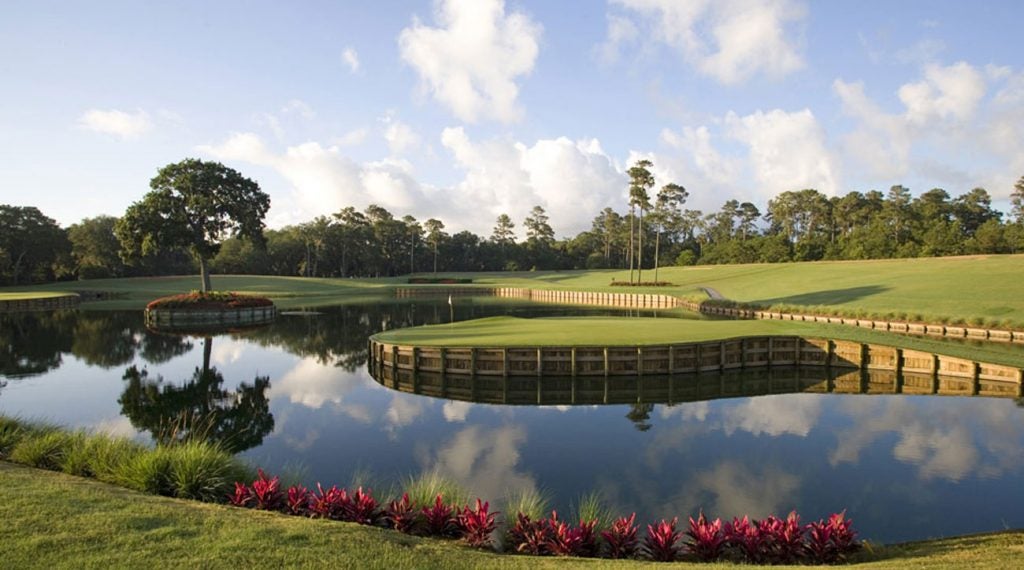 There is no more iconic hole at TPC Sawgrass than the "Island Green" 17th hole.

The most iconic hole: The par-3, 137-yard 17th hole, more commonly referred to as the “Island Green,” is TPC Sawgrass’ most famous hole. It’s the shortest on the course, but the original design actually came about by accident. It was supposed to be a par-3 green only partially surrounded by a lake. However, the soil surrounding the green consisted of sand, which is rare in swamplands. By the time the course was near completion, all the sand had been dug from the area and left a large crater. Alice Dye suggested the Island Green concept, remembering another course with a similar green. Pete was not thrilled with the idea, but he went ahead with it.

Despite being called the Island Green, it’s technically a peninsula. The green is completely surrounded by water outside of a small path that leads to the green and connects it to the rest of the course. The wide green is protected by a small bunker located in front of it. The bunker will sometimes be a relief to players who come up short and don’t hit the green. Wind is a factor here, so club selection is key on the 17th hole. And if your ball doesn’t hit the green or bunker, it’s going into the water. Some of the most iconic moments to occur at the Island Green includesTiger Woods’ “Better than Most” birdie putt during the 2001 Players and Fred Couples’ “Hole-in-Three” in 1999.

The toughest hole: The par-3, 237-yard 8th rated as one of the 20 most difficult par-3s on the PGA Tour last year. It plays as the No. 7 handicap hole on the course and is the longest par-3 on the track. It has a scoring average of 3.235, and while 29 percent of scores end up being bogeys, which is the most of any hole on the course, only 6 percent result in birdies, the lowest of any hole. A long iron or fairway wood is necessary to hit the green, which is narrow and sloping, and it’s protected by numerous bunkers on all sides. The key to this hole is putting, and settling for par here is worthy of a celebration.

The easiest hole: The par-5, 532-yard 2nd is a relatively short par-5 and plays as the No. 15 handicap on the course. With a scoring average of 4.557, the 2nd hole has the lowest scoring average of any of the par-5s. Only 6 percent of scores end up being bogeys. A long and accurate drive will allow most players to try and and reach the green in two shots. The fairway is lined with trees on both sides, while a water hazard is located to the right of the fairway. Both the trees and water hazard protect the sloped landing area of the fairway. The green is surrounded by deep bunkers on both sides.