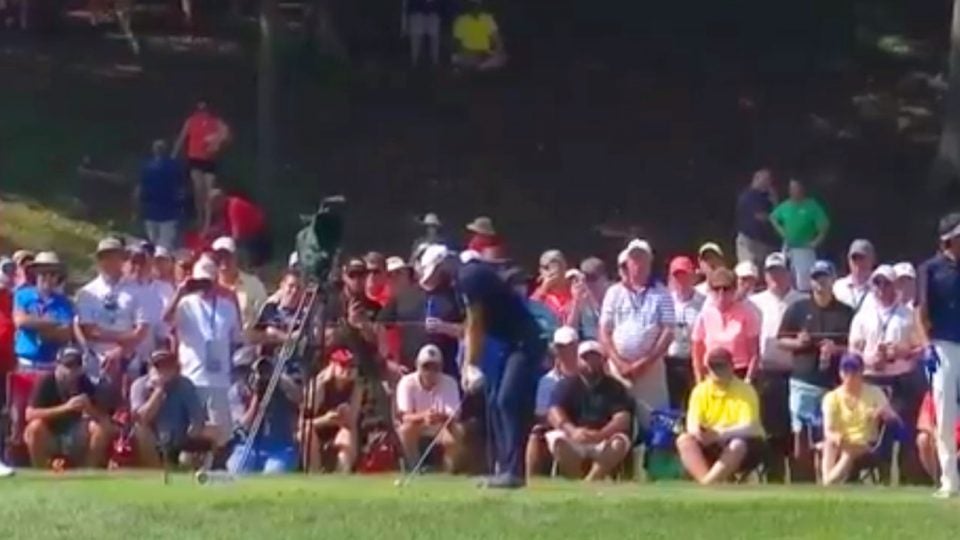 Dustin Johnson on the 3rd tee Friday at the 2018 PGA Championship.
Getty Images

Dustin Johnson is known for staying cool under pressure and never letting anything disturb his focus. That was on full display Friday at the PGA Championship.

Just as Johnson began his swing on the tee of the par-3 3rd hole, cameras caught a rogue golf ball fly into the screen from the left and nearly hit the World’s No. 1 golfer before bouncing harmlessly nearby.

Amazingly, Johnson never reacted and continued his swing. He stuck his tee shot to about 11 feet and rolled in the putt for birdie.

Johnson finished with a four-under 66, moving him to seven under for the tournament, just three shots behind leader Gary Woodland.

Check out the bizarre moment below.

You don't see this every day…