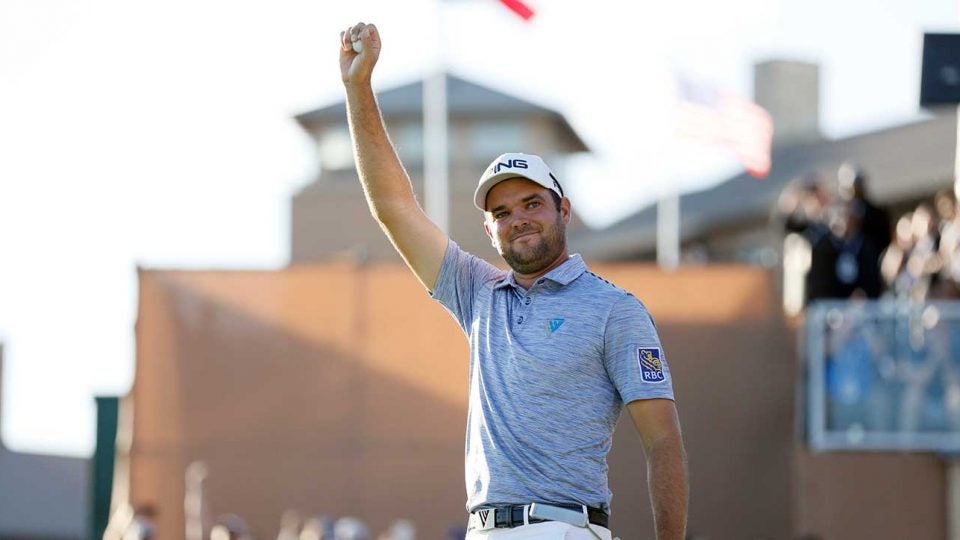 Corey Conners became the answer to a golf trivia question on Sunday night when he became the last Monday qualifier to win on the PGA Tour.

Conners closed with a six-under 66 to beat Charley Hoffman by two and win for the first time in his career. He was the first Monday qualifier to win since 2010 and just the fifth since 1980.

Conners, 27, was the last one into the Valero field, getting through a 6-for-1 playoff on Monday.

Paul Barjon, Roland Thatcher and Zack Fischer are into the Valero with 65's

Conners started the final round one behind Si Woo Kim, but he birdied four of the first five holes and grabbed a quick four-shot lead. He gave it back with four straight bogeys to close his front nine, but a six-birdie back nine valued him to victory.

Conners’ next start? The Masters at Augusta National Golf Club.