Tour Confidential: Why The Match worked (and why it didn’t)

Check in every Sunday night for the unfiltered opinions of our writers and editors as they discuss the hottest topics in the sport, and join the conversation by tweeting us @golf_com. Tonight we discuss the best and worst from The Match between Tiger Woods and Phil Mickelson, Woods’s return to the Hero World Challenge (and his expectations for 2019) and more.

1. After months of hype and anticipation, we finally saw The Match unfold on Friday at Shadow Creek in Las Vegas. There was some good, some bad and even some weird in the inaugural showdown. Would you consider the entire event a birdie, par or a bogey?

Josh Sens, contributing writer (@JoshSens): On some of its own most explicit terms, it was worse than bogey. It was “take an X and move on to the next tee.” The play was poor. The banter was painful. And the promised side wagers all but petered out just at the point when the match finally picked up some tension. We were also told that this would show us Phil and Tiger, up close and personal, as we’d never seen them before. What it wound up showing us was Phil and Tiger exactly as we’ve always believed them to be. Then there’s this: In the HBO promo, the two stars talked a lot about the event as a vehicle for growing the game. If you believe it succeeded on that front, you probably also think that yacht racing arouses popular interest in boating. Where The Match worked was as a dose of entertainment for the audience it was really meant for all along: golf nerds and gamblers, many of whom, like me, are one and the same.

Michael Bamberger, senior writer: I watched it in person. It was odd and, in the end, entertaining. But to grade it with a birdie, par or bogey is to imply it was real golf and it wasn’t.

Josh Berhow, news editor (@Josh_Berhow): It was successful, or not, based on what you viewed it as: a match play event between two golfers or a gimmicky show for your entertainment. If you wanted the former you were probably disappointed. As Sens said, there is an audience for this. If you were sitting in a Sportsbook and making wagers on the hole unfolding in front of you, it was probably a lot of fun. But if you wanted riveting match play to rival the final day of a Ryder Cup — heck, to rival the WGC-Dell Technologies Match Play — well, this wasn’t that. It was basically what I think a lot of people expected. Not great. Not bad. Kinda meh.

Luke Kerr-Dineen, instruction editor (@LukeKerrDineen): Yeah. I think Josh has it right. It’s a bit like missing a makeable birdie putt for a par. Not bad, some encouraging signs that makes you believe there’s enough to try again, but on this occasion, it all felt slightly underwhelming. I do think there was enough potential illustrated to try this format again next time. 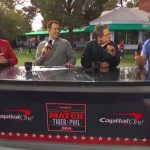 2. Which part of The Match was better than you expected? And which part disappointed?

Sens: The banter was awful, but that’s not so unexpected. The quality of play was the big disappointment. Mostly, I thought the motley and overstaffed broadcast crew did a good job with what they were given. Barkley, in my view, was in especially fine form.

Bamberger: The course. I had heard so much about Shadow Creek over the years and it seemed like such a showy and ridiculous use of the world’s limited water supply. After seeing it and walking it, I’d say that’s right. But it’s a good course with good holes and (surprise!) an unpretentious clubhouse.

Berhow: The drone shots for some of the putts were pretty cool. The banter disappointed (shocker), and deciding this whole thing from a putting green (with teed up golf balls!) to a green just 93 yards away seemed very anticlimactic. Although maybe that ending was strangely fitting.

Kerr-Dineen: The much-hyped “trash talk” was painfully awkward and wholly underwhelming. I was a bit disappointed by the overall on-course commentary, too. It was a bit too straight-and-narrow for the event; I’d have liked to see Barkley more involved in the play-by-play. What was better than I expected? Probably the playoff. Wedging it off a green to another green with $9 million on the line? Bonkers.

3. Assuming a Match II is in our future (presumably involving some other players), what’s one adjustment you would suggest for the sequel?

Sens: Just one? I’m with Eddie Pepperell — two guys playing for $9 million is unattractive, all the more so when the cash is piled up obscenely in front of the winner. Have them play for more of their own money and put a greater percentage of the whole shebang to charity. Oh, and ixnay the pay-per-view. The fact that the technology failed should be taken as a sign that it was every color of wrong from the start.

Bamberger: Take if off TV completely. Winner-takes-all of the gate. Give it some mystery. Make it two-on-two.

Berhow: I couldn’t care less about a $9 million purse or a $100k side bet. And as cool as it might sound to say “commercial free!” it just isn’t a good idea for a two-person golf event. There’s just too much downtime and that puts pressure on analysts to fill dead air and on the mic’d up golfers to entertain. Not everyone is wired that way (see: Woods, Tiger). And what’s so wrong with commercials anyway? We have a bazillion channels these days; we can watch something else after they hit their drives and don’t have to listen to Phil say, “Wow, what a view this is.” So just pick a pair of golfers (Spieth vs. DJ!) or a foursome (Tiger/Wie vs. Phil/Lexi!) and have them play 18 holes on cable on a great course the public doesn’t get to see often. It’s November. We don’t need all these bells and whistles to attract us to big names playing golf. Most people would tune in to watch them play for nothing but pride.

Kerr-Dineen: I don’t think Phil-Tiger was necessarily the problem; the problem is that they didn’t get any support. I’m alright with a re-match next year, but there NEEDS to be some undercards. Tiger-Phil at the top of the order, some kind of LPGA vs. PGA match up, and how about a celeb match up? Romo vs. Steph? Give fans a slate of fun matches, and The Match 2.0 will hype itself.

4. The Match provided us our first good look at how betting probabilities can be integrated into a golf broadcast. Given the PGA Tour’s bullishness on “in-game” betting, do you suppose we’ll soon see odds included in telecasts of regular Tour events, and would you take any issue with such an addition?

Sens: Welcome to the future. There’s no doubt that this is coming. And there are plenty of sound ethical arguments to be made against it. But if we’re talking about it strictly as a broadcast feature, you’ve got to have it. That’s why lots and lots of people will be tuning in.

Bamberger: Of course! The Tour fishes in the Revenue Stream and always has. A four-day stroke total is important to the players, but is it important to us? It depends on who wins. Is that Friday eight-footer that Brian Gay is standing over important to us? Can be now!

Berhow: Golf has frequently been behind the times, but it won’t be on this. No issue here. It might be pretty fun.

Kerr-Dineen: Without being too hyperbolic, I honestly think golf’s ability to host in-game betting for fans has the potential to grow the game more than we can even imagine. No other sport can do it quite like golf can, given the downtime between shots and the sheer number of variations on any given shot. We got the glimpse of it last week, and i’m very excited about it. 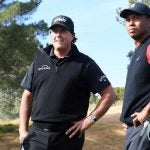 You may also like Report: PGA Tour limited side-bet challenges for Tiger vs. Phil match

5. Tiger Woods heads from Vegas to the Bahamas to host this week’s 18-player Hero World Challenge. When Woods made his much-anticipated return at this event a year ago, expectations were low — four healthy rounds was considered a success. Fast forward to this year’s Hero and much has changed. What would make Woods’s 2019 a successful season? A win? Multiple wins? A major title? And where does he finish this week?

Sens: Staying healthy and enjoying himself would be good outside measures of success. But by Woods’s own standards, he needs a W or two, especially a major. Anything less would be a disappointment to him, I would think.

Bamberger: Based on his Friday play in Las Vegas, I’d guess middle-of-the-field, but he really did not look comfortable with the mic in waistband or anything else. I imagine we’ll see Tiger contend a half dozen or so times this year and win one of those times, not likely in a major, but who the heck knows? His 2018 was a million times better than I would have guessed a year ago.

Berhow: He needs to be smart with his scheduling (I think he will), and he’ll get in the mix a half dozen times. I think he wins at least once in 2019 and could even snag a major — these are pretty good venues for him. But what’s a successful season for Tiger? I think the happy-to-be-here comeback tour is over. Major No. 15 is the only way he would call next year a success. As for the Hero? He’ll finish 3rd after jumping into contention with a fantastic Saturday.

Kerr-Dineen: I guess we should start talking about majors with Tiger at this point…but I’m just not there yet. Tiger, give me a win before Augusta, then I’ll reevaluate my tentative expectations.

6. The PGA Tour is headed to Japan. Beginning next year, and for at least the next five after that, the Tour will stop outside of Tokyo for the ZoZo Championship, which will replace the CIMB Classic in Malaysia. It’s the first official PGA Tour event held in Japan and will feature a $9.75 million purse. What other country would you like to see play host to a Tour event?

Sens: Brazil. A lot of time and money were put into building that Olympic Course in Rio. Remember how we were told it would be used to help expand the game? We get told a lot of things.

Bamberger: Pennsylvania. Colorado. Brazil is a good idea, Josh, but I’m really not sure the PGA Tour needs to schedule events outside the United States. Unless you disband the PGA Tour and all the other tours and create a true world tour, as Greg Norman was calling for years ago.

Berhow: I was just about to google some exotic locations but Michael is right; there are plenty of good options in the States that aren’t feeling the love!

Kerr-Dineen: I’ve always thought it would be cool if the wrap-around portion of the schedule was hosted entirely outside the U.S. Japan, Korea, China, Australia, then onto Hawaii. A “Pacific Swing”…how cool would that be?!