FARMINGDALE, N.Y. — Brooks Koepka is already hyped for the 2024 Ryder Cup held at Bethpage Black, where he just won the PGA Championship. Can you blame him? No. But Koepka isn’t excited about the course he would play — he’s just as interested in how the fans will react to such an event.

Many players have been asked about the venue’s future in advance of 2024, and Koepka was no different. “Good luck to Europe,” he said with a wry smile. “With the fans. I can’t wait to play it. I hope I’m on the team. If not, I just want to be here.”

Koepka was given a front row seat to the wrath of New York fans Sunday afternoon, and that seems to have him excited, knowing they’ll be on his side come 2024. On the 14th hole, as he was “half-choking” his lead, as he said, many fans started chanting in favor of Dustin Johnson, Koepka’s main competition.

“I think it helped me kind of refocus and hit a good one down 15,” Koepka said. “I think that was probably the best thing that could have happened.” 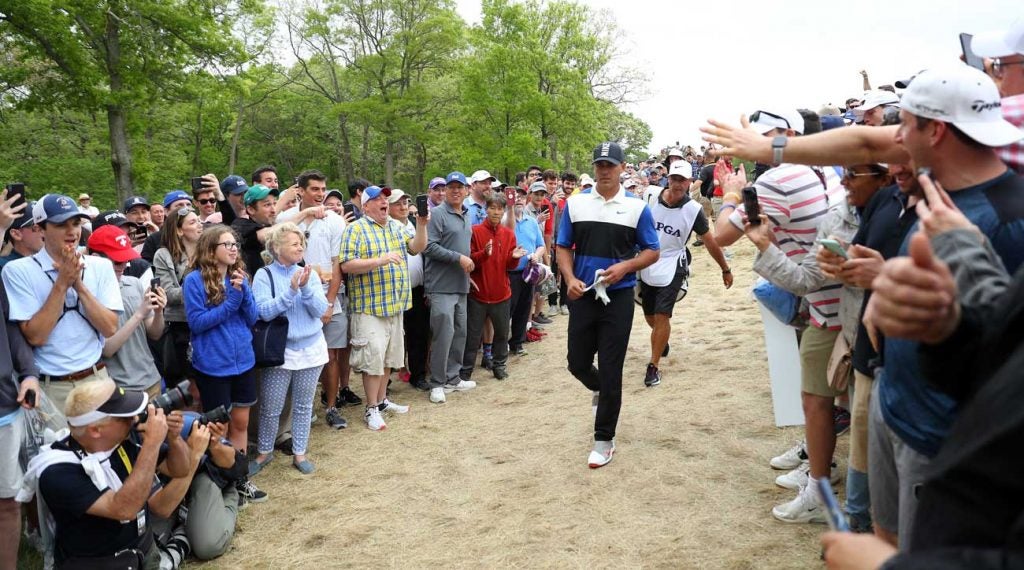 Koepka wasn’t the only player to provide an interesting answer to Bethpage as a Ryder Cup venue questions. His was just the most one-sided. Eddie Pepperell hopes he won’t make the team, and Rory McIlroy, a European stalwart, provided a very safe answer. “No comment,” McIlroy said.

Game on. Bethpage will not host the Ryder Cup for another four-and-a-half years, but it is rather likely that both Koepka and McIlroy are featured on their respective teams. They could very well face off in another battle like they did at Hazeltine in 2016. Oddly enough, that’s the same match where McIlroy had a rowdy fan ejected from the grounds.

As for the next 52 months, the event will certainly be on Koepka’s mind. “I’m excited already thinking about it,” he said. “This is one hell of a place to play Ryder Cup.”