Women and the PGA Tour: A closer look at the five ladies Brittany Lincicome is following to a men’s event 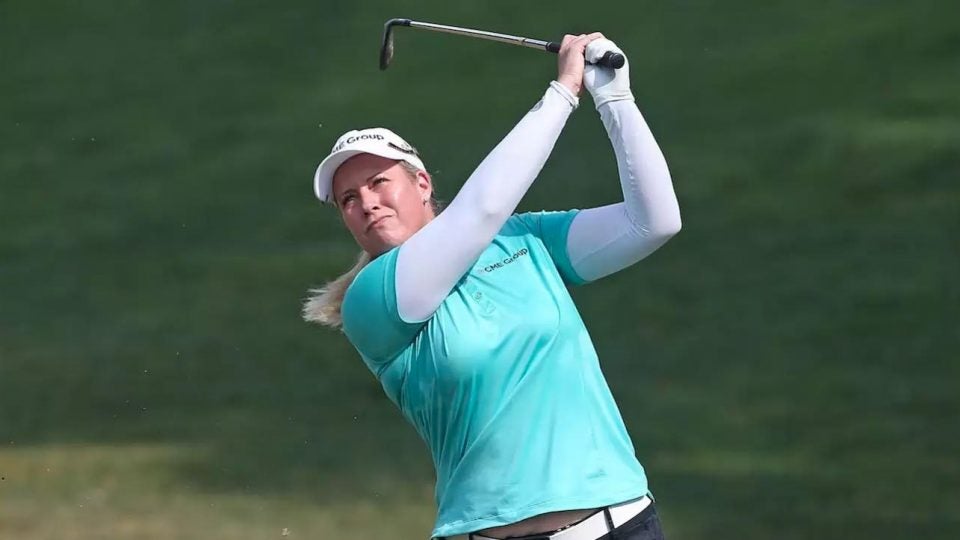 When she tees it up at the Barbasol Championship this week, Brittany Lincicome will join the small but proud group of women who have competed in a PGA Tour event. Here’s a look back at their stories.

Zaharias became the first female golfer to enter a PGA Tour event in 1935 at the Cascades Open; she missed the cut that week, but went on to compete at the 1937 Chicago Open and 1938 Los Angeles Open. She competed in three more PGA Tour events in 1945, making two cuts. At the 1945 Tuscon Open, Zaharias tied for fourth. Her final PGA Tour start came in 1946 at the Los Angeles Open. Zaharias remains the only woman to make the cut in a PGA Tour event. The L.A. Times covered her performance at the 1945 L.A. Open: “Babe Didrikson Zaharias drew a large gallery. Off to a fine start, Babe slumped a bit but still finished with a 76. This may not sound so amazing but she beat 84 males who were out there hacking away.”

One of the founding members of the LPGA, Spork finished 105th at the 1952 Northern California-Reno Open. A newspaper columnist at the time chastised her for even entering the tournament: “We hoped the women wouldn’t enter and be embarrassed when left far behind. Well Shirley Spork entered and she finished dead last in the field. Her 318 total was 47 stroke behind Dutch Harrison’s winning 271 for 72 holes. That’s an average of almost 12 strokes per round off the pace. Miss Spork isn’t the tops in her field, but it is still doubtful that even Louise Suggs, Betsy Rawls, Babe Zaharias, Betty Jameson or Patty Berg could pick up caddy feeds in golf winnings by playing against the men. They play wonderful golf—for women. Let it go at that.”

Fifty-one years passed before Whaley followed Spork by entering the Greater Hartford Open. Although she missed the cut, tying for 148th, Whaley received a positive reaction from fans: “They cheered for me on every single shot, whether I missed it or hit green they were cheering for me,” she said. Whaley qualified for the Hartford Open by winning the Connecticut Section PGA Championship.

Also in 2003, Annika Sorenstam accepted a sponsor exemption to compete at the Bank of America Colonial. Sorenstam’s entrance into the tournament caused some PGA Tour players to object; Vinjay Singh said that if he was paired with her he would withdraw. Sorenstam missed the cut by four shots and ultimately finished tied for 96th. In 2013, she spoke to the Golf Channel about those two rounds at Colonial: “It was a turning point for me. It’s one of the highlights of my career.” Sorenstam said she still hears from younger golfers who were inspired by her performance that week. “I think people connected with it because they could see themselves, that if they wanted to achieve something, they have to face their fears and take the opportunities that are there for them.” Brittany Lincicome is one of many current LPGA players to be inspired by Annika’s example. “I idolized Annika, and she was inspiring to watch. To have the courage to compete against the men spoke volumes about what a great athlete she was,” Lincicome said.

Michelle Wie is the youngest woman ever to compete on the PGA Tour; she’s also one of the youngest golfers to play on any tour. Only 11-year-old Don Dunkelberger, playing in the 1937 Chicago Open, was younger than Wie as she stood on the first tee at the Sony Open at just 14 years, two months and 29 days of age. Between 2004 and 2008, Wie competed in eight PGA Tour events on sponsor’s exemptions. She missed the cut in each event; She missed the cut by just one stroke at the 2004 Sony Open, carding a 68 in the second round.