Bethpage golf courses: Everything you need to know

Bethpage Black is getting all the attention this week for the 101st PGA Championship, as it so rightfully deserves for being one of the most difficult and well-known public courses around.

But there’s more to Bethpage State Park in Farmingdale, N.Y. than just the Black Course. In fact, there’s four other courses on the property.

The Black Course, which is closed on Mondays, is geared for low-handicap golfers and is walking only. Tee times can be extremely hard to come by, as many will sleep overnight in their cars in the parking lot in order to get one. 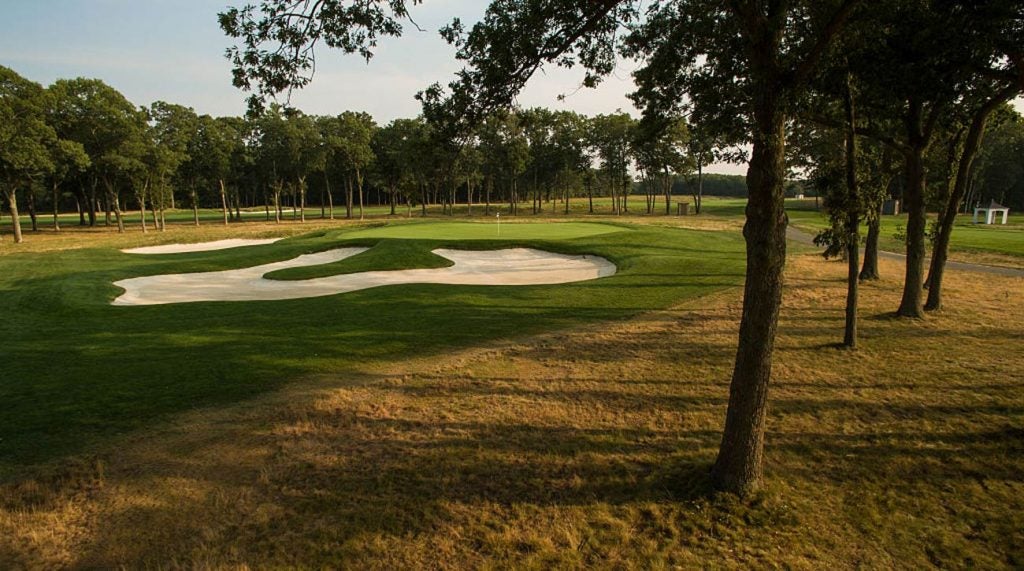 A view of the ninth hole on the Black Course at Bethpage.
Getty Images

The Red Course is another classic at Bethpage that was designed by course architect A.W. Tillinghast. Like with playing the Black, it helps to be a New York resident if you want to play the Red Course. While residents can pay as little as $29 to get on the course, non-residents could have to cough up as much as $96 for a tee time.

Green fees for the Blue, Green, and Yellow courses range from $23-43, which is much cheaper than the park’s two premier tracks. But it’s the People’s Country Club for a reason, as anyone can come and play one of the five courses at Bethpage State Park.