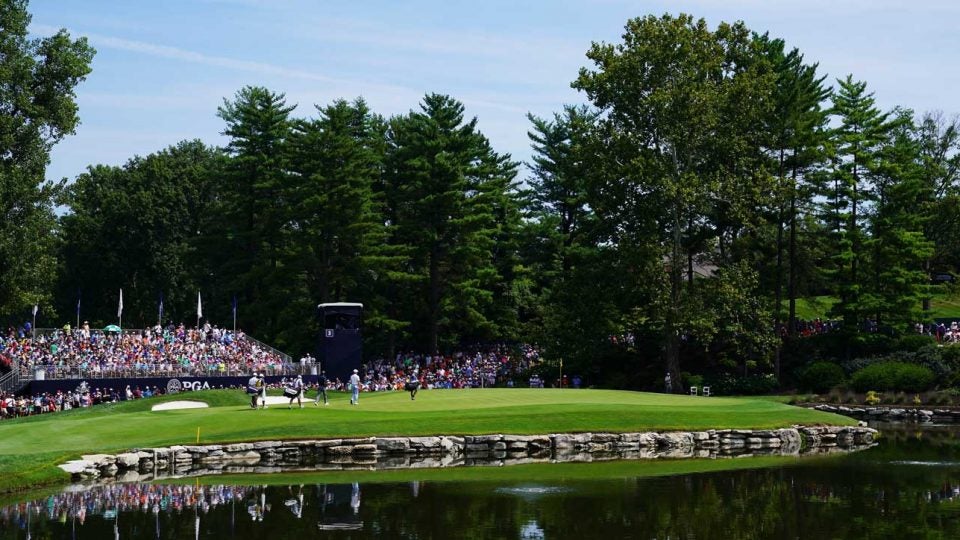 The 3rd hole at Bellerive is one of its easiest.
Getty Images

ST. LOUIS — What happens when an already easy hole is made even easier for the best players in the world?

Carnage, of the birdie-fest variety.

The already-short par-3 3rd hole at Bellerive played just 132 yards in the soft second round on Friday, which due to a weather suspension extended into an even softer second round Saturday morning. Wedge in hand, gettable pin and little to no wind? Players took dead aim, and the hole bled red.

During the second round, the field recorded 64 birdies, 91 pars and not a single bogey or worse. (In the first round, the field made 10 bogeys on No. 3.) The hole played to a staggeringly easy stroke average of 2.587, making it by far the easiest par 3 on Tour this year (at least during the second round) and perhaps the easiest hole in modern major championship history (again, for one round anyway).

Somehow not a single player from the 155-man field at Bellerive botched their tee shot enough to make a four or worse — with water lurking short and right of the green. And, amazingly, not a single player three-putted. Only two tee shots wound up more than 50 feet from the hole.

It’s hard to be certain of the significance of a single hole playing that easy, but the 3rd was unquestionably a historic pushover.

The hole was cut back to 142 yards for the third round, which means we’ll *probably* see a bogey or worse Saturday.