Back to back! Brooks Koepka outlasts Tommy Fleetwood to win 118th U.S. Open at Shinnecock Hills

SOUTHAMPTON, N.Y. – Brooks Koepka had every opportunity to break.

And after staking a wedge on 16 to set up a birdie and tapping in a bogey putt on 18, he had another title. With a final-round score of 68, Koepka, 28, finished one over par to clip Tommy Fleetwood by one to earn his second straight U.S. Open victory and become the first repeat winner at this event since Curtis Strange in 1988-89 and the seventh in history.

“To be honest with you, probably couldn’t have dreamed of it in my wildest dreams,” Koepka said. “I’m at a loss for words right now, but it’s really incredible.”

It all came a day after one of the wildest Saturdays in U.S. Open history, which featured a baked-out golf course and a bizarre penalty on Phil Mickelson for intentionally putting his ball as it rolled past the cup. On Sunday morning 29 players began the final round within six shots of the lead, a four-way tie between Koepka, Dustin Johnson, Daniel Berger and Tony Finau. 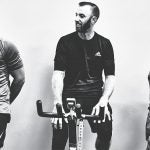 You may also like Brothers in arms: Hitting the gym with Dustin Johnson and Brooks Koepka

Koepka played with his friend and frequent workout partner Johnson in the penultimate pairing. Koepka started fast with three birdies in his first five holes to take control. Johnson, who led through 36 holes before stumbling in Round 3, shot 70 to finish two shots behind his buddy.

Fleetwood was lurking six back to start the day, and he teed off at 12:01, more than two hours before the leaders. The 27-year-old from Southport, England, ripped through a golf course that had been watered overnight in response to Saturday’s dry conditions. Fleetwood made four birdies in a row on the back nine and had an eight-footer on 18 for the first 62 in U.S. Open history. The putt broke off to the right, and he tapped for the sixth 63 in this event, and only the second in a final round after Johnny Miller in 1973 at Oakmont.

“I knew what score it was for. If I could go back, I would give it a little pace,” Fleetwood said.

Fleetwood, ranked 12th in the world, hit 13 of 14 fairways and 16 of 18 greens in regulation. It was almost a perfect round. And it still wasn’t enough, as Koepka came up with clutch shot after clutch shot over the closing holes. On 18, Keopka led by two when he hooked his approach from 201 yards off the grandstands left of the green. He chipped safely and two-putted for bogey, which was all he needed to preserve the one-shot win.

Finau double-bogeyed 18 for a 72 and a tie for fifth with Patrick Reed, who birdied five holes on the front nine and finished with 68. Playing alongside Finau in the final group, Berger shot 73 to share sixth place at six over with Xander Schauffele (68), Tyrrell Hatton (69) and Henrik Stenson (71).

After landing in the center of controversy on Saturday afternoon, Mickelson shot 69 – 12 shots better than his third round – and tied for 48th. When he holed a par putt on the 13th hole, the scene of his rules violation on Saturday, he raised him arms in triumph and flipped his ball to a fan.

But the real celebration belongs to Koepka, who may have sealed the win with a bogey on Shinnecock’s treacherous par-3 11th. Koepka’s tee shot bounded over the green and down a steep bank. He chipped back across the green and into a bunker, and then blasted to eight feet, a tricky putt that he cooly drained.

“From where it was, I would have taken double,” Koepka said. “Definitely would have taken bogey. I think that was like making a birdie, maybe even making an eagle, because it could have been a big momentum shift there, and we could have been playing tennis just going back and forth. To make bogey there was pretty incredible and I think kind of the reason why we won.”

Koepka rode that momentum through his final seven holes and officially clinched the title when Finau, in the final pairing, failed to hole out for eagle on 18. With his second career major title, Koepka will move to No. 4 in the world ranking. And after repeating at what is traditionally the most challenging course setup of the season, the fitness buff also established himself as one of the toughest players in the game.

“I enjoy being pushed to the limit. Sometimes you feel like you are about to break mentally, but that’s what I enjoy,” Koepka said. “I enjoy hard golf courses. I enjoy playing about the toughest in golf you are ever going to play.”