‘We’re not going to stay in the 1970s’: Nancy Lopez all-in on Augusta’s new Women’s Amateur, and club’s evolution

With the 2019 Masters almost ready for liftoff, intrigue continues to grow for the undercard: the Augusta National Women’s Amateur Championship. If you haven’t heard, 72 elite women amateurs have accepted invitations to the inaugural tournament. The first two rounds of the 54-hole contest will be staged nearby at Champions Retreat GC. Then on Saturday, one day before the kids descend for the Drive, Chip and Putt and two days before the pros roll out for practice rounds, the top 30 ladies will advance to play 18 at Augusta National for the title. How good is that?

It’s shaping up to be a splashy debut. NBC will air it live for three hours. The field is set. Tickets are long gone. And the opening ceremony will feature four capital H-O-F Hall of Famers: Nancy Lopez, Annika Sorenstam, Lorena Ochoa and Se Ri Pak.

This week Lopez, who lives in Florida, blew into New York City and happily plowed through a media carwash that included a chat with GOLF.com. Her enthusiasm for the new event was palpable.

“I had no clue it was coming,” Lopez said Wednesday evening. “When they I announced it, right away I got chills. I wanted to see if I could turn back into an amateur!” 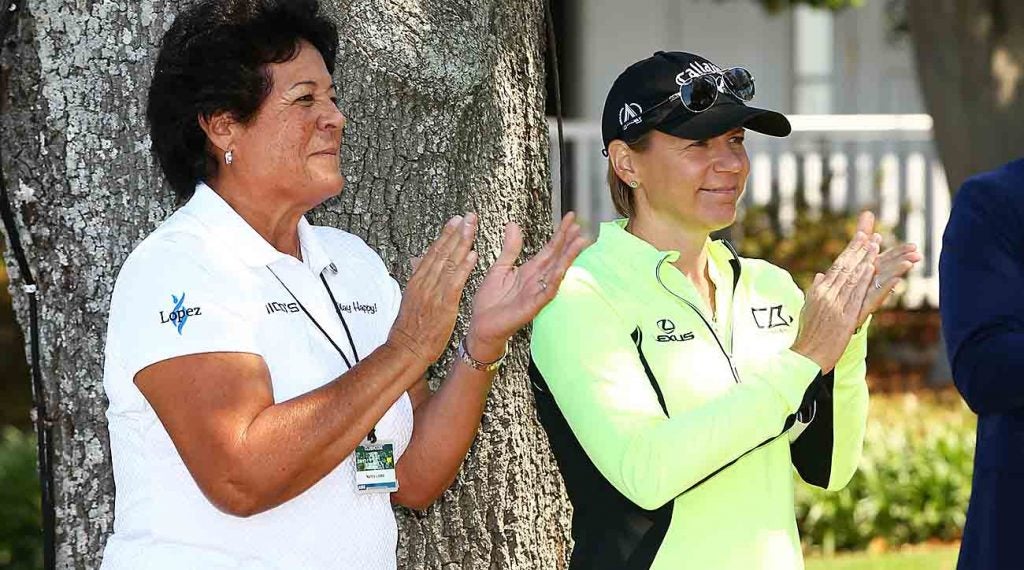 Lopez won 48 LPGA titles and three majors, and she has a long history with Augusta. She’s played the course a handful of times as an invited guest and claims to possess a “secret phone number” if she ever wants to reach the club directly. Back when the ANGC was in the crosshairs over its all-male membership policy, the Hall of Famer sided with the green jackets over Martha Burk and her fellow protestors.

“I always respected what Augusta National stood for, and in time I always felt like the membership policy would change,” Lopez said. “I didn’t support [Burk] at all. To me, if I had a club like Augusta National and I wanted to be what Augusta is, as a woman, I wouldn’t want a man to come in. I always try to put the shoe on the other foot.”

And as for Augusta’s continued evolution?

“It changes through time. We all kind of change, too, as people,” she said. “We’re not going to stay in the ’70s when we’re now in the 2020s. The personalities change and things change, and I think it’s been really good and successful the way Augusta National has done it.”

The club has, as it does, gone first-class with everything for its new event. The trophy was designed with Tiffany & Co., and, according to a release, is “spun sterling silver and a 24-karat golf vermeil, with unique detailing that depicts the event’s distinctive logo and the namesake flowers of each hole at Augusta National.” It’s magnificent. 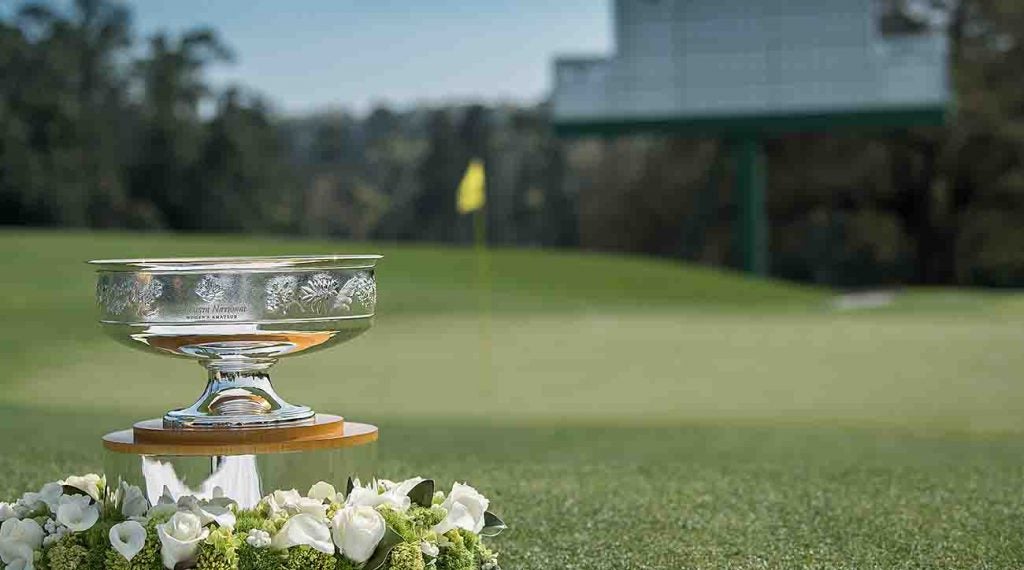 The club also sent out individual invitations to all of the qualifiers, just as it does for the Masters, and when those envelopes landed in mailboxes, they left quite an impression.

“It was too cool. There’s nothing like opening that invite,” said Sierra Brooks, a 20-year-old junior at the University of Florida who, needless to say, RSVP’d with a yes. “It had this wax, Augusta National stamp to seal it. You open this thing and you’re invited, and it’s surreal. I’ll never forget it.”

“I didn’t even want to open it, the invitation was just so perfect,” added Maria Fassi, a native of Pachuca, Mexico, and senior at the University of Arkansas. “I shed some tears. I couldn’t believe it was happening. All the work that we’ve put in throughout our career, just having us be a part of it, it’s hard to put into words the things that I felt.”

These ladies didn’t grow up thinking they’d ever play at Augusta National, but from an early age girls can now tack ANGC onto their to-do lists. Brooks has attended a few Masters as a fan and actually played Augusta once as a freshman, when she was invited by a member. She carded a 79. “I’ll take a few tips and what I learned and bring it with me,” she said.

Fassi will be flying blind — she’s never been to the course. But she speaks for her fellow competitors, for Lopez, and really, for everyone else who will advance to the final round at Augusta in two weeks or tune in on NBC.

“I don’t know exactly what to expect, but I know it’s going to be a really exciting moment,” she said.

Features
Alexa Pano, the youngest player in the Augusta National Women’s Amateur, is already a star

The stakes extend beyond a sparkling trophy. The winner gets to play in the next five Augusta Women’s Ams (assuming she keeps her amateur status), plus this year’s U.S. Women’s Open and Women’s British Open.

In another nod to the Masters, Lopez, Sorenstam, Ocho and Pak will each hit ceremonial tee shots off No. 1, just as Jack and Gary will do five days later. Lopez is planning to take a full rip. “I’ve got two new knees and I’m going to have to learn how to use them, but I’m definitely going to try to hit the best drive,” she said with a laugh.