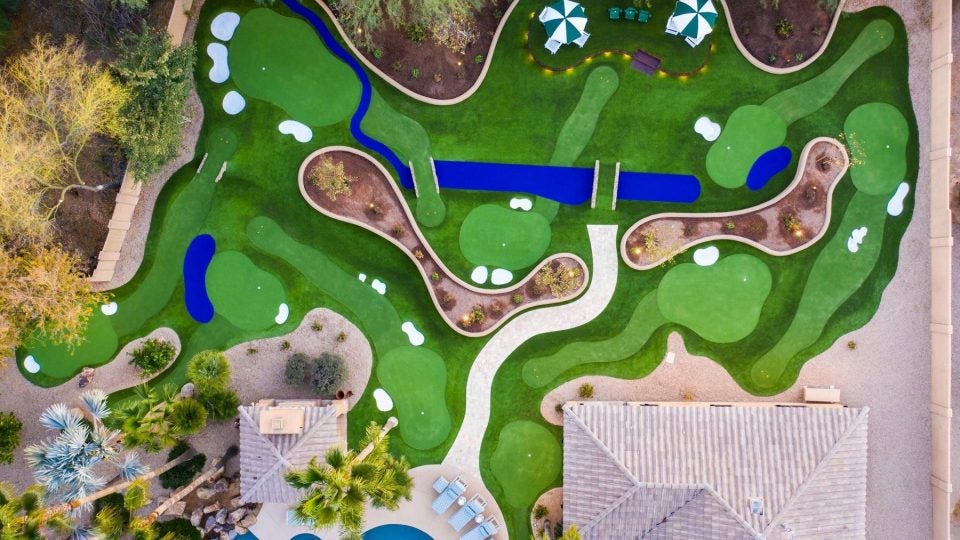 If you’ve been trying to get to Augusta National to play a round, watch the Masters or just take in the glory and haven’t been successful, maybe you need to reconsider your strategy.

Augusta National Golf Club is one of the most exclusive courses in the world. We hate to break it to you, but you’re not likely to get there any time soon. (That is, unless you know a member, have thousands to spend on Masters tickets, flights and accommodations, or get lucky in the Masters lottery.)

But instead of trying to get to Augusta, maybe you should do what this homeowner did and bring Augusta to you.

If you can’t get to Augusta, bring Augusta to you. 🙌 (via @putttek)

As you can see this custom putting course is modeled after Augusta’s 12th hole, also known as Golden Bell and as the scene of Jordan Spieth’s dashed Masters hopes in 2016. Despite being just 155 yards and the shortest hole at Augusta, the 12th subjects players to swirling, unforgiving winds, making it one of the most difficult par 3s in the world.

However, we’re sure this version of Golden Bell plays a little shorter and is slightly more forgiving than the real thing.

The course also includes a miniature replica of Hogan’s Bridge crossing a faux-Rae’s Creek and even has several Masters chairs to accommodate the smallest of galleries.

A company called PuttTek is responsible for building this replica. PuttTek creates custom putting courses for residential and commercial properties complete with faux-water features and bunkers, as well as real slopes and leaderboards.

The company is the brainchild of its president, Camron Howell, who wanted to build his own custom nine-hole putting course on his own property but realized no one offered such a service. So the next time you’re dreaming of going to Augusta, consider the alternative of bringing Augusta to you – it will certainly make you more popular with your neighbors.