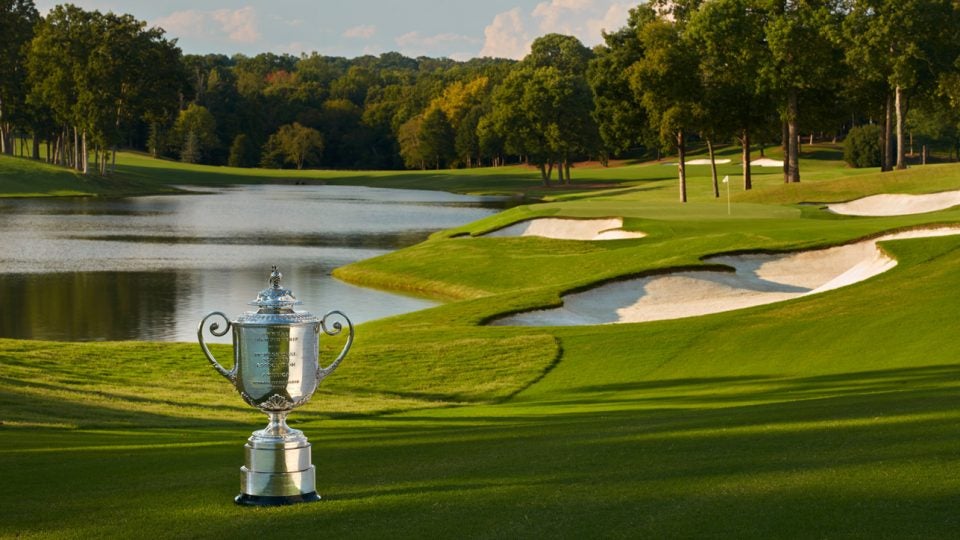 The Wanamaker trophy on the 14th hole at Quail Hollow.
Gary Kellner/PGA of America/Getty

Here’s what you need to know about the Quail Hollow Club, host of the 2017 PGA Championship.

2. The Quail Hollow Club was officially founded in 1960 by 21 original members.

4. Rory McIlroy set the Wells Fargo Championship scoring record at Quail Hollow in 2015, with a score of 21 under par (267).

5. The Wells Fargo Championship tends to be a pretty low-scoring event. The highest score ever to win was Derek Ernst in 2013, who shot an eight-under 280.

6. That may change at this year’s PGA, where extensive renovations have been made in the past year to toughen up the course.

8. There may be a real home field advantage for 2012 U.S. Open champion and Charlotte resident Webb Simpson, who is not only a member at Quail Hollow, but also lives right off the seventh tee.

9. In 2021, another prestigious event will be held at Quail Hollow: the Presidents Cup.

10. Unfortunately, Quail Hollow is a private club, so the only way to play the course is through a current member.