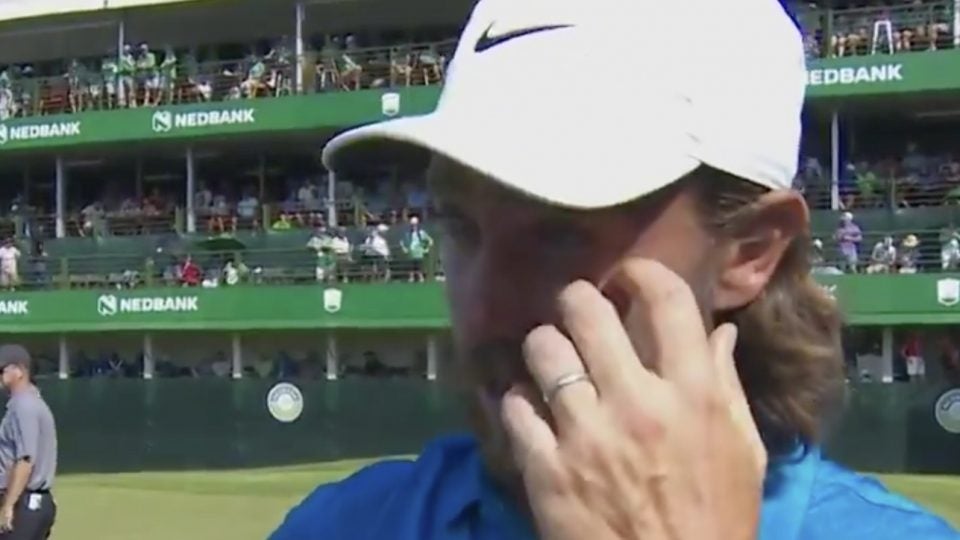 If there was one knock against Tommy Fleetwood that critics used against him, it’s that for all his undoubted ability, wins were a bit few and far between. Before this week he had claimed just one victory since 2017, and none of the PGA Tour.

But this week, he proved all his critics wrong.

Fleetwood stormed back from six shots back with an astonishing round of 65 which included not one, not two, but three eagles in his final 10 holes to claim his first victory in 665 days.

His first eagle came via a chip-in on the ninth hole to get him to 10-under.

Then he jumped to 12-under when he made another eagle on his very next hole.

His third and final eagle came on the 14th hole, and sent shockwaves through the rest of the field.

And when you’re playing well, all the breaks go your way — as they did for Tommy on Sunday, at one point using a sprinkler head expertly.

But his work wasn’t done after his round. His good play was only enough for a playoff with Marcus Kinhult, which Fleetwood claimed thanks to a clutch putt on the first extra hole.

The best moment of all came after play was done, though, when an emotional Fleetwood held back tears about what the $2.5 million prize meant to him.

A wonderful win for one of the most universally well-liked players on tour. Watch the interview below:

"Having the chance to set your family up for life at a young age, I'm very proud of that."

‘How can you not love this man right here?’ What Tom Kim’s magical day felt like