Tommy Fleetwood takes over on difficult Saturday at Honda Classic

The wind blew, the golf course raised its best defenses, and PGA Tour pros struggled through a difficult Saturday at the 2020 Honda Classic. Here are the main storylines and everything you may have missed from the third round at PGA National.

While plenty of players put on solid performances in Round 3 (See: Fleetwood, Tommy) they did so in spite of the extremely tough conditions that greeted the players on Saturday. PGA National is one of the hardest, if not the hardest course on Tour every year, even on its kindest day. But with the wind blowing and greens speeding up, scores plummeted.

Only 11 players finished in red numbers on Saturday, with only six bettering a score of one under. Through 54 holes, there are now only 13 players under par for the tournament, making this event much more like a U.S. Open than a typical Tour stop.

Among the contenders through two rounds, Englishman Tommy Fleetwood was the only one to shoot under par on Saturday. Fleetwood countered three third-round bogeys with six birdies, including closing birdies on 17 and 18, to shoot a three-under 67, moving him to five under for the tournament. Incredibly, that’s good enough for a one-shot lead over Brendan Steele. Fleetwood, who is currently ranked No. 12 in the OWGR, has five European Tour wins in his career, but he has yet to secure a PGA Tour victory. 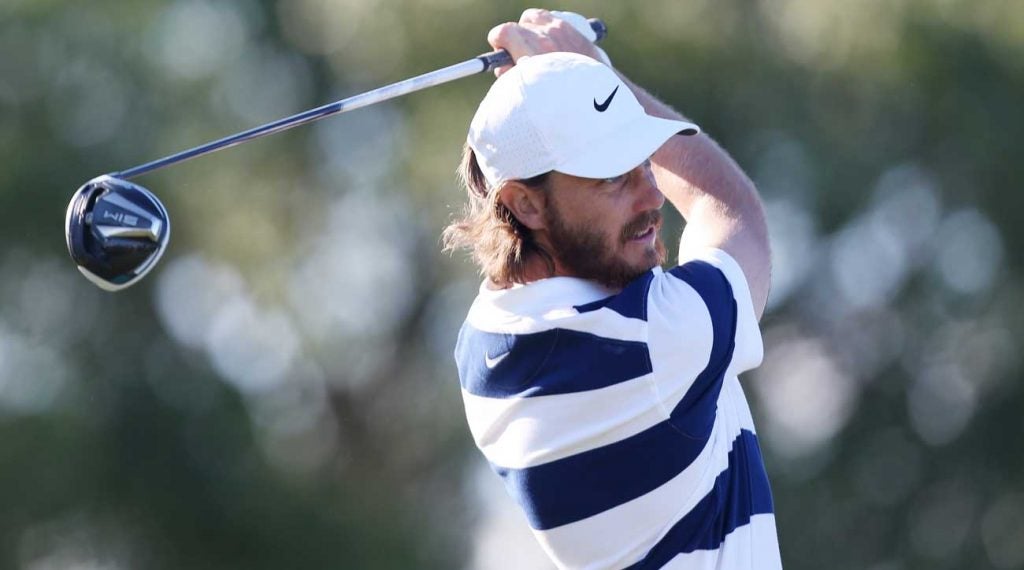 Tommy Fleetwood shot a three-under 67 on Saturday to take the lead at the 2020 Honda Classic.
Getty Images

Westwood turns back the clock

Fleetwood is still a spry 29 years old, but the same can’t be said for his fellow English pro Lee Westwood. The 46-year-old veteran has seen a career renaissance of late, culminating in his victory at the European Tour’s Abu Dhabi HSBC Championship in January. Westwood has been in the hunt all week at the Honda, and he survived the third round with a 71 to move to three under, just two shots off the lead. If he can get past Fleetwood on Sunday, he’ll add a third PGA Tour win to his 25 career Euro Tour titles.

The final round action at PGA National will feature more than just three players. American Brendan Steele is one shot behind Fleetwood after a third-round 71. Tied with Westwood at three under is another over-40 Englishman, former World No. 1 Luke Donald, who will be searching for a comeback moment of his own on Sunday.