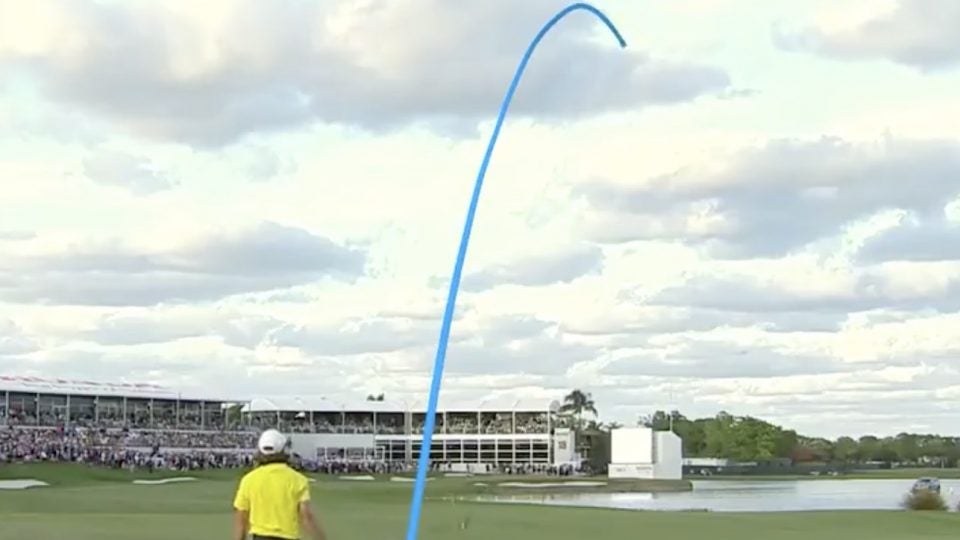 There’s no cheering in the press box, the saying goes, but talk to any golf writer and they’ll admit it’s a hard rule to follow whenever Tommy Fleetwood is in contention. He’s down to earth and honest — an attitude formed from a precipitous tumble down the world rankings — but talented and hard-working, the qualities that helped him climb back.

Standing in the middle of the 72nd fairway at the Honda Classic, needing a birdie to force a playoff, Fleetwood pulled a 5-wood that sailed towards the water the moment it left the clubface. After his round, in classic Fleetwood fashion, he assessed the shot honestly:

“At the end of the day, I felt like I was really good mentally, hung in there until the end and gave myself a chance at the last. But when the margins are small, that’s OK…You play the shot. That’s all you can do. I hit a bad shot. Could have been a great shot.”

So, how did it happen? Tommy talked about that, too. Let’s break it down to see what golfers at home can learn from it.

His approach landed in the water and he made bogey to finish solo third. pic.twitter.com/ZNtQI7h1O0

For professional and recreational golfers alike, being in-between clubs often precedes a bad shot. That indecision makes it hard to commit, and it was a factor for Fleetwood, who was between hitting a 4-iron short and left, or going for it with a cut 5-wood. He went with the latter, and he doesn’t regret it.

“I could have easily bailed left, not got up-and-down and then said, why did I bail out left. So you pick your shot and you hit it, and that’s it. I think we picked the right shot 100 percent, I just didn’t pull it off.”

Interestingly, Tommy Fleetwood had almost exactly the same shot on Saturday that he did on Sunday — “I cut a 5-wood that pitched like 238. I had 239 to the pin today” — the only difference was the wind. On Saturday, the wind was off the right and hurting slightly. On Sunday, it was pushing more towards the water, which Fleetwood thought would make the shot play slightly shorter. He was probably right, but it was another factor that layers-in indecision. 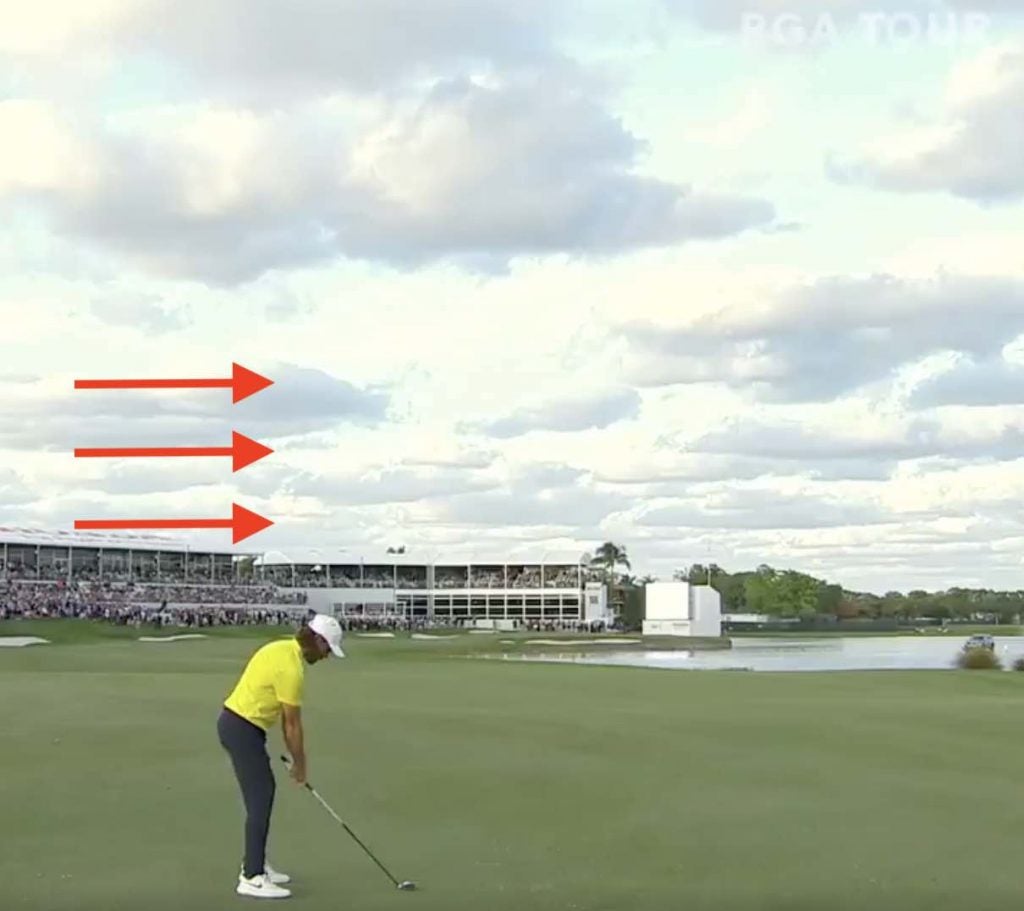 Factors one and two lead to three, which, ultimately, is why the shot ended as it did. Fleetwood lined up to hit a soft cut with a 5-wood. With the wind helping slightly and perhaps a natural bit of pressure cooking, his shot started slightly right of his intended target line. A high block, which the wind carried the rest of the way.

In Tommy’s own words:

“As bad as it was, it could have landed three yards left and been on the edge of the green and I’d have had a chance. It is what it is. I was really enjoying the moment coming down there with a chance to win. I still had a chance to actually eagle it or birdie it and get in a playoff, and it just didn’t happen. But one bad shot, and that’s it.” 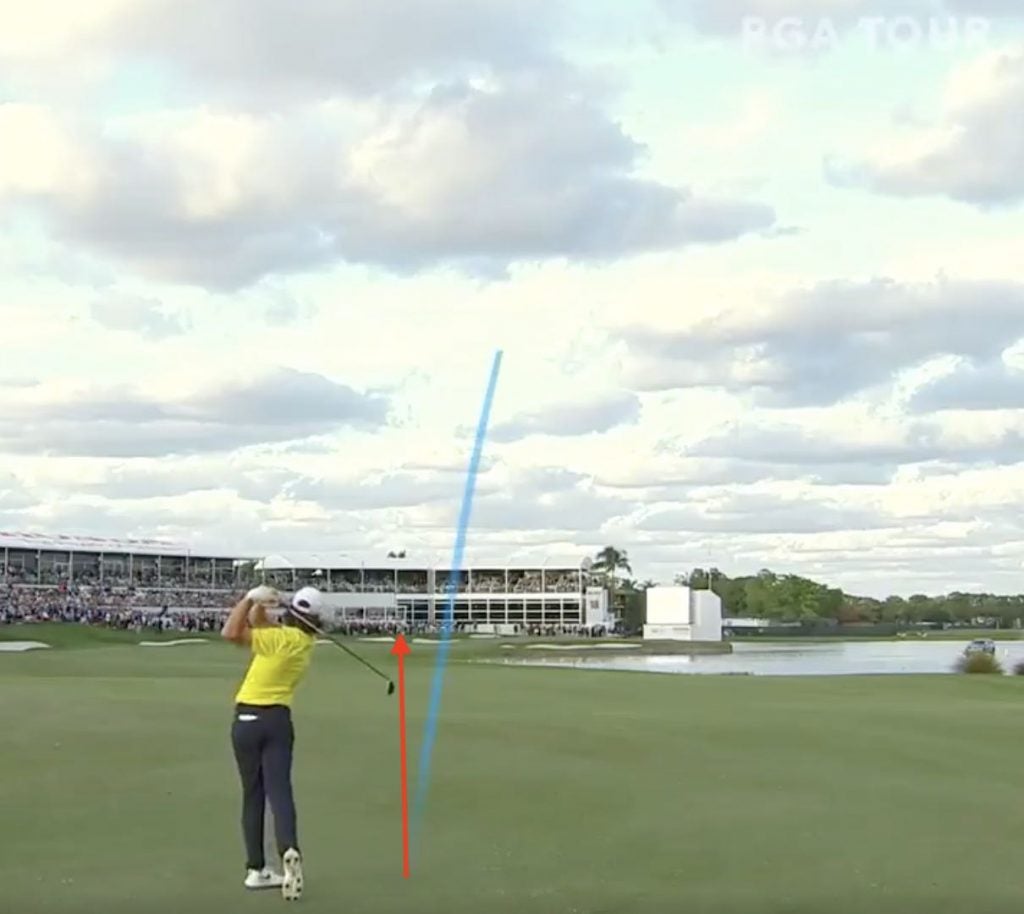 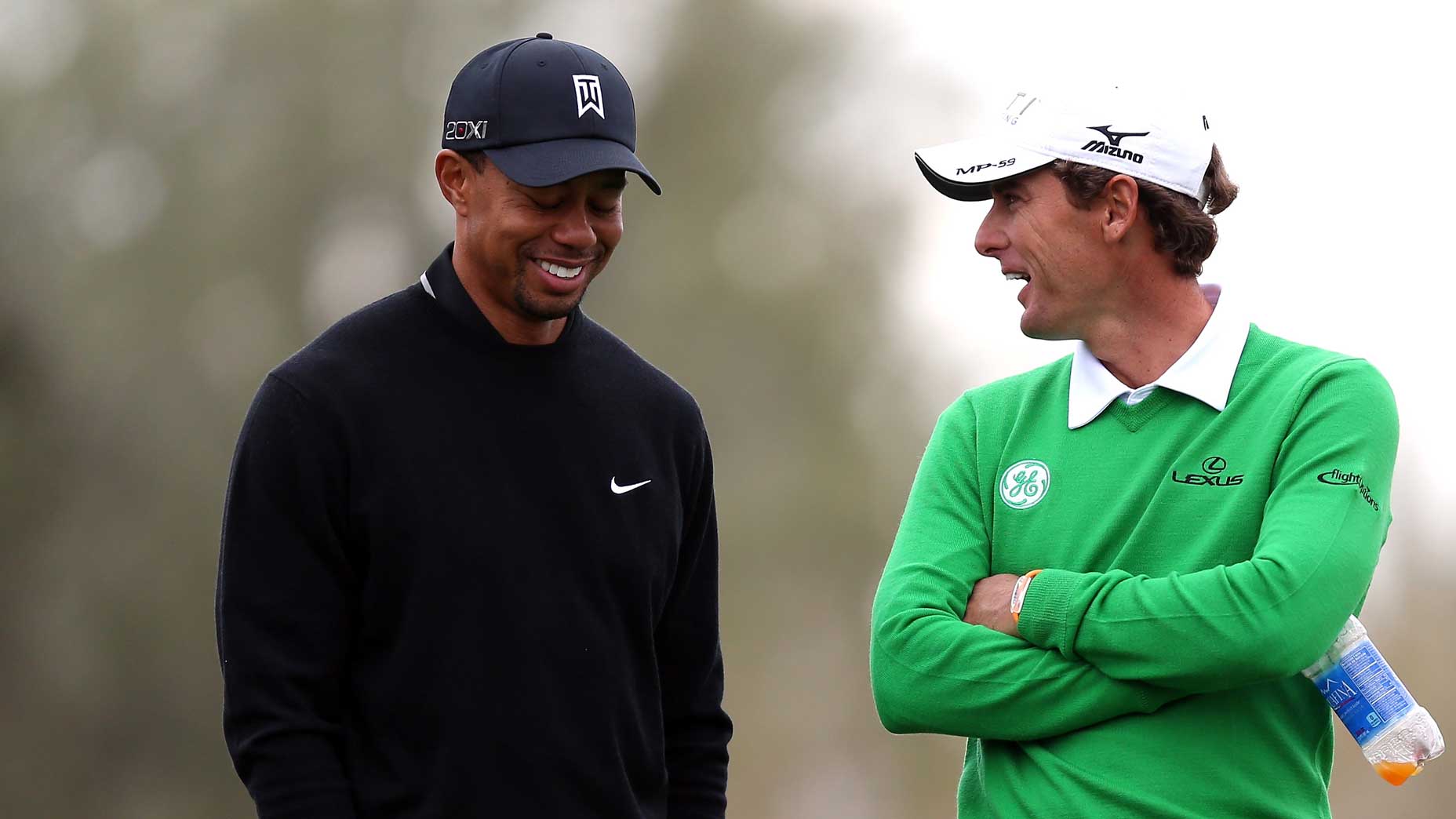