Wall-to-Wall Equipment: The hottest driver at Genesis was only used by a handful of players 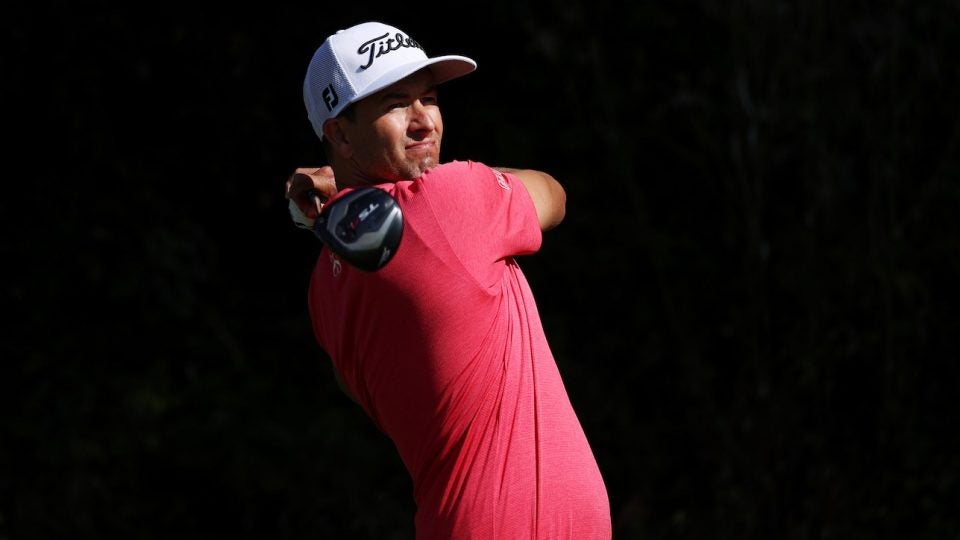 Titleist’s TS Series drivers have picked up where they left off last season, routinely winning PGA Tour driver counts to start the 2019-20 PGA Tour season. Titleist continued the trend again at Riviera, only this time around it was a low usage driver that stole the show.

Only four players in the field used Titleist’s TS4, but three managed to finish the week inside the top-20, including eventual winner Adam Scott, who used a 10.5-degree head equipped with a Mitsubishi Kuro Kage TiNi S 80. Scott returned to Kuro Kage TiNi S this week after noticing he’d lost some “head feel,” according to Titleist Tour rep J.J. VanWezenbeeck.

Scott, who ranked 17th in strokes gained: off the tee, took the driver on the course with lead tape to get the feels to match up with his swing before weighting the head to his preferred swing weight following testing.

“Adam Scott switched to the TS4 driver at the ZoZo Championship due to head size, shape, and improved launch to spin ratio,” said VanWezenbeeck. “This week, after discussions with Adam, he went to a shaft he had previously played for increased stability.”

Although the TS4 head isn’t as widely used on Tour as TS2 or TS3, it delivers the low spin characteristics some elite players require in a smaller 430cc pear-shaped package. The key to the spin-killing TS4 design — it can cut unwanted spin by 300-400 rpm over the other TS models — is a low and forward CG location (5mm more forward than TS2), which is accomplished in large part with a SureFit Flatweight that’s positioned more forward in the sole of the club.

During GOLF Magazine’s 2020 ClubTest, TS4 ranked near the top in ball speed, despite having a smaller, less forgiving profile. It’s one of the reasons why TS4 was designed with players like Scott, Max Homa (who recorded TS4’s first win last season at Wells Fargo) and Russell Henley in mind who continually find the center of the face.

It’s unlikely TS4 will blow up after Scott’s win, but with the added visibility of winning at one of the best stops on the Tour schedule, it’s not out of the realm of possibility that a few more players could take a second look at the low-spin product.

Distance has never been a problem for Dustin Johnson. But with distance control ranking near the top when it comes to on-course gear priorities, hitting it a country mile can come at a cost. In Johnson’s case, he started to notice TaylorMade’s TP5x golf ball was going too far since he switched to the company’s SIM metalwoods and rescue.

Johnson felt he needed more spin to gain control in the driver through mid-irons. Switching to the TP5 ball solved that problem.

Koepka ranked 17th in strokes gained: off the tee and 4th in driving distance (313.4 yards) with the new big stick.

Project X’s HZRDUS Smoke Green shaft is geared for the fastest, most violent swings around — kind of like the power Justin Thomas possesses. Thomas, who switched driver shafts during last year’s Tour Championship, chose to take “The Hulk” for a spin at Riviera. 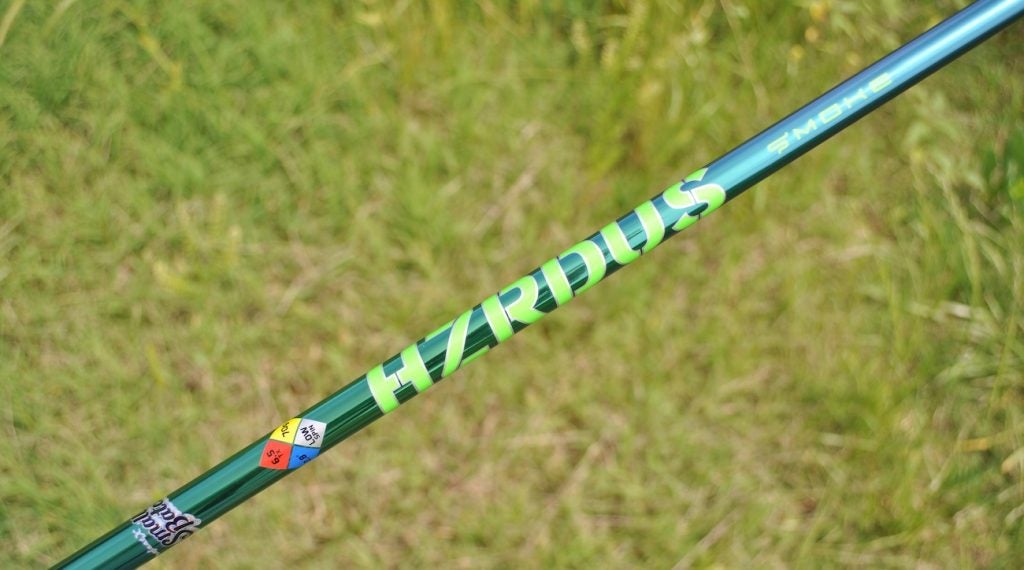 Launched last season, HZRDUS Smoke Green is similar to HZRDUS T1100, from a static standpoint (tip stiffness, CPM-wise). However, from a dynamic standpoint, it will play slightly stiffer because, unlike the counterbalance T1100, Smoke Green has more traditional weighting with a stiff butt and tip section.

Russell Henley opened the year by transitioning from Titleist’s 917 D2 driver to a TS4. The changes continued one week later, at the Waste Management Phoenix Open, when he moved from 716 AP2 to T100 irons — a change that was actually spurred by his comfort with the new driver.

Henley kept the bag transformation going at Riviera, where he adjusted his iron shafts and moved from a Scotty Cameron Tour Rat putter into a T12 model. The iron shaft change came on the heels of lengthy launch monitor range sessions confirming his launch and spin numbers with T100.

“Russell put [True Temper] Dynamic Gold X100 shafts in his new irons for Waste Management and came to us this week wanting to compare his spin rates in his lower irons, specifically on his three-quarter shots,” said VanWezenbeeck. “The result was keeping the X100 shafts in his 7 through 9 irons and replacing the 4 through 6 with Dynamic Gold AMT X100’s.  The spin was slightly lower, but he was happy with the higher ball flight and is playing with a split set of irons shafts this week.”

Split iron sets are common on the PGA Tour, but it’s rare that a player will find optimal launch and spin conditions using the same iron model with different shafts. 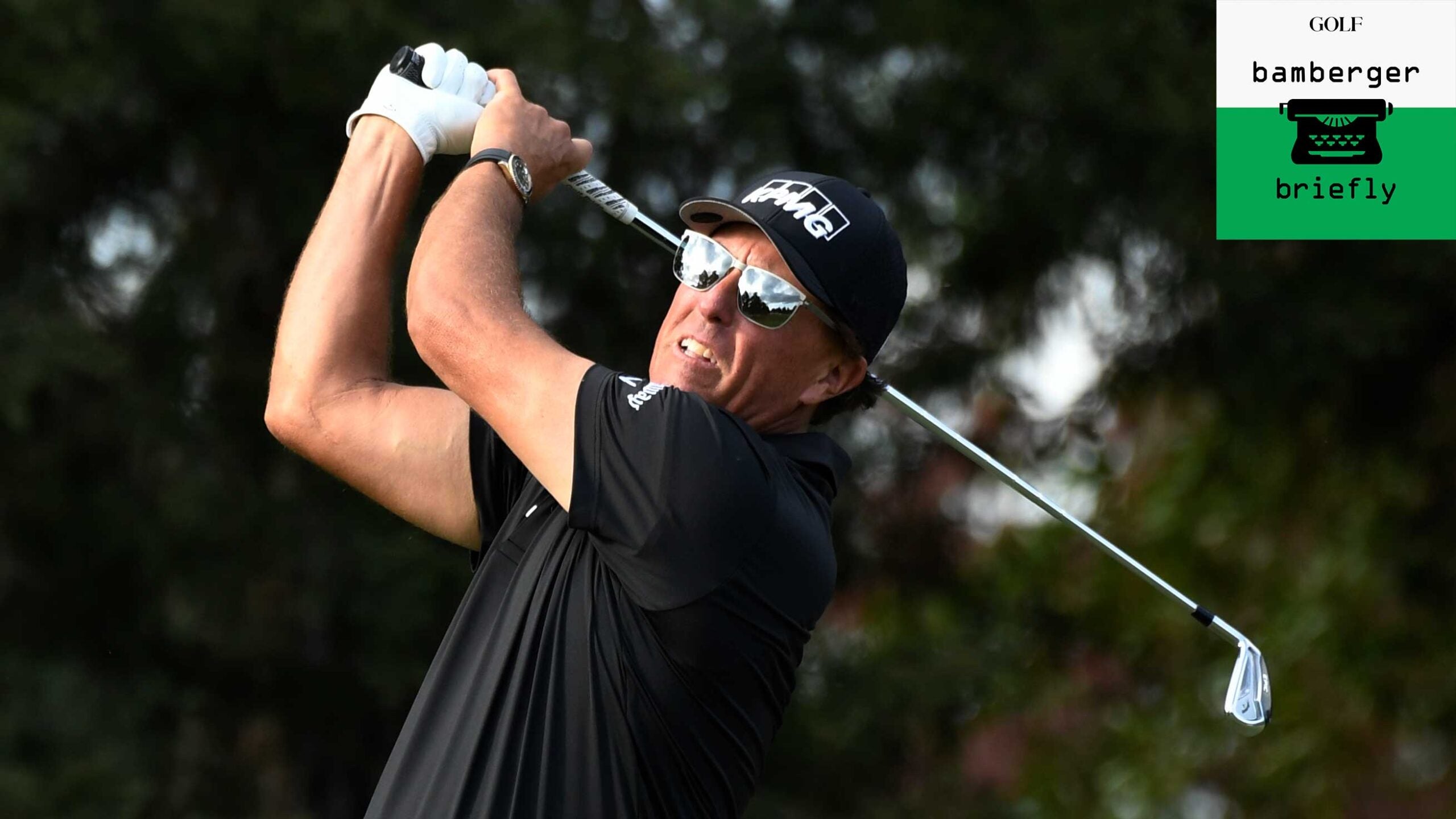 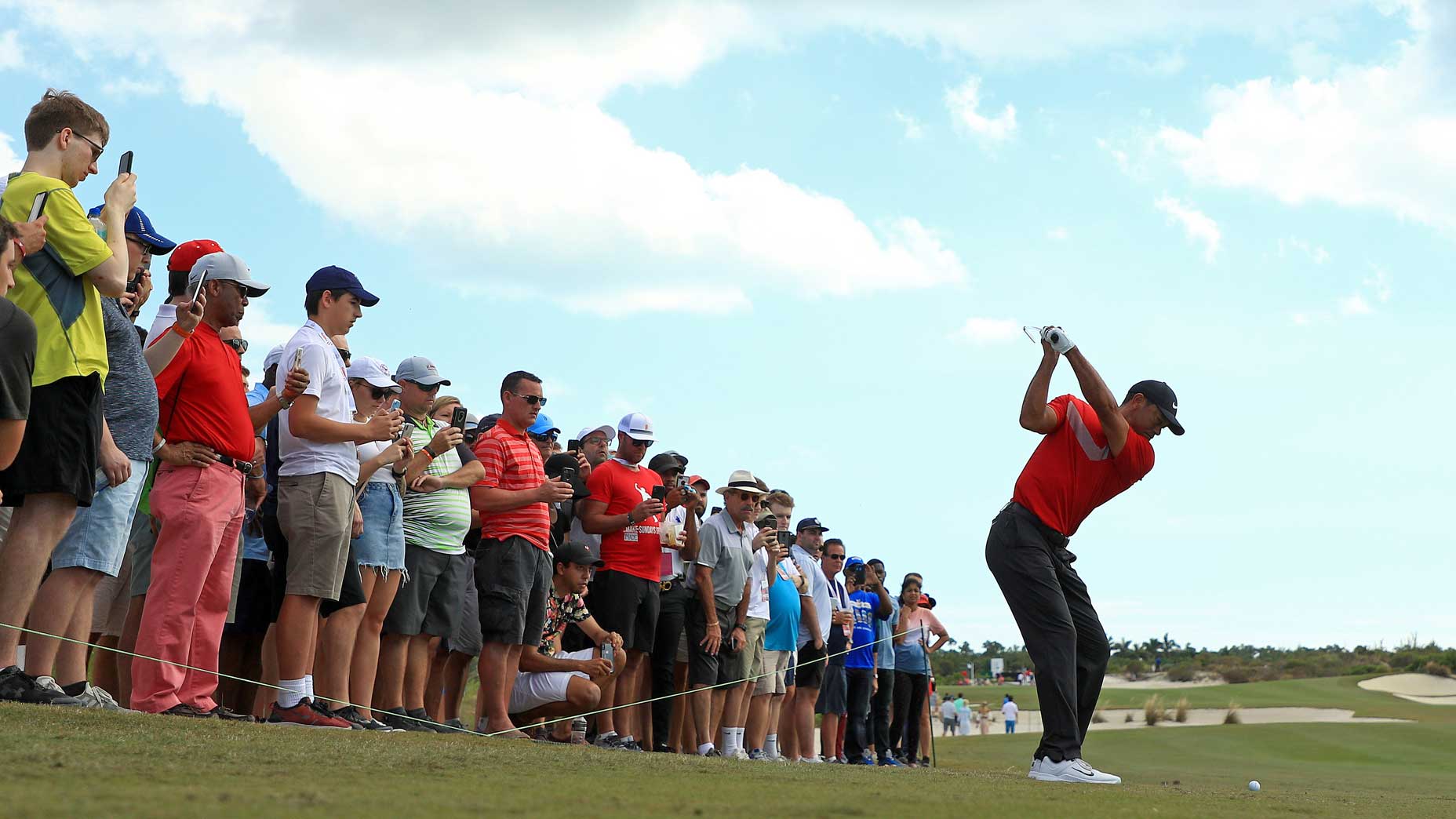 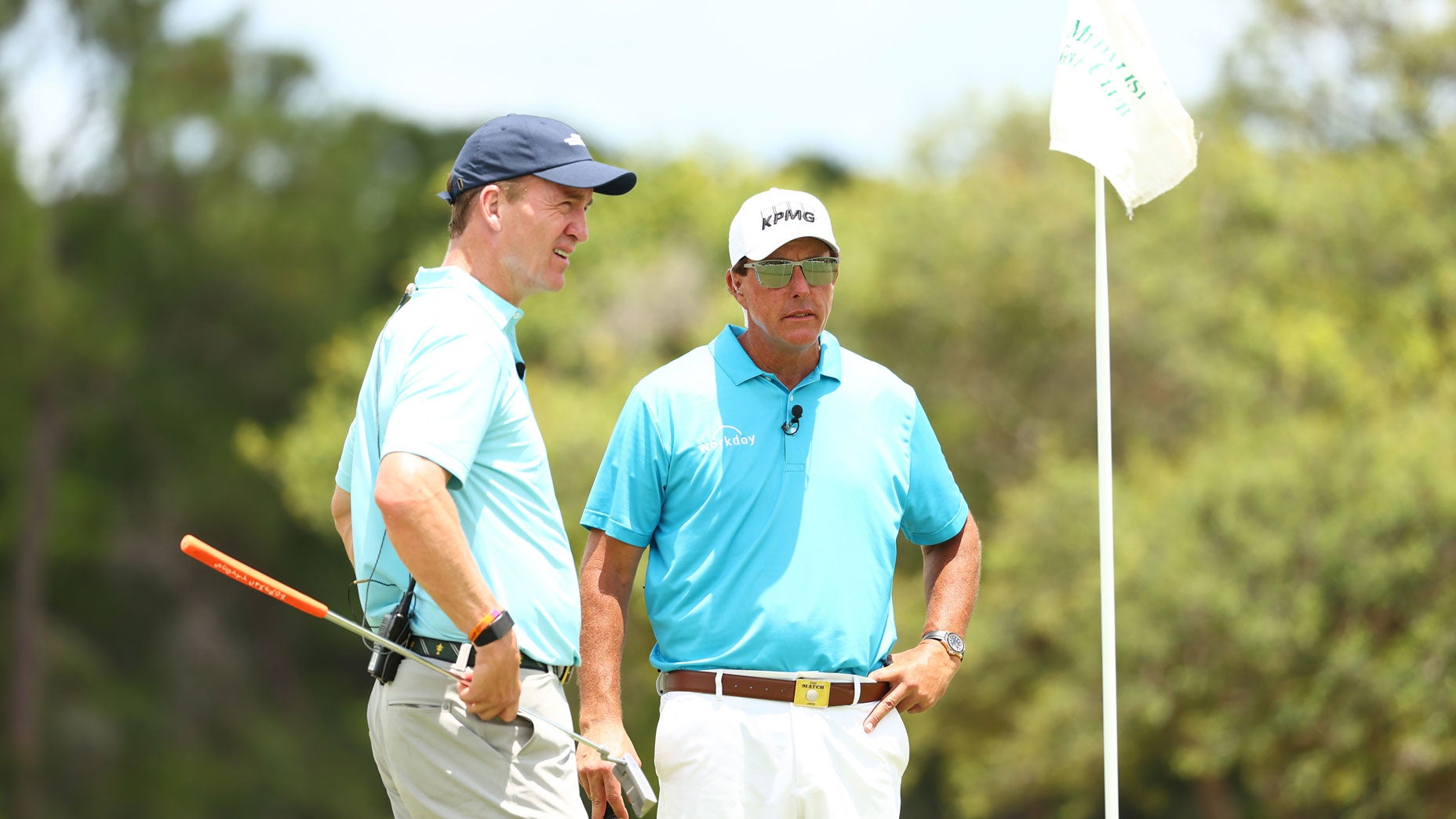 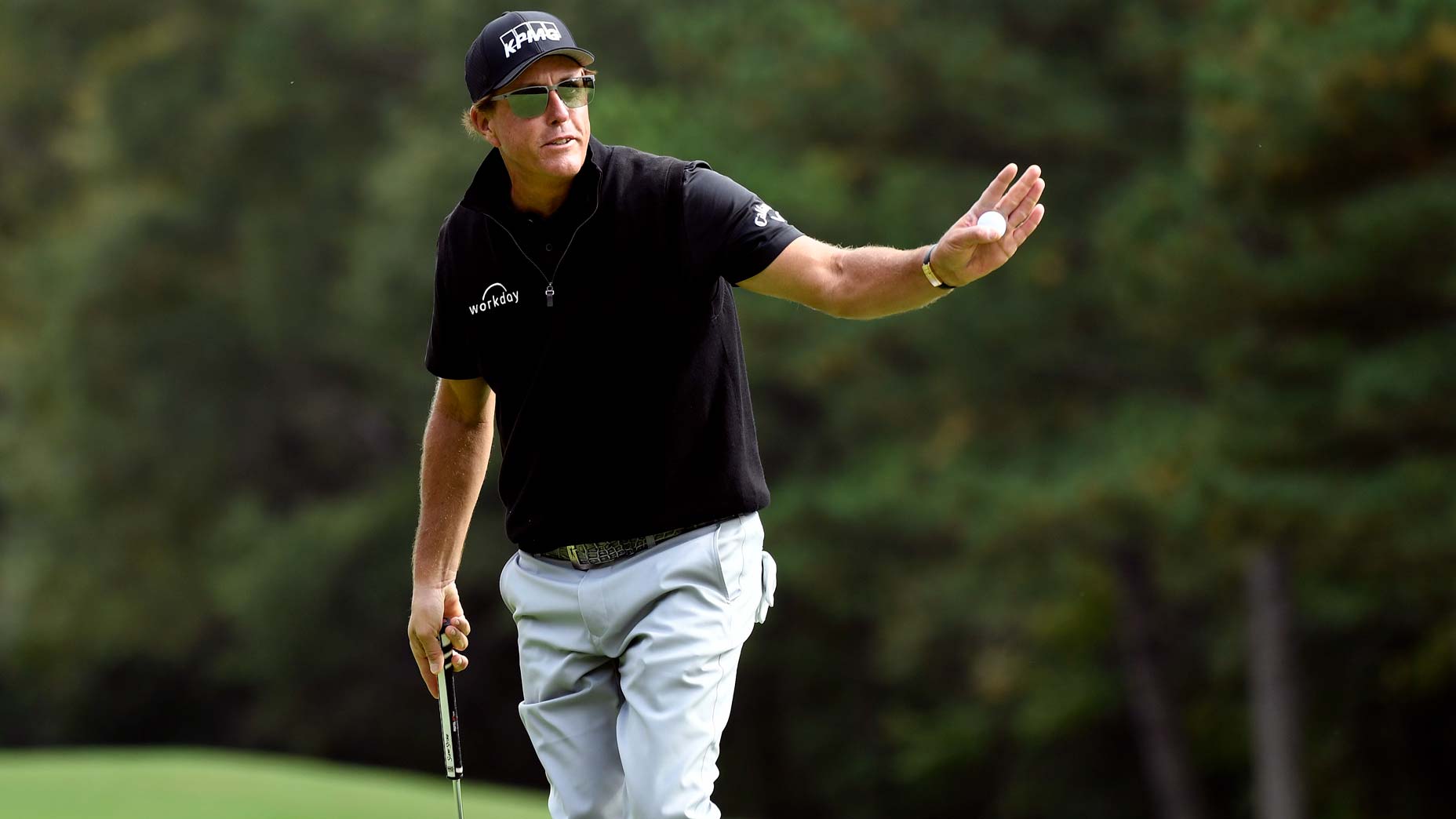 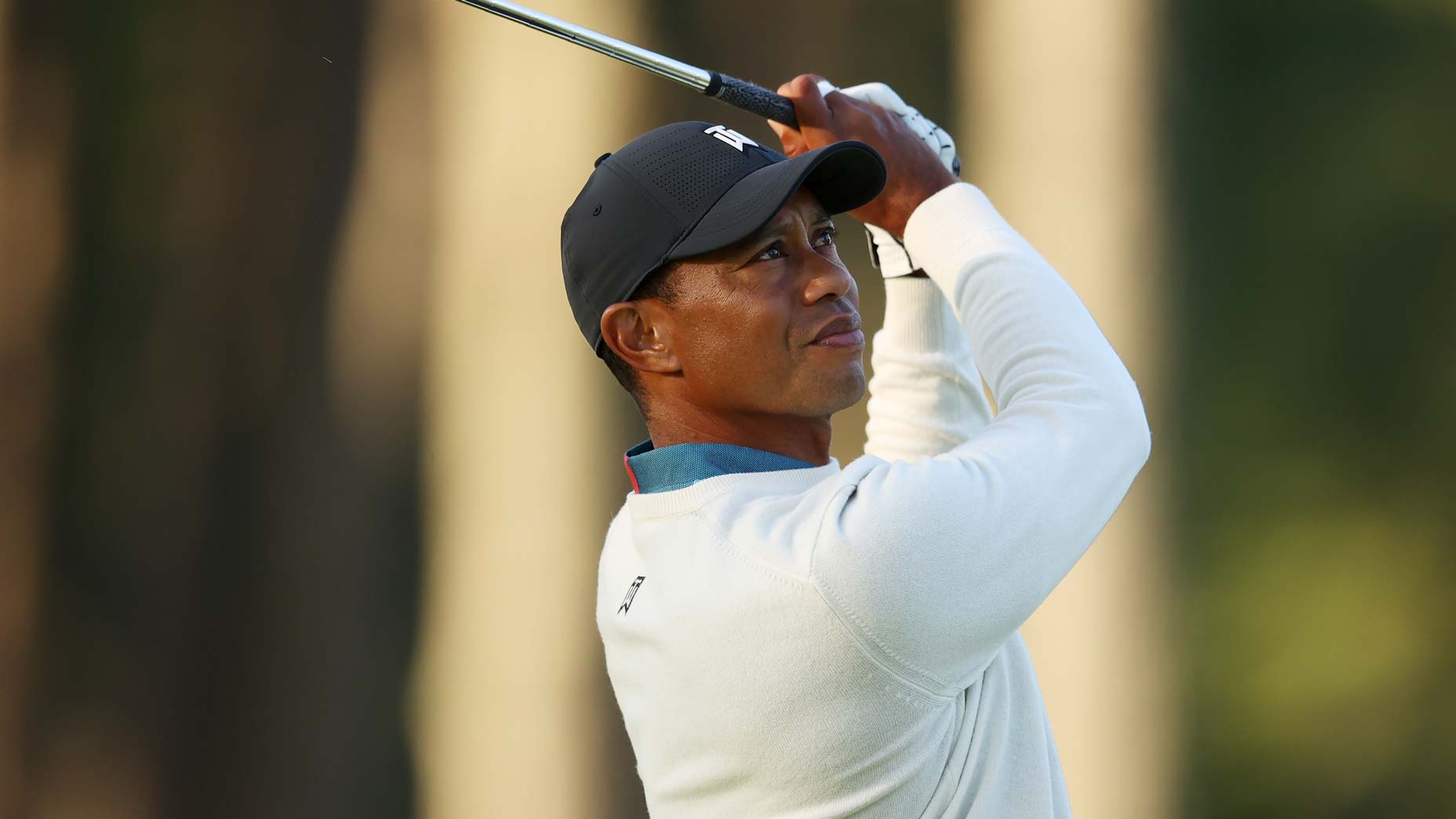