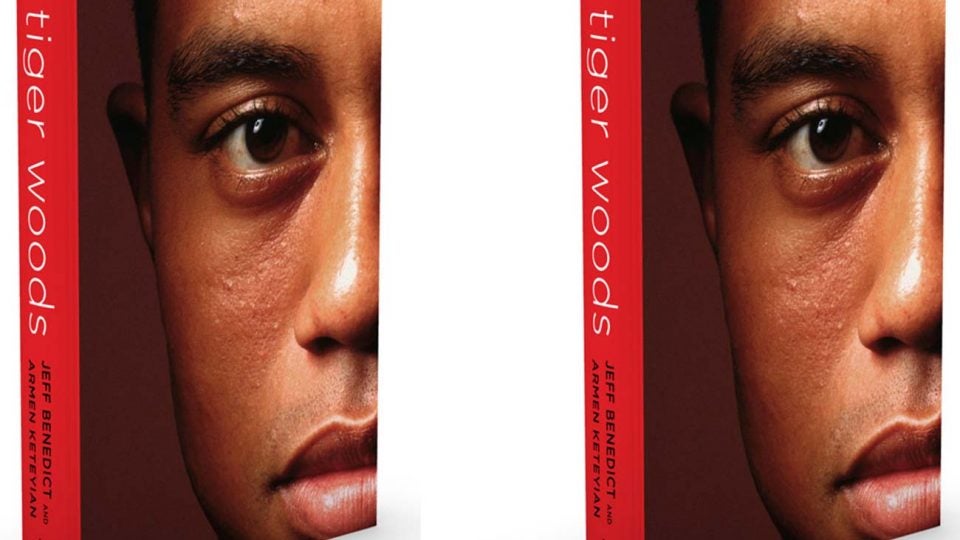 The book was released on March 27.

UPDATE: On Wednesday evening the authors of Tiger Woods — Jeff Benedict and Armen Keteyian — released a statement to GOLF.com that read in part:

“Between January 2016 and February 2018, we made repeated attempts to interview Tiger himself through his representatives, Glenn Greenspan and Mark Steinberg. As we write in our book, they imposed conditions for Tiger’s cooperation that no serious journalist would accept.

“As for our sourcing and research, as responsible biographers we are very open in our book about the use of Tiger’s own extensive written and public statements as a crucial source of insights, facts, and reflections. We credit these and other previously written books and articles about Tiger Woods for providing valuable reference and verification for our narrative.

“If we have made any inadvertent typographical or factual errors, we will correct them in future printings of the book.

“But let us be clear: We stand by the accuracy of our reporting and are proud to have produced a critically acclaimed book that answers a question many have asked for many years: Who is Tiger Woods?”

Two of Tiger Woods’s top representatives have challenged the reporting in a much-buzzed-about new Woods biography, alleging that the book is “littered with egregious errors” and the authors “can’t even manage basic truth and accuracy.”

In a sharply-worded 648-word statement released Wednesday, Woods’s manager, Mark Steinberg, and chief spokesperson, Glenn Greenspan, claim the book, Tiger Woods, is a “re-hash” of previous Woods biographies and that the authors, Jeff Benedict and Armen Keteyian, “did zero fact checking with us of any kind.”

“They gave us no chance whatsoever to verify any of the material, which resulted in a long string of errors in the book,” the statement reads.

Through their editor at Simon & Schuster, Benedict and Keteyian did not immediately return GOLF.com’s request for comment, but they did respond to the statement on an appearance on ESPN’s Outside the Lines Wednesday afternoon.

“What Greenspan and Steinberg have just done here — they’ve just illustrated what we just wrote about,” Benedict said. “Mark Steinberg is showing Mark Steinberg here. This is what he’s been doing for a long time.”

In the book, the authors did not specifically say what they did or did not try to vet with Woods’s camp, but they did request to interview Woods. In the prologue, they write, “We were told that before any interview would be ‘considered’ we needed to disclose whom we spoke to, what they said, and the specific questions we’d be asking, conditions that we were not willing to meet.”

They also requested an interview with Woods’s mother, Kultida, but said she did not respond to their request.

Benedict and Keteyian added that many potential sources they contacted either had signed confidentiality agreements that prevented them from speaking or needed Woods’s permission before they spoke — permission, they say, that was not granted.

The authors said they conducted interviews with more than 250 people “from every walk of Woods’s life.”

Steinberg and Greenspan detail several “careless mistakes” they found in the book, including “Jack Nicklaus and Arnold Palmer applauding at a dinner they never attended,” “quoting a broadcaster who wasn’t present at an event,” and “inventing a press gathering that didn’t occur.” They also claim the authors erred in how they characterized Woods’s demeanor during a round he played with President Bill Clinton, an anecdote that Clinton aide Doug Band also has disputed.

“[They] cited nine errors, and these are errors we could debate,” Keteyian said of the Steinberg-Greenspan statement on Outside the Lines. “There are tens of thousands of facts in this book. I fact-checked the book myself … we hired our own fact checker, we had copy editors that fact-checked. There’s an enormous volume of information. So they found nine [errors] out of 404 pages?”

“Most of the thoughts and feelings that they attribute to Tiger are either second-hand or flat out made up,” they said in the statement. “It’s hard to imagine that two guys who have never met or spoken to Tiger can legitimately guess what he or his family were thinking.”

In the book, the authors explain that they reported Woods’s thoughts by leaning on “statements and writings in which he discussed his thinking” and “interviews with individuals with whom Tiger shared his thinking.”

Early in the book, the authors reflect on the difficulty of covering Woods, noting that he is “the most mysterious athlete of all time, an enigma obsessed with privacy who mastered the art of being invisible in plain sight, of saying something while revealing virtually nothing.”

Tiger Woods was released on March 27. It is currently 18th on Amazon’s best-seller list.