Pebble Beach has long defined Tiger Woods’ legend — it is the site of his most dominant victory (the 2000 U.S. Open) and wildest Sunday comeback (’00 Crosby Clambake). Now, Woods is coming home again, having just signed a deal with Pebble Beach Co. to redesign the par-3 Peter Hay Golf Course, which is up the hill from the first tee of the big course, adjacent to Pebble’s practice facility.

It is a richly symbolic partnership. The last architect to perform significant work at Pebble Beach is the man Woods has always measured himself against, Jack Nicklaus, who in 1999 added the new 5th hole on the cliffs above Stillwater Cove. More recent in-house tweaks — like the restoration and expansion of the 13th, 14th and 17th greens — had to be approved by the King himself, the late Arnold Palmer, one of the Pebble Beach Co.’s managing partners. Now Woods is the heir apparent to watch over one of the crown jewels of American golf, beginning with a petite but a high-profile commission for his  burgeoning design business. “Pebble Beach and Tiger Woods — it’s a match made in heaven,” says company CEO Bill Perocchi.

The reimagined Peter Hay, slated to open in October, is also an important evolution for Pebble Beach as a golf destination. Competitors like Bandon Dunes and Pinehurst have continuously reinvented themselves with new offerings that include thrilling par-3 courses designed by brand name architects. Pebble Beach had fallen behind and Peter Hay was symbolic of this neglect — a scruffy collection of rather boring holes, most of them with round, pop-up greens lacking in distinction. Tiger’s vision for the course, while still evolving, will inject fun and variety into the layout and take much better advantage of its sweeping vistas. 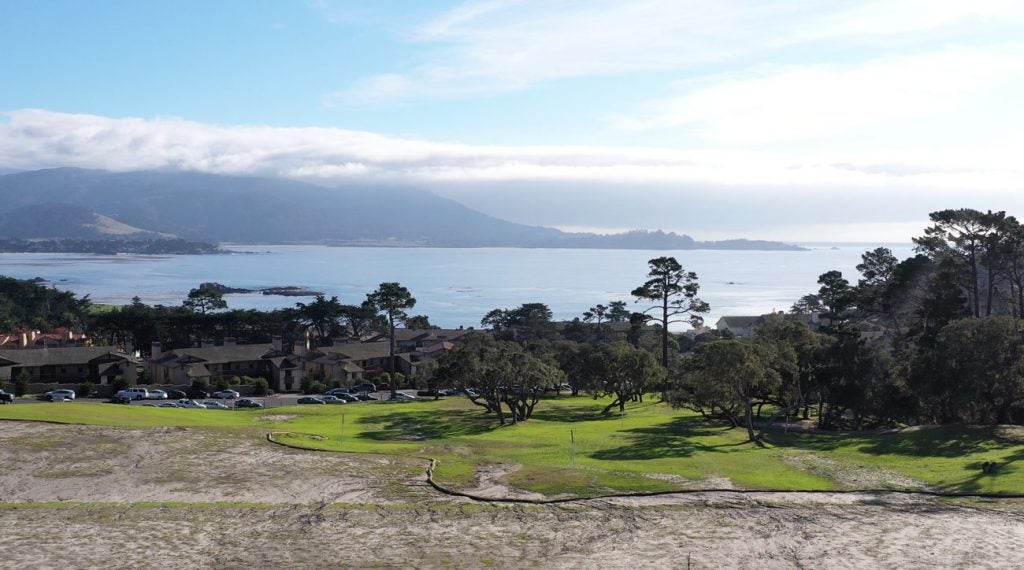 The redesigned Peter Hay par-3 course at Pebble Beach will include a hole played to the same yardage and elevation change as the big course's famous 7th.
Courtesy Pebble Beach

The old Hay played counterclockwise, away from the ocean. Tiger has flipped the routing, leading to what will surely become the signature shot: the new second hole will be an homage to Pebble Beach’s 7th, playing to the exact same yardage and downhill slope, with the familiar contours of the green framed in the distance by the Pacific Ocean and Point Lobos. Other surprises abound. The old Hay had a sameness to the shots but Woods has found a new hole as short as 45 yards and a couple of whimsical green sites with trees that have to be navigated over, under or around.

The putting surfaces will ask more interesting questions while still being playable for beginners. The old greens were slow and shaggy, with maintenance an afterthought because Peter Hay was torn up twice a year as a staging ground for Clambake infrastructure and corporate entertaining during the Concourse d’Elegance car show in August. Going forward, Peter Hay will be maintained with the same care as the big course and be off-limits to anything other than golf. It also figures to become a popular gathering spot for both resort guests and locals, with a 16,000 square foot practice green and a new bar and grill that will have an inviting patio with fire pits. 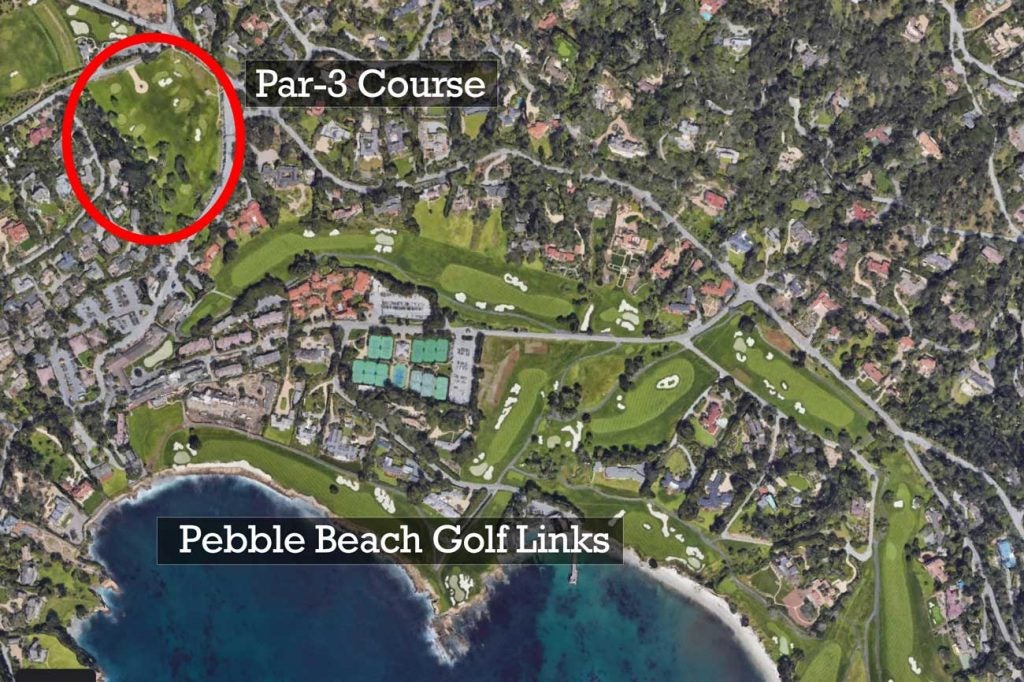 Resort guests will have another fun track to play at Pebble Beach.
Google Earth

The excitement around Pebble Beach about having Woods in the fold — Perocchi describes it as “giddiness” — also comes from mending an awkward relationship. Woods has never been a regular at the Clambake. He likes to play in a hermetically-sealed bubble, which is not possible during a celebrity pro-am sprawling across three courses. His conspicuous absence over the last decade was also retribution for tournament sponsor AT&T dropping him as an endorser in the post-fire hydrant scandal. Then there was the 2010 U.S. Open at Pebble Beach, at which Woods went out of his way to criticize Pebble Beach’s greens. This raised plenty of hackles at a prideful company that counts on word-of-mouth to attract customers. (Phil Mickelson, who has developed many enduring local friendships during his three decades supporting the Clambake, made a point of complimenting the greens in 2010, because of course.) So, bringing Woods on board to do Peter Hay is a kind of long-overdue rapprochement. “We’ve wanted to have a closer relationship with Tiger for a long time,” says a Pebble Beach Co. insider who requested anonymity. “This is being looked at as the start of a new chapter.”

For Woods it is also a needed return to his roots. This Southern California kid grew up on humble public tracks, first falling in love with the game at Heartwell, a par-3 course in Long Beach. After launching his eponymous course design firm at the dawn of the aughts, Woods chased dollars from the desert of Dubai to the cliffs of Mexico, selling his services and a piece of his soul to gaudy private developments at which the golf course served as little more than an excuse to sell over-priced real estate. Peter Hay — named for one of Pebble’s first head pros, who was a champion of junior golf — has always been and shall remain free for kids 12 and under to play. (Teens paid $10 and adults $30.) As the only par-3 on the Monterey Peninsula it is an important portal for beginners and families. Pricing has not yet been announced but Perrochi says, “We know this golf course serves many different constituents. Obviously the goal is to attract more resort guests, but Peter Hay will remain the home of junior golf on the Peninsula.”

Kids, Tiger, a fun new golf course … what more could you want? Giving a tour of the property last week, Pebble’s director of golf John Sawin couldn’t contain his excitement, even as he was sloshing through the mud. “The feeling out here is going to be very welcoming, very friendly, very family-oriented,” he said. “That’s something we share with Tiger and his design team, this vision to grow the game by lowering the barriers to entry and making it more welcoming. To do that here at Pebble Beach, it’s a very special opportunity. And what a nice legacy for Tiger.”