#AskAlan: If Patrick Reed doesn’t qualify for the Presidents Cup team, should Tiger make him a captain’s pick? 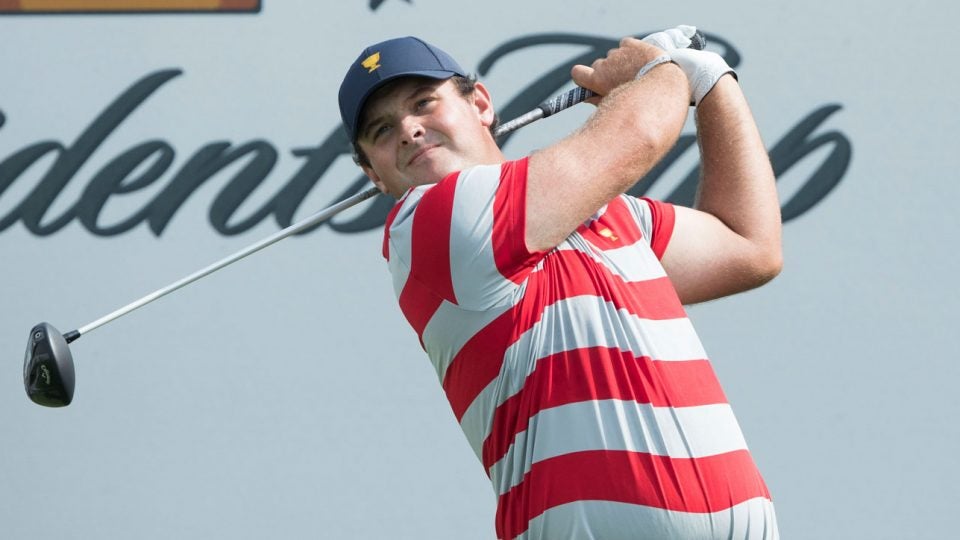 Patrick Reed's antics following the 2018 Ryder Cup have many people curious about his standing for the Presidents Cup.
USA Today

Welcome to director’s cut of #AskAlan. Starting this week we’re breaking the column into two distinct halves, with the midweek version focused on the recently-completed tournaments and the Friday download ranging further afield. Thanks for checking it out…

Will you rank your top-ten active golfers (under age 50) in terms of their overall career achievements at this point in time?#AskAlan -Grant (@SwishmastaWest)

#AskAlan I contend that Mike Davis, through arrogance and horrible course decisions (Erin Hills, Chambers Bay) has made the U.S. Open the worst of the four majors, with the PGA Championship shooting past it. Am I alone on this? -Paul (@BillsMafia3233)

It’s interesting how wants and desires evolve. If you talk to old-timers, the major most coveted by Americans was the U.S. Open and, among international players, the Open Championship was their ideal. Nowadays, pretty much every players’ first choice would be the Masters, a testament to how well Augusta National has marketed itself and the power of iconic victories by living legends Tiger Woods and Phil Mickelson. No question the U.S. Open has been devalued by a generation of USGA screwups but I still think it has more cachet than the PGA. Our national championship simply has a richer history, stronger venues and fewer fluky winners. Hopefully the USGA can start making things right and return some polish to what used to be golf’s crown jewel.

Is custom caddie bibs the best way to have a fun, unique way to make your event special without turning into a Waste Management-esque sideshow? #AskAlan -Lou (@SliceSlicing)

That’s kinda cute, and a great keepsake – I have hanging on the wall my SHIPNUCK’d caddie bib from the 2016 First Tee Open. Lemme know how it goes over.

The above is Greg Norman’s resume. It’s funny how Shark can be simultaneously one of the the most overrated and underrated players ever. Did he have a better career than Larry Nelson or Nick Price (each of whom won three majors)? Of course. Was Norman’s career more impactful than Ray Floyd’s? No doubt, but I’m pretty sure Raymundo wouldn’t trade his four majors for Shark’s longer v.c. For better and for worse, major championships are and will always remain the ultimate measuring stick.

If Patrick Reed embarks on a swing rebuilding and doesn’t qualify for the Presidents Cup, does Tiger make him a captain’s pick? #AskAlan -Clay (@FlintHaven)

I’m quite sure that Tiger, Steve Stricker, Jordan Spieth and sundry others are hoping that Reed goes for a 5-year rebuilding project. Given that there are now two swing coaches on Reed’s payroll, this might actually happen.

Of course they should! It’s one of the most beautiful spots on the planet, with towering dunes that scream out for a great golf course. Instead, all we get is mediocre layout with oft-baffling greens. Yes, the course was built under stringent environmental restrictions. But for 30 years Pebble Beach Co. has been excellent stewards of the land. It’s time to go back to the California Coastal Commission and get approval for a redo. It doesn’t do anyone well to have a golf course no one likes.

Which Kaymer are we talking about? In his 20s, Kaymer was a monster: two majors, world number one, the winning putt at the Ryder Cup, a Players, double-digit wins on the Euro tour, a Race to Dubai title. But in the last five years he fallen off the map. So, I would call him a huge overachiever who is now underachieving. Kaymer is only 34 and still works like a dog so he has plenty of time to pad his resume’.

Some players fade badly on the last round. Some buckle down and fight. What makes a pro fight to the end? -@GolfJoss

This is the enduring mystery across all of sports. Sam Snead should have won three times as many majors as Gary Player but you can’t measure what’s on the inside. Same goes for sportswriters.