Tiger Woods on intimidated opponents: ‘That’s your own f—ing issue’ 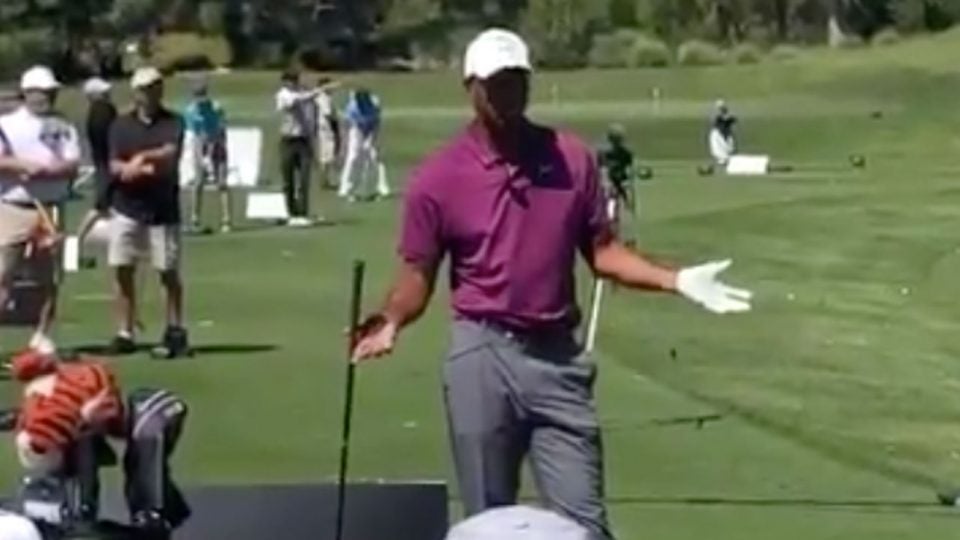 Early in his career, Tiger Woods gained a reputation for making other players wilt alongside him. Coming down the stretch on a Sunday, Woods’s competition seemed intimidated and shrank away while the man in red and black shone in the spotlight.

We’re years removed from Woods’s last victory and we’ve seen plenty of the superstar’s fallibility. But it’s still fascinating to hear Woods address his own aura, and a video from a recent clinic Woods gave at his Tiger Jam charity event gives a little into his mind. Speaking to a receptive audience as he hits balls on the range, Woods encouraged aspiring golfers not to worry about their opponents.

“I can’t control you. The only thing I can control is me,” Woods tells the assembled crowd. “Now, if I do this more efficiently than you, if you get intimidated that’s your own f—ing issue.”

You can watch the clip, which does contain an expletive, below.

Tiger doesn’t care if you’re intimidated by his presence… pic.twitter.com/nGC2J5KVnV