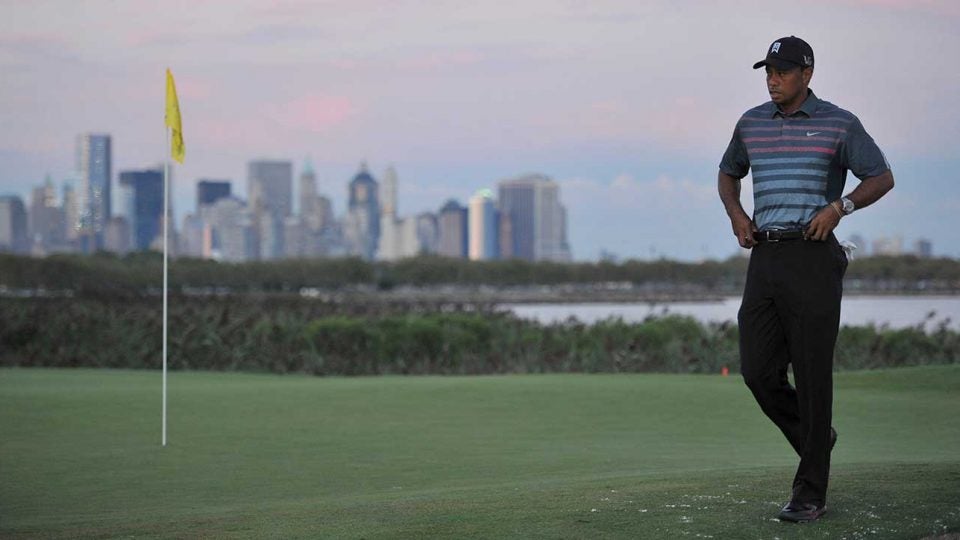 Tiger Woods is in The Northern Trust this week, but he'll be back at Liberty National for the Nexus Cup in September.
USA Today

The Northern Trust, the first leg of the FedEx Cup Playoffs, begins on Thursday at Liberty National in Jersey City, N.J. With that on the horizon, Tiger Woods and his team announced the next big-time event held at the same course — the inaugural Nexus Cup.

Woods and TGR Live, the organization that runs Woods’ events, both tweeted about the new tournament on Monday, which will be an amateur competition hosted by Woods.

Excited for the NEXUS Cup at Liberty National this September. Looking forward to hosting this new event that will continue to help more students through @TGRFound. https://t.co/5hyRcGSWbX

According to the release, the Nexus Cup — a TGR Live and Nexus partnership — will be the “most exclusive amateur golf event in the world.” The two-day invite-only team competition is scheduled for Sept. 24-25 at Liberty National, culminating with a “championship shootout.”

The release also boasts “an incredible array of prizes” that will be awarded, which includes Rolex watches, exclusive experiences at Tiger Jam and the Hero World Challenge, a dinner with Woods and more. Gary Woodland, Keegan Bradley and Henrik Stenson are also mentioned to make appearances.

The release did not mention anything more regarding if the event is male, female or co-ed, the size of the field invited or if it will be broadcast by any network.

Woods is in the field for this week’s Northern Trust and is scheduled to speak to the press after the pro-am on Wednesday.