In the current era of live-streaming, social media and constant content, some celebrities and superstars run the risk of overexposure. But not Tiger Woods. After his round (and season) wrapped up on Sunday evening, Woods revealed that we may not see him on the golf course for a while.

Woods will eschew most of the fall wraparound season, he said, save for one trip to Asia for the debut of the Zozo Championship. “It’s virtually the end of the season for me. I’m going to play one Tour event in Japan. I sometimes used to go to Japan or South Africa or Australia in the fall and play. That’s basically the same thing for me,” he said.

There’s slightly more than just that, of course. On Oct. 21, days before the Zozo, Woods will reportedly play a skins game at the same course with Rory McIlroy, Jason Day and Hideki Matsuyama. And we’ll see him at the Hero World Challenge, his Bahamas-based event, in early December. After that, he’ll fly directly to Australia, where he’ll captain the U.S. Presidents Cup team — the only question is whether he’ll be playing on the team, too. Woods finished 13th on the points list, shy of the top eight automatically-qualified positions. As a result, he’ll need a captain’s pick from himself (and the rest of the team).

“It’ll be fun to talk to [vice-captains] Fred [Couples] and Stricks [Steve Stricker] and Zach [Johnson] and the eight guys about who do they want on the team. Some of the guys who are going to keep playing who are outside of the top eight showed some game and we’l have a lot of communication with those players as well,” he told GolfTV. “I’ve gotta talk to the vice-captains and the top eight guys and whether or not they want me to play in Australia.”

The final piece of the puzzle would involve some sort of reboot of his Thanksgiving 2018 “Match” with Phil Mickelson. There was talk of a multi-year plan in place, but neither star has yet made any remarks that would hype up a potential rematch. 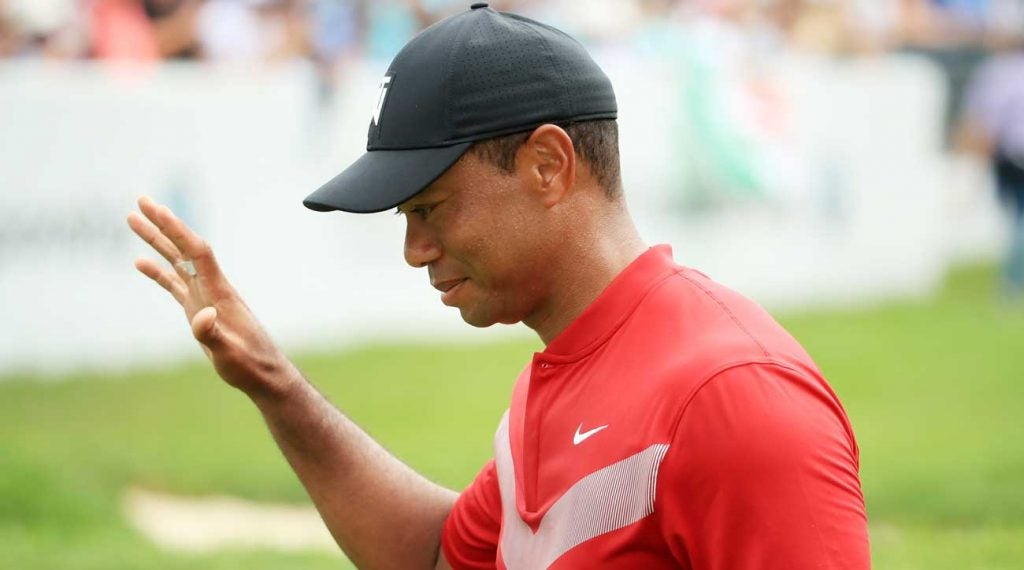 Where will we see Tiger Woods tee it up next?
Getty Images

There’s no doubt that Woods was unhappy that his season ended without a return to the Tour Championship. “It’s disappointing. I wish I could have,” he said. “Last year culminated in a pretty special moment for me and would have been nice to go back there but I’ll be watching the guys on TV.”

Still, falling short in the playoffs doesn’t color the way he graded out his season. He was asked for a season’s-end evaluation and made it clear in his response just how much his Masters win meant.

“It was very special to win my 15th major and get my fifth jacket,” he said. “Those are special moments, and be able to have an opportunity like that…the rest of the tournaments I didn’t really play as well as I wanted to but at the end of the day, I’m the one with the green jacket.”

He finished that answer with a smile. We’ll see Woods when we see him — and on his terms. He’ll still be the one with the green jacket.