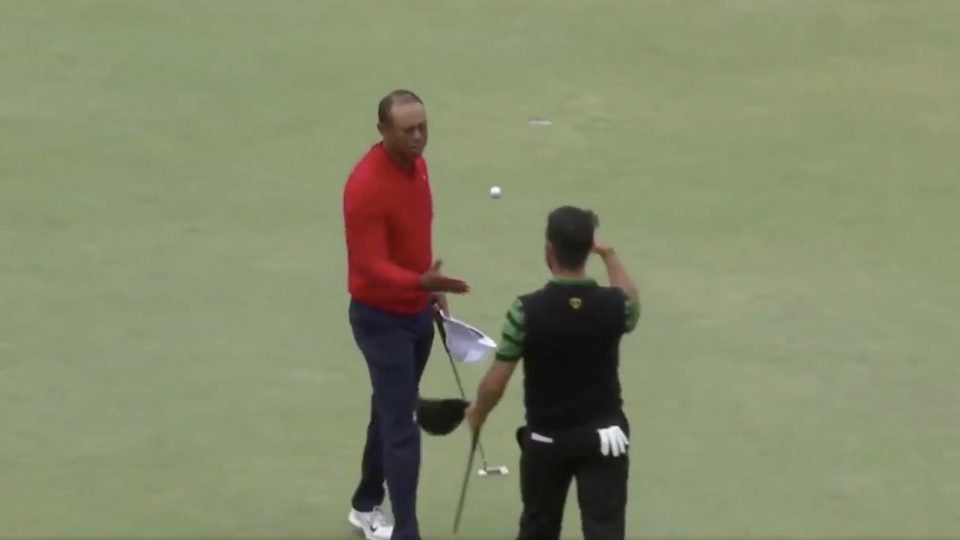 Surely you’ve seen the original clip of Tiger Woods pulling off his hat in his Presidents Cup singles match win over Abe Ancer. Before what proved to be the winning putt had dropped, Woods reached for his brim and tugged off his cap, the universal symbol for game over.

Now another clip has surfaced that’s even better.

It’s content like this that confirms my belief that the internet — specifically golf twitter — may actually be the best, after all. Sure, it’s fake. But who cares. Articles like this will exist to tell people it’s fake! Fake, and also hilariously awesome.

For reference, here’s the original clip. A fraction of a second before Tiger’s putt drops, you can see him reach for his hat.

Walk it in? Nah, removing the hat before it's in the hole.

“Well, when it was about probably like six feet out — the match was over. I might have taken the hat off a little bit early, but it was over.”

Enter the folks at PuttOut Golf, who had fun with one of the best moments of the year. The original clip was taken down, but there are still a few versions floating around.

I wish I was as confident about anything in my life as Tiger Woods was about this putt going in pic.twitter.com/LMgkJ6QTWz

PuttOUT, in case you are interested, are the masterminds behind a number of training aids, including one I named in my “Best Training Aids” for 2019: The PuttOut Putting Mirror and Gate. 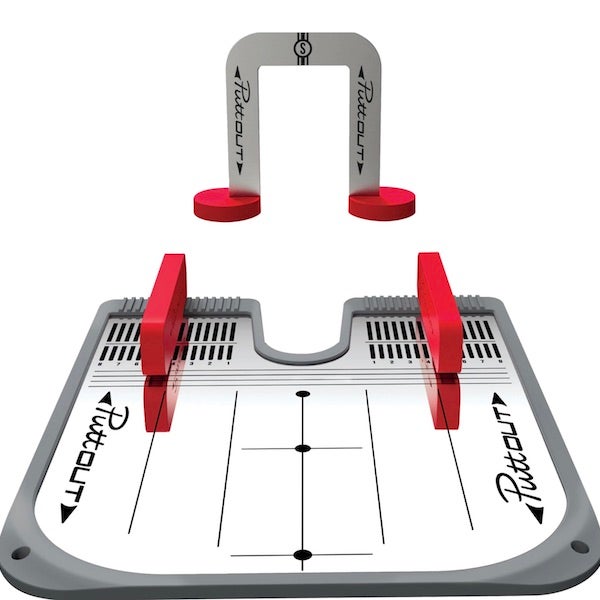 There are many putting mirrors out there, but the PuttOut Mirror is our personal favorite. Yes, it’s slightly more expensive, but it also is more durable — an important quality because putting mirrors are prone to breaking. It comes with a small putting gate, which provides helpful feedback to help your start your putts on the correct line.