A comprehensive history of Tiger Woods dominating at Firestone 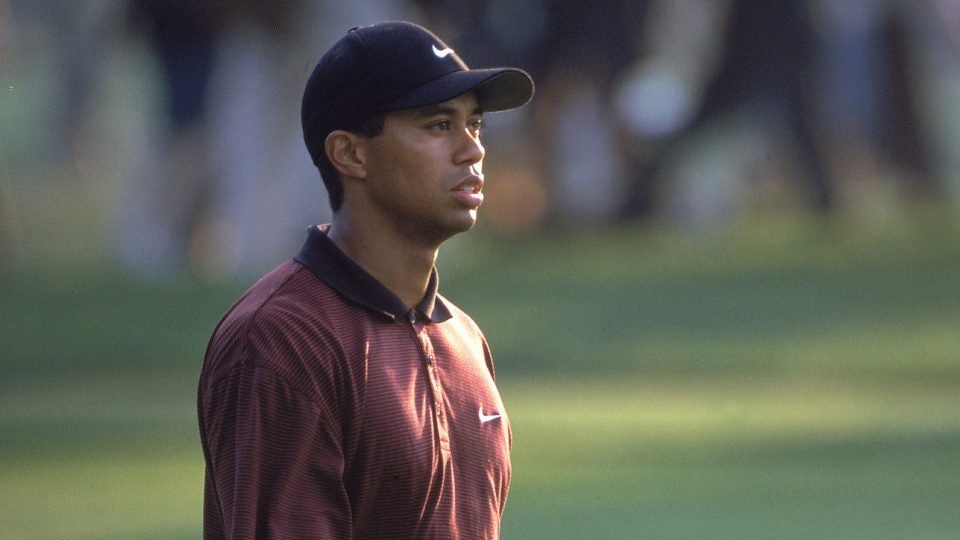 Tiger Woods has had quite the run at Firestone.
Getty Images

Between 1999 and 2009, Tiger Woods played the WGC event at Firestone nine times. He won seven of those. Let’s take a walk down memory lane as Tiger fans everywhere wonder if this is the year Woods winds back the clock in Akron.

It’s the inaugural year for the World Golf Championships and the WGC-NEC Invitational comes to Firestone in August, replacing the World Series of Golf.

Winner’s check: An even, enticing $1 million.

How did Tiger do? He won. The 23-year-old World No. 1 shoots a third-round eight-under 62 and fends off a final-round 65 from Phil Mickelson in a single-shot victory at Firestone.

Must-see highlights: Come for the third-round 62 highlights, stay for the full-sized divots from a baggy-shirted Woods and a slim, trim Mickelson! Must have been plenty of rain this year.

The second WGC-NEC Invitational returns to Firestone and turns into an exhibition for Woods.

How did Tiger do? He won, again, shooting 64-61-67-67, tying the course record and shattering the tournament record at 11-under 259. Woods beat runners-up Justin Leonard and Phillip Price by 11 shots. What more to say? This was one of the signature tournaments of Tiger’s career.

Must-see highlights: From the “camera lens makes it look lighter than it is” files, Woods hitting it stiff at 18 in the pitch black is the perfect example of the pure joy of Woods’s dominance. It didn’t matter for the tournament— he had a 10-shot lead already — but why not add a glistening short-iron in the flash-bulbs for one final birdie? An awe-inspiring moment from the sort of tournament performance only he could provide. 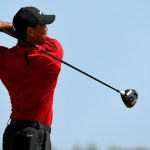 You may also like Back to Akron: An ascendant Tiger Woods returns to the WGC Bridgestone

How did Tiger do? He won — for a third straight time! — but this one took some extra work. Woods began Sunday in the final group, two shots behind Jim Furyk. Woods’s 69 and Furyk’s 71 left the pair tied at 12-under 268. After the two traded pars back-and-forth for six playoff holes, Woods stuffs a pitching wedge inside three feet at No. 18 for a kick-in birdie to seal it.

Must-see highlights: Peep that aforementioned wedge shot. At 2:45, 25 holes in, Woods smells blood and slams the door. The accompanying commentary nails it: “If you made a golf course for a golfer, Firestone is made for Tiger Woods.”

After a year’s sabbatical in which the WGC-NEC heads to Sammamish, Wash., (and Woods finishes just fourth) the event returns home to Akron and Firestone.

How did Tiger do? He finished a disappointing fourth place, ending his undefeated streak at Firestone. Darren Clarke throws down a commanding four-shot win over Jonathan Kaye, with Davis Love III in third.

Must-see highlights: Must-see is strong, but come on down to see some vintage John Anderson SportsCenter highlights from the second round! Simpler times.

Woods had hit a bit of a lull in his illustrious career, failing to record major championship wins in 2003 or 2004, and Vijay Singh loomed in his rearview, threatening to overtake the World No. 1 ranking.

How did Tiger do? He finished T2, four shots back of wire-to-wire winner Stewart Cink. A 68-66-70-69 Firestone week was rather pedestrian for Woods but still netted him a cool $552,000 and some solid World Ranking points. Still, Singh would claim the No. 1 spot in the next month, ending Woods’s streak at 264 weeks.

Must-see highlights: Some final-round highlights of Woods trailing the rock-solid Cink. But skip straight to 1:25 for this gem: “Gary, this is so far right Michael Moore is going to do a documentary on him.” What follows is the sort of vintage Woods mini-meltdown that reminds us just how different his on-course conduct is now.

Woods arrives at Firestone once again on top of the golf world, as Masters champion and World No. 1.

How did Tiger do? He won again, restoring the universe to proper calibration. An unspectacular final-round 71 was good enough alongside playing partner Kenny Perry (74) and the chase pack of Stuart Appleby (74) and Paul McKinley (72). Woods shoot six-under 274 to win by one over Chris DiMarco.

Must-see highlights: Check out those Nike turtlenecks! Not to mention the stripey Sunday red. Scripting-wise, 2005 was an interesting year.

Now simply the WGC-Bridgestone Invitational, but no matter. Plenty of familiar faces on the 2006 edition at Firestone, and a heck of a dramatic finish.

How did Tiger do? He won, once against requiring extra holes. This time his playoff opponent was ’04 champ Stewart Cink, who took Woods to the fourth extra hole before falling victim to a Tiger-Stevie double fist pump at No. 17.

Must-see highlights: “It is pouring out here.” Skip to the end to see Woods convert a buttery flop shot at 18 followed by a birdie in rain gear. In the light, the dark, the rain — there’s no stopping Woods at Firestone.

How did Tiger do? He won. Again. That meant his third victory in a row, his sixth at Firestone and his 14th World Golf Championship. This one was particularly notable for Woods’s final-round stomping of the rest of the field, turning a one-shot deficit into an eight-shot romp as he bettered playing partner Rory Sabbatini 65-74. Yikes.

Must-see highlights: The entire final round is is worth watching, but when was the last time we saw Tiger in that opening-round yellow? Bright and sharp. But the final-round beatdown is something to behold. “When it comes to Firestone, he now has a sixth sense,” Nantz says. Not sure about that one.

Does it count as a four-peat if you skipped the previous year? Tiger Woods entered the week looking to find out.

How did Tiger do? He won. Just as in 2007, Woods entered the final round paired with the leader — this time three shots behind Padraig Harrington — and outclassed him with a Sunday 65. Harrington managed just 72 and finished T2, four shots behind Woods. Harrington, who had won two majors during Woods’s injury hiatus, saw firsthand how things looked with the world’s top player back on his game.

Must-watch highlights: Take a good look at the front-nine 30 on Sunday, and stay for the 18th-hole birdie.

How did Tiger do? He won, and it wasn’t close. Woods was on 59 watch on Day 2 at Firestone and settled for nine-under 61, giving him a seven-shot lead heading to the weekend. He’d maintain that, ultimately posting 15-under 265, well clear of runners-up Keegan Bradley and Henrik Stenson (eight under).

Must-watch highlights: Breathe in every shot of this second-round 61, particularly the final putt. It’s the last time we’ve seen that particular version of Tiger.

The victory in 2013 remains Woods’s most recent win on Tour, and it’s no surprise that it came at Firestone. He enters this year’s event in the best form in five years, which leads to the question: What will 2018 bring?