By Alan Bastable and Pete Madden 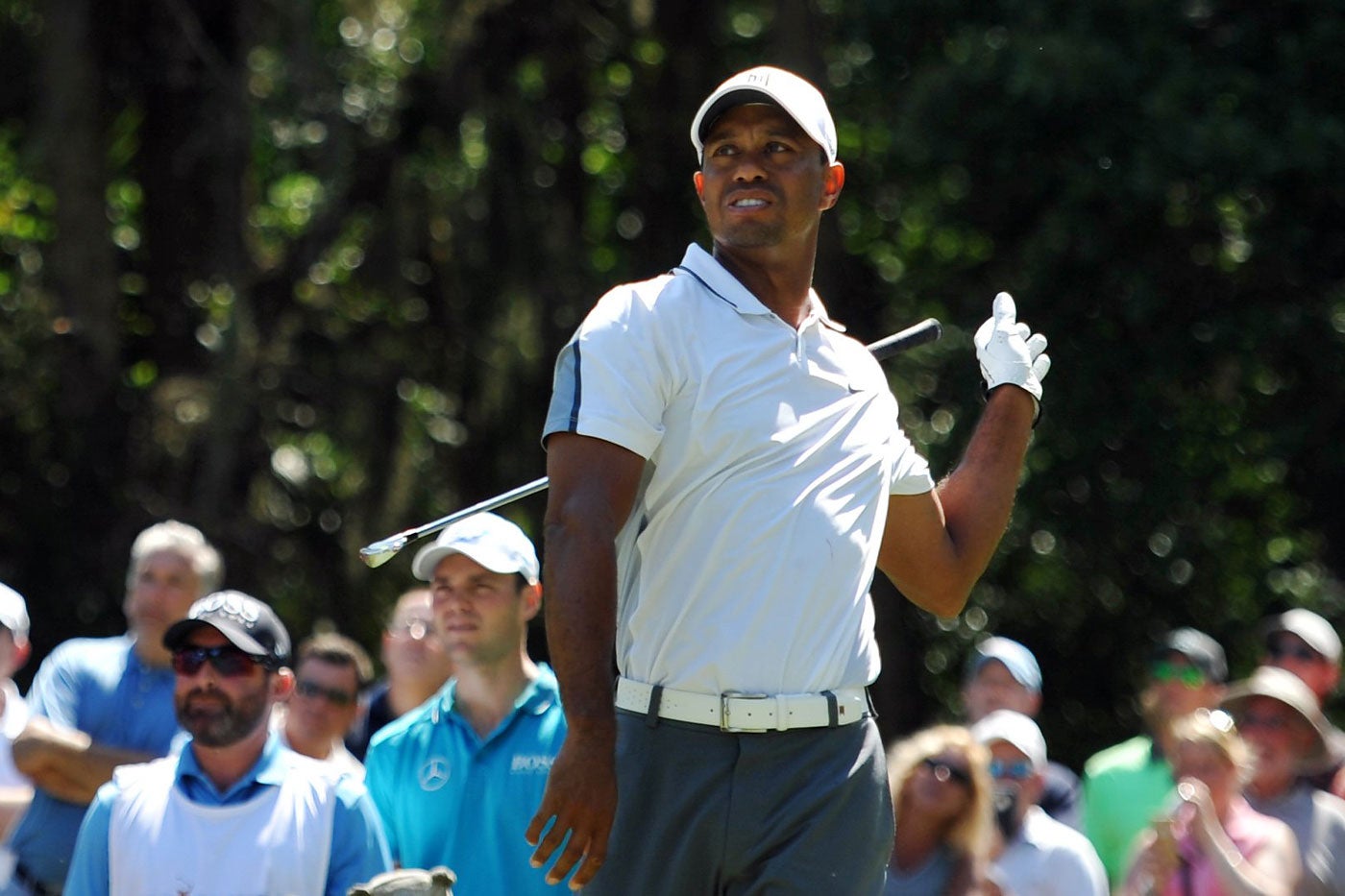 Golf may be a gentleman’s game, but let’s face it:

So do plenty of other four-letter words.

Like the time Mark Wiebe castigated himself with a cacophony of curses for missing a kick-in at a Champions tour event in San Antonio in 2012. Or when a down-on-his-luck Bubba Watson used a colorful adjective to describe sloppy playing conditions at the 2014 PGA Championship at Valhalla. Or when Tiger Woods … well, take your pick.

Since 2011 the Federal Communications Commission has fielded 22 complaints about profanities heard on golf broadcasts on CBS, NBC, Golf Channel and ESPN, according to FCC records obtained by GOLF.com through a Freedom of Information request. Fifteen of those grievances, or nearly 70 percent, relate to salty language uttered by Woods.

To be fair, Woods is on camera far more than any other player and thus more exposed and scrutinized. But 15 gripes in four and a half years is still a hefty tally. Consider that over the seven-season run of Tina Fey’s edgy NBC sitcom 30 Rock, the comedy garnered just nine FCC complaints.

No one is suggesting that Woods has turned the Tour into the Howard Stern Show, but the sharply worded objections against his verbal pyrotechnics do offer a fascinating glimpse into the mind of the American golf fan, or at least a conservative subspecies of the American golf fan. The tone of the complaints range from furious (“I should not be subjected to this in my own home!!!”) to fed up (“certainly not the first time I witnessed this behavior while watching golf on t.v.”) to flabbergasted (“I was confident that I could watch the program with my four small children who all heard the profanity and were shocked and confused.”) 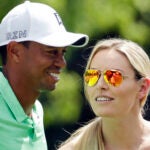 After the 2011 Masters a viewer from Devine, Tex., wrote the FCC to complain that Woods had used a “profane 4 letter word” during the CBS telecast, adding that “Bobby Jones is turning over in his grave.”

A year later a woman from Vancouver, Wash., took long-winded umbrage with Woods’s word choice during the second-round coverage of the 2012 Masters on ESPN: “On Good Friday while my husband was watching the Masters Golf Tournament all of a sudden the living room is filled with a person swearing using the Lord’s name in vain — and damning …This is unacceptable. When watching a sports program we should be free from vile insulting assaults like this one issued by Tiger Woods when he was unhappy with his golf drive.”

“Not what you want your family to hear on Easter weekend,” echoed a viewer from Raleigh, N.C.

The most vociferous objection to a golf broadcast in terms of total complaints came after the final round of the 2013 British Open at Muirfield, when a half-dozen golf-watchers contacted the FCC to lament Woods’s use of the phrase “god d—it.”

One of those viewers, from Greenwood, Ind., remarked: “My concern is not with myself as I am completely aware [Woods] lacks professionalism, but it is with the fact he should be a role model for younger golfers and children that may not be exposed to that type of language.”

Seconded another viewer: “My 11 year old daughter enjoys watching golf with her Dad. No more, as long as Tiger’s playing!”

The protests also shine a light on what some fans expect from the networks that broadcast golf.

“There are NUMEROUS examples from MANY players using obscene language and gestures during golf events,” a Fairview, Tex., viewer wrote the FCC in 2013. “If the players are not going [to] act like professionals, can we at least get a 10 second delay?”

A Statesboro, Ga., viewer took that line of thinking a step further: “The audio should be removed from [Woods’s] shots.”

(A Golf Channel spokesperson told GOLF.com that golf broadcasts, “like nearly all sports,” do not employ tape delay. “Infrequent incidents that unfortunately do occur are edited out of encore presentations and on-air talent apologize on behalf of the offender to the audience.”)

Woods hasn’t been the only source of golf fans’ ire. In the wake of the 2014 Arnold Palmer Invitational, a San Jacinto, Calif., viewer lambasted Matt Every’s caddie, Derek Mason, for dropping the f-bomb “several times while discussing a golf shot Every was about to make.”

In 2013, a Spring, Tex., resident took issue with two-time PGA Tour winner D.A. Points using the term “d—ing around” on a segment that ran on the nightly news on the local NBC affiliate. (“This expression is objectionable to me,” the viewer demurred.) CBS Sports announcers David Feherty and Gary McCord were criticized in 2012 by a Brooklyn, N.Y., viewer for appearing in a commercial that made “a mockery of the Roman Catholic Sacrament of Reconciliation.”

Two viewers asserted that commercial breaks during golf telecasts are an inappropriate forum for promoting erectile dysfunction medications. (You know the spots — sunsets, bathtubs, knowing glances.) “Children and young people may be watching,” wrote a viewer from Alexandria, Va.

Groused another Virginian, from Ashburn: “I just feel so violated and disgusted when I am watching golf with my five year old daughter and then a barrage of sexual issue commercials come on. … I’m no prude believe me, but enough is enough!!!”

Here’s some happier news: It’s been more than 10 months since a viewer last filed a complaint against a golf broadcast, according to the documents the FCC provided GOLF.com. That’s not because Woods and Co. have quit cursing (Tiger’s foul-mouthed reaction to a wicked snap-hook at this year’s Masters made instant headlines), but industry observers suspect that it may be because there are now so many social-media outlets through which viewers can vent. Offended? Tweet it!

Or perhaps viewers just need to accept that the occasional expletive is an inevitable part of the game. It’s competitive out there. Guys run hot. They steam. They sulk. They swear. Always have, always will. Like the time in 2011 when Golf Channel mics caught Woods barking the f-word at Torrey Pines.

“This was live so probably unavoidable,” an Oxford, Conn., viewer wrote to the FCC of the incident. What irked the fan was the network’s decision to rebroadcast the sequence later in the program unbleeped:

“What was the purpose of replaying the obscenity?”

Editor’s note: The FCC is responsible for regulating obscene, indecent and profane speech that is broadcast on network television stations, especially between the hours of 6 a.m. to 10 p.m., when it is reasonably assumed that children could be present and watching. Previously, if these rules were violated, networks would receive a hefty fine – anywhere from tens to hundreds of thousands of dollars – for airing indecent language or content.

But after a 2012 Supreme court decision, the FCC no longer has the authority to fine or sanction networks for violating FCC rules. Currently, the FCC still maintains obscenity/indecency/profanity rules, but don’t penalize networks that break them. Instead, they’re sent a letter of warning for violations that don’t occur within the “safe harbor” time slot (10 p.m. to 6 a.m.).