Tiger Woods gave her a Buick — here’s what happened next 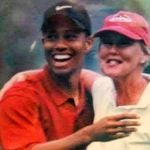 Welcome back to the Tiger Woods YouTube Project, where we’re learning more about Woods by looking at one YouTube video per year of his life. Three things are particularly special about today’s chapter. One, this just might be the greatest Tiger Woods YouTube video of them all. Two, we’ve spoken with Beverly Rettinger, the star of the video. And three, this week’s episode comes in podcast form. Let’s get to it!

On May 1, 2003, Tiger Woods showed up to a public golf course in Orlando, jam-packed with unsuspecting golfers. He hid out in the trees with about a dozen camouflaged cameramen, waiting for players to approach the 12th hole.

As groups walked onto the tee, the best player in the world would appear from nowhere, surprising random golfers with an offer: How would you like to play this hole together — with a Buick on the line? What happened next was, in my opinion, the greatest YouTube video of all time.

You can hear the entire story at the podcast link right here:

Or wherever you listen to podcasts:  iTunes | Spotify | Soundcloud | Stitcher

What makes this video better than any of the others golf fans have visited over and over again during YouTube deep dives? In short, it has everything. Give it a watch, then read on:

For starters, there’s evidence of Tiger’s greatness — you can see him stick it close again and again, with no warmup, cameras everywhere and the unique pressures of filming a commercial and interrupting strangers’ golf games. He even breaks out what we imagine is a regular Woods party trick, where he flips around the lefty’s club and wallops it right-handed.

We see plenty of personality from Woods, too. It’s rare to be able to watch him interact with random people in a genuine way. Yeah, it’s scripted, sort of, but there’s no faking some of the back-and-forth conversations he has with people. And there’s definitely no faking the other side of it — the golfers surprised by finding Tiger Woods at their tee box, wholly unaware of any hidden cameras. I respect the director’s commitment to the integrity of the production, and it shines through in the final product.

Even better, we get Funny Tiger Woods. Not funny Woods the way he is in press conferences, where everyone laughs at his jokes no matter what, or scripted-funny Woods, like in his new Bryson DeChambeau Bridgestone commercials. This is just funny, instinctive, friendly-but-trash-talking Tiger. This is his best exchange:

Tiger Woods: “What’re you nervous for?”

TM: “I dunno — I’ve got Tiger Woods standing behind me!”

But the greatest part of the video is his exchange with Beverly Rettinger and her group. When he pulled up in his cart, Rettinger said, “It was just laughter and giddiness from three girls.”

Woods signs the gloves of her two playing partners, then gives his own glove to Rettinger. Then he suggests, jokingly (they thought) that they play for a car.

“My friend Helen Dennis says, ‘Okay, let’s play for a Porsche.’ Of course, we all laugh. Nobody had a Porsche.”

Woods responded, “You know, I represent Buick. Let’s play for a Buick.” The game was on, though only the game’s host really knew it.

At that point, Rettinger said, she had two thoughts.

“The only thing I can think in my mind is, I don’t want to be first and I don’t want to make a complete fool of myself. So I make sure I step back and the other two girls, you know, just calmly go up and hit the ball. Well, they weren’t too calm. They both shanked it to the right in the woods.

“I’ve had time to breathe and just get my thoughts. And I’ll tell you, this goes back to our first golf pro, who always said, no matter what, finish your swing.”

Normally, Rettinger would use a 5-wood on the hole. But given the drizzle and the circumstances, she’d selected a 3-wood. She finished her swing. The ball came out straight. Her friends cheered in delight as it headed toward the green.

“He was excited as we were, honestly, because he knew what was coming,” Rettinger said.

What happened next? Well, you’ll have to listen to the podcast to find out. C’mon! We worked hard on it, and I promise you won’t be disappointed. Here’s where you can listen: