Why Tiger Woods’ inspirational leadership was the heartbeat of this U.S. team

MELBOURNE, Australia — In his Presidents Cup captaining debut, Tiger Woods’ greatest strength was that he wasn’t really a captain at all.

“Someone like him could feel as though he needs to sit down and tell us what to do,” Justin Thomas told GOLF.com at Royal Melbourne after the U.S. won an eighth straight Cup. “But he understood that we are 11 really good players. To be nice, he needed to stay out of our way.”

Woods didn’t stay out of the way.

He led the way.

The 15-time major winner signed off a glorious week with a 3-and-2 victory over gritty Abraham Ancer that included seven birdies in 16 holes. He was by far the best player at the 13th edition of the Presidents Cup, the only contestant who did not have a loss at Royal Melbourne.

“He played some really, really good golf this week himself,” added Thomas after losing to Cameron Smith 2-and-1 in the Sunday singles.

Woods was stellar from start to finish. He made six birdies on his own ball on Thursday in a four-ball match with Thomas. In Friday’s foursomes, again paired with Thomas, the 43-year-old hit a perfect iron shot to set up Thomas’ winning birdie putt. 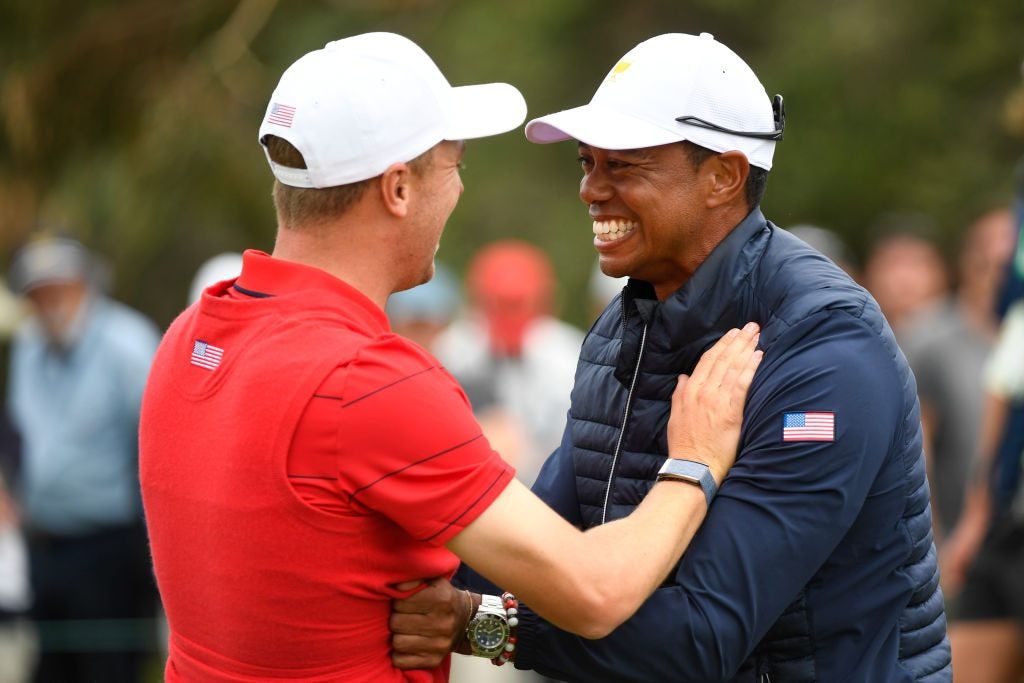 But no manager is perfect, and Woods certainly made some mistakes even before arriving at Royal Melbourne.

The most obvious error was sending out Patrick Reed and Webb Simpson together three consecutive sessions. They lost all three. In Friday’s foursomes match, Reed and Simpson made just one birdie. In Saturday morning’s four-ball, they had just two birdies between them. Sending them out on Friday was certainly a show of faith. But Saturday morning was a head-scratcher.

Woods’ other tactical error was to bench himself in both Saturday sessions. Having won his first two matches in style — courtesy of pin-hunting irons and short-game wizardry — Woods sat himself in Saturday’s four-ball and also the afternoon foursomes, despite his team losing the morning session. The Americans gave the International team the lead going into the final day of the Presidents Cup for the first time in 16 years. Whether Woods sat out the third day because he felt fatigued was unclear. The Internationals ended the third day with a two-point lead and their first real chance at victory since the Korea edition in 2015.

Of course, none of that matters now that the U.S. has won its 11th Presidents Cup, improving its overall record at the biennial event to 11-1-1.

Woods motivated his team when they were facing the very real possibility of the embarrassment of losing to a heavy underdog International team. Rookie Presidents Cupper Tony Finau was emotional when describing what inspired his Sunday comeback from four holes down with eight to play against Hideki Matsuyama, salvaging a halve in the match.

“When I was four down and I didn’t have a lot of my best stuff, I basically told myself, ‘I can’t give up on my teammates, my captain,” Finau said. “Tiger, the story of his resilience, coming back from what he has with injuries and everything that he’s been through, we really believed that we could win the Cup. We were against the odds. We were very inspired to play for Tiger, and with Tiger, and it’s so satisfying to win this Cup because of that.”

But no one was more satisfied than Woods. 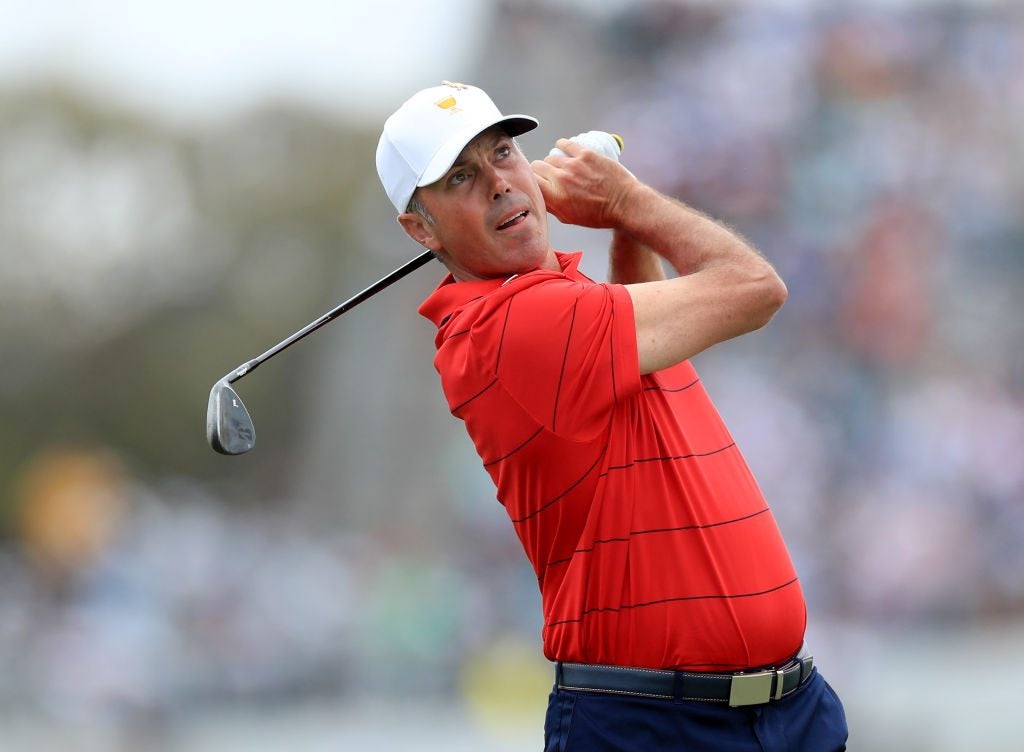 Kuchar was literally jumping for joy when he came back from three holes down to Louis Oosthuizen to halve the match. The half point clinched the Cup for the Americans.

“I think all of us will look back and have these pictures hanging on our walls and say, ‘We played for, and alongside Tiger Woods, the greatest player ever,’” Kuchar said.

For a guy with 15 majors and 82 PGA Tour wins, Woods admits his victorious captain’s debut ranked among his greatest achievements.

“Just to be a part of this with them with, all of the 11 other players, is truly an experience that I will cherish forever,” he said.