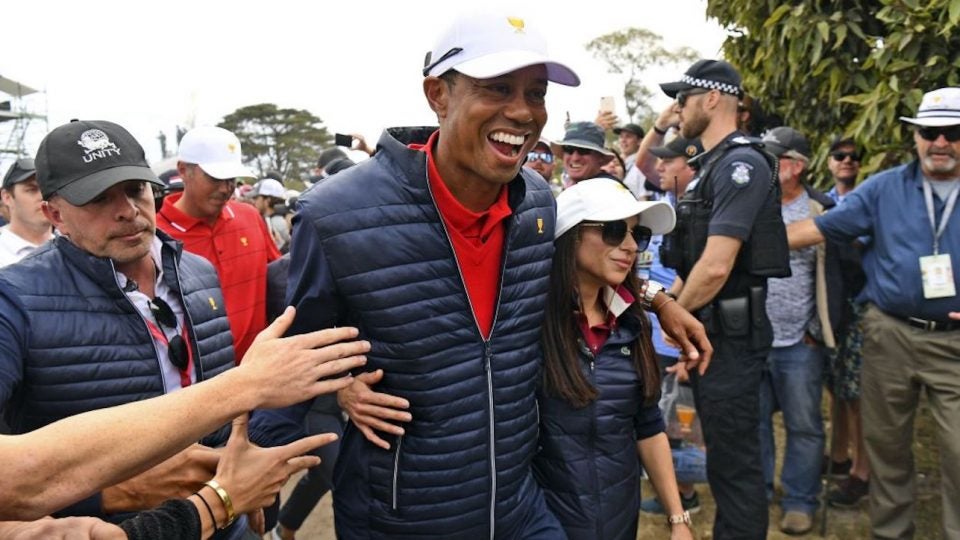 Tiger Woods lead his team to one of the most entertaining Presidents Cup victories in recent history. Falling into a 3-1 hole early in the contest, Tiger inspired this team to fight and claw their way back during Sunday Singles, and he celebrated with a heart-warming moment with his girlfriend Erica Herman once victory was secured.

The team captain, who doubled as its best player, was hugely emotional after his win. He held back tears once the win was secured, celebrating with teammates all around him. But one of the most heartfelt moments came just afterwards, when Herman ran over to celebrate with him. They shared a long hug before walking away arm-in-arm as the crowd cheered.

A wonderful way to end a brilliant week for Tiger Woods. 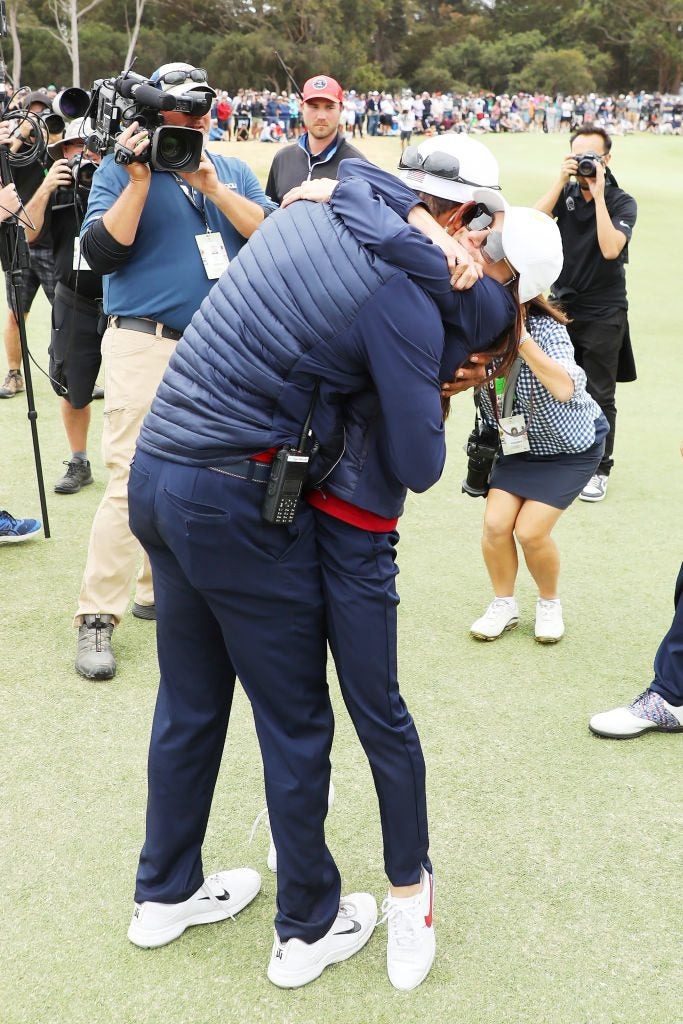 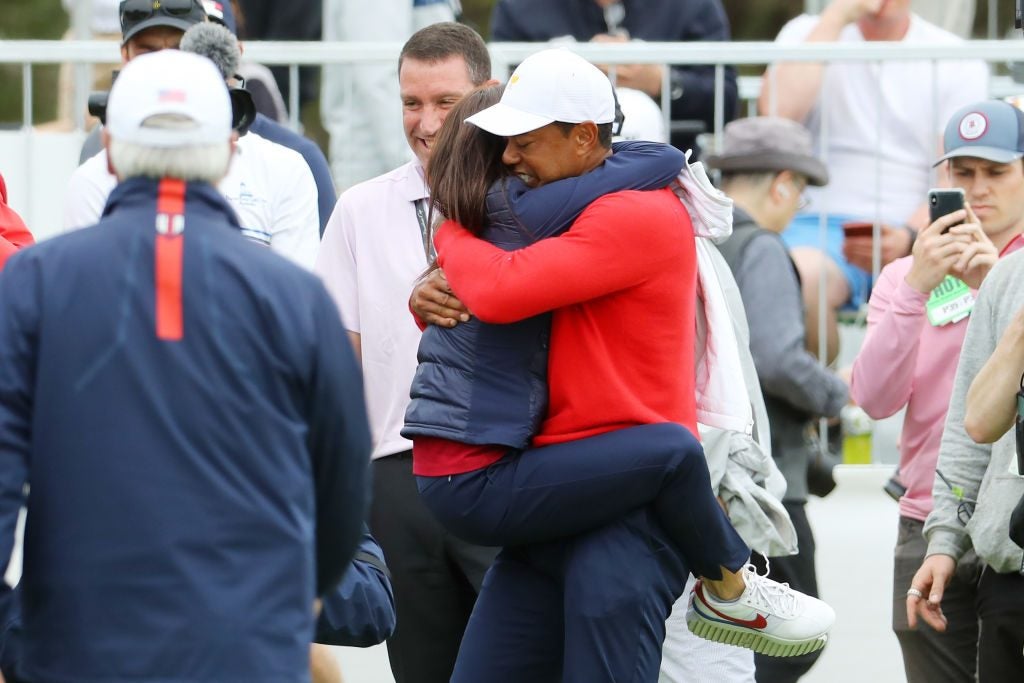 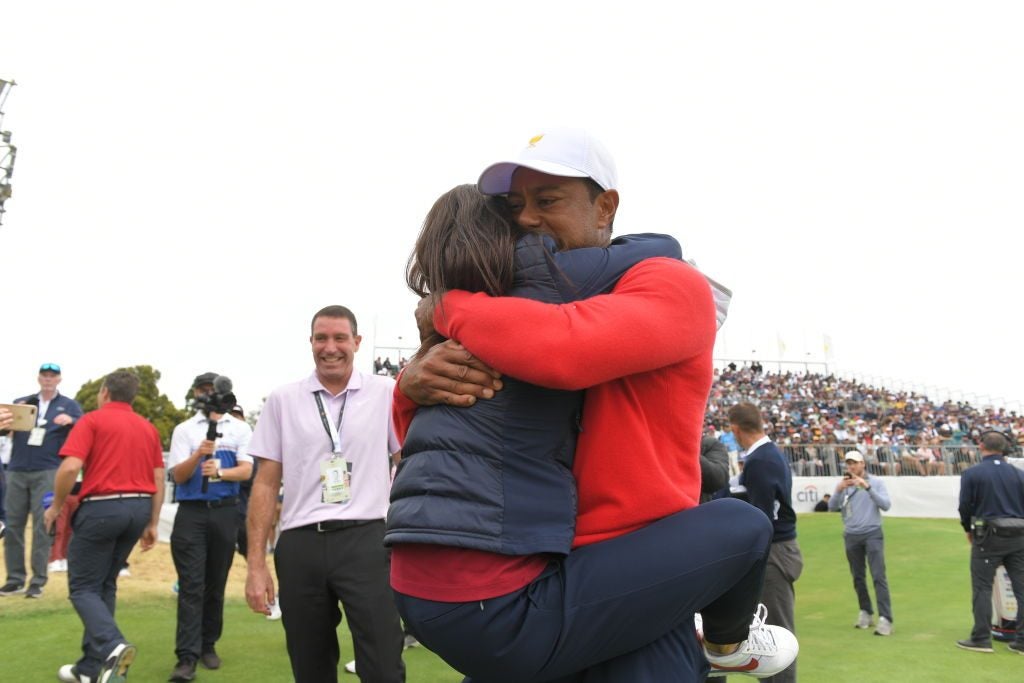 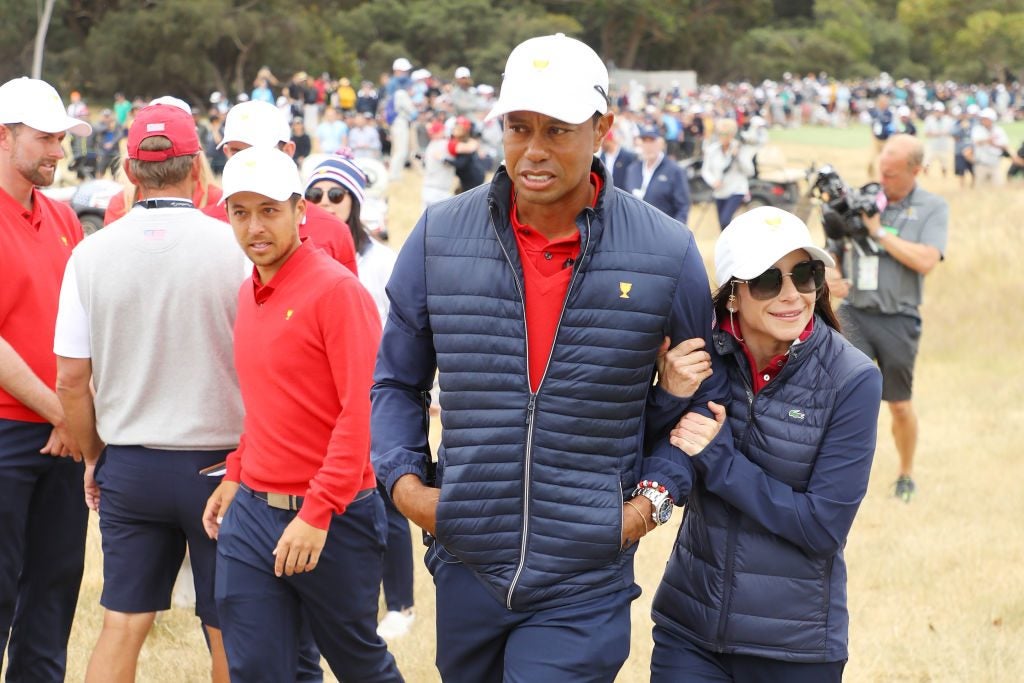 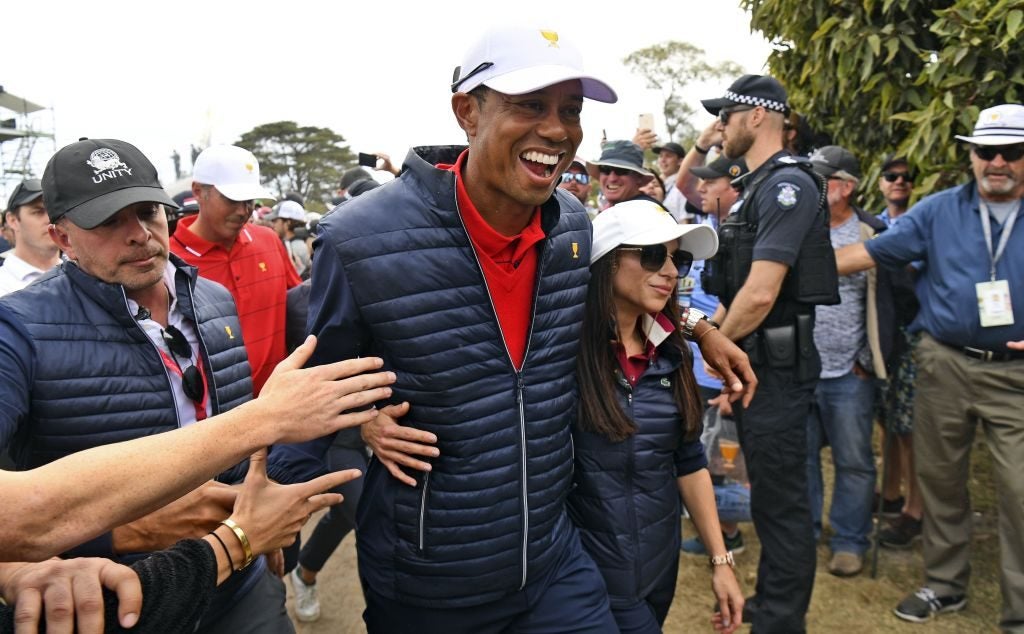