The Open 2019: Here’s how Brooks Koepka says J.B. Holmes could pick up the pace 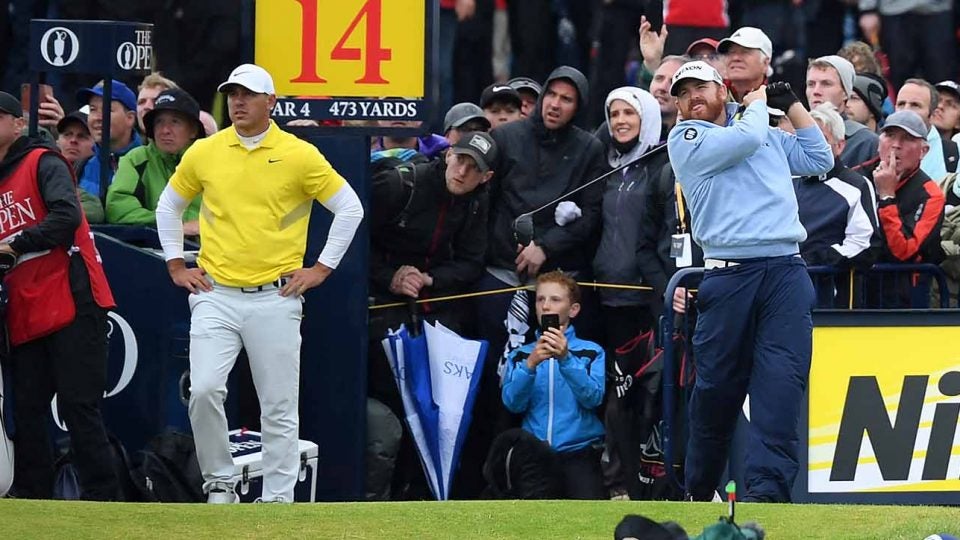 J.B. Holmes and Brooks Koepka combined to shoot 19-over on Sunday.
Getty Images

Brooks Koepka and J.B. Holmes are a contrast in styles, but playing in Sunday’s penultimate pairing at Royal Portrush, they produced similar results: mostly bogeys.

It was a bad day for both of them, especially Holmes, who after playing so solidly all week signed for a stunning 87.

To review, Koepka is an avowed critic of slow play on the PGA Tour, and Holmes is one of pro golf’s greatest offenders. They began their respective rounds sort of in contention, should anything weird have happened with Shane Lowry and Tommy Fleetwood, playing one group behind them. But both Koepka and Holmes immediately went the wrong direction, and Lowry went on to coast to a six-shot victory. 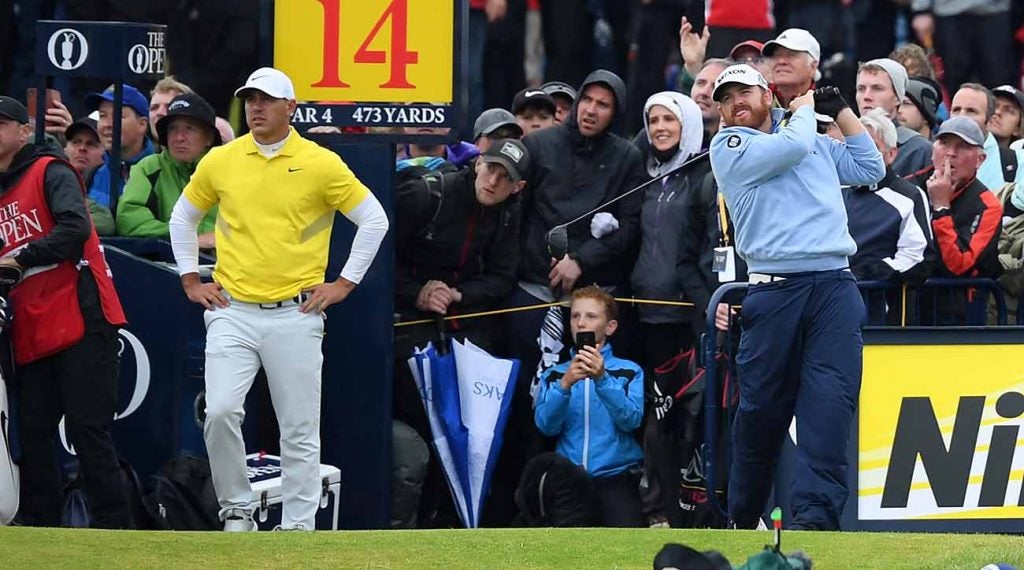 J.B. Holmes and Brooks Koepka combined to shoot 19-over on Sunday.
Getty Images

Koepka bogeyed his first four holes before steadying himself to post a three-over 74 and finish tied for fourth, his worst result in a major this year. It certainly appeared that Koepka became frustrated with Holmes as their round progressed.

When Koepka was asked about Holmes’ pace of play after the round, he largely took the high road, saying that, “I didn’t think he was that bad today. I thought he was all right.”

But Koepka wasn’t wholly uncritical. He also offered this observation: “I’m ready to go most of the time. That’s what I don’t understand when it’s your turn to hit, your glove is not on, then you start thinking about it, that’s where the problem lies. It’s not that [Holmes] takes that long. He doesn’t do anything until his turn. That’s the frustrating part. But he’s not the only one that does it out here.”

Koepka went on to give Holmes another compliment, albeit a backhanded one.

“It was slow, but it wasn’t that bad for his usual pace. I thought it was relatively quick for what he usually does,” Koepka said.

Holmes didn’t speak with the media, which is understandable. He was a mess all afternoon, and his 87 was the worst round of the day by seven shots. He plummeted from the top five to a tie for 67th.

Koepka finished his major season with 2nd-, 1st-, 2nd- and 4th-place finishes and is the front-runner for Player of the Year honors. Holmes is still seeking his first major title. Perhaps this PGA Tour odd couple will meet again sometime down the line.

But it might be best for both if they didn’t.