The Green Mile: What you need to know about Quail Hollow’s closing stretch 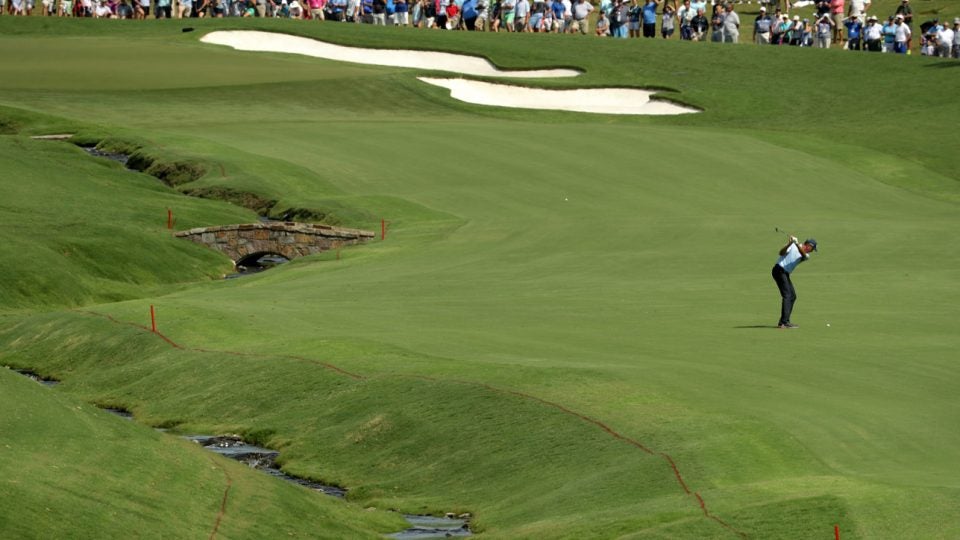 Matt Kuchar plays his shot on the 18th hole during the second round of the 2017 PGA Championship at Quail Hollow.
Getty Images

The stars of the PGA Tour have faced a tough test at the newly renovated Quail Hollow Club during the 2017 PGA Championship. But no part of the course has been featured in pros’ nightmares more than the final three — 16, 17 and 18, — which have been dubbed “The Green Mile.”

The diabolical stretch begins with the 506-yard par-4 16th hole. As stated on PGA.com’s description of the hole, No. 16 “was modified in 2013 and the green was moved 80 yards to the left and now sits on the edge of the lake. What was once a straight away par-4 is now a dogleg right that demands an accurate tee shot that will leave a demanding mid-iron shot into a green guarded on the left by water.”

That is followed by the signature par-3 17th hole. A pond runs alongside the length of the hole, with the green jutting out farther into the water. At 223 yards, it takes a quality tee shot to make par on the difficult putting surface.

The final test in the “The Green Mile” is the par-4 18th. The hole, which runs 494 yards long, “is consistently one of the toughest finishing holes in golf. Players must avoid a bunker on the right, as well as a creek that meanders along the entire left side of the narrow fairway,” according to PGA.com. Jason Day saw his chances of a win slip away with a quadruple-bogey 8 on 18 in the third round.

This tough closing stretch is sure to cause some fireworks in the final round.