The 5 Best (and Worst) Songs About Golf 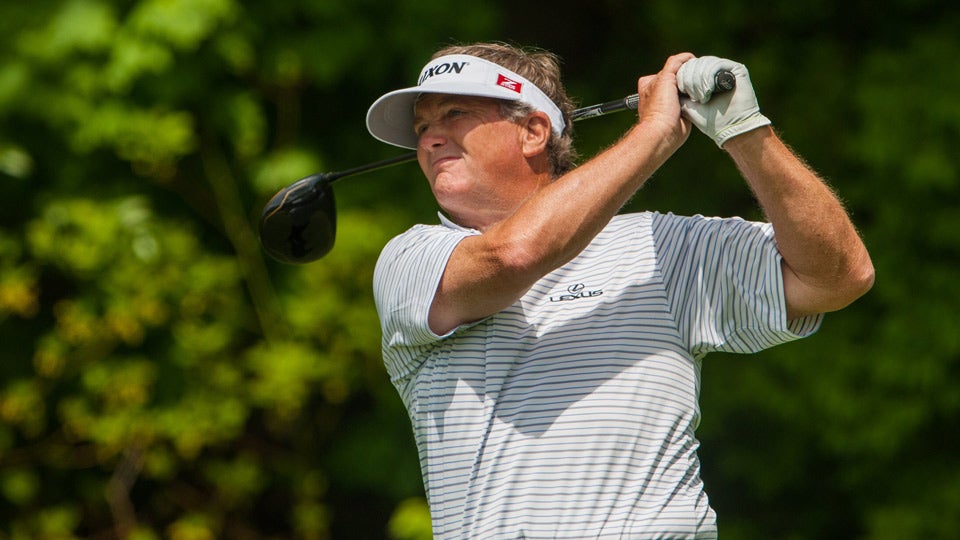 When Bubba, Rickie and the rest of the Golf Boys released Oh Oh Oh in 2011, it wasn’t the best moment for golf-themed music. But it wasn’t the worst, either. (Not even close.) We scoured the golf-music archives for the genre’s greatest hits and misses.

1. Straight Down the Middle, by Bing Crosby

Not only did the crooner give us the Clambake. He supplied us with this velvety golf-themed recording, a swinging, big-band tune (with words by Sammy Cahn and music by James Van Heusen) that served as a theme song for Bing’s fabled pro-am.

The man whose very life is a country song has penned some soulful ditties of his own. His finest might be this hard-driving number, an unrepentant meditation on mistakes made and moving on. “Most people would have given up by now / All the rough I’ve seen / All the ups and downs.” Lyrics so heartfelt, we forgive Long John the heavy-handed metaphor.

The Internet is overrun with musical golf parodies, none more ambitious than this riff on the Queen classic, performed by a four-ball of Australian buddies. Seven-plus minutes of rhapsodic harmonizing, and a slickly produced video to boot.

4. Love the One You Whiff, by Jake Trout and the Flounders Of all the golf-centric spoofs that Peter Jacobsen and his bandmates have released, this catchy track may be the punniest. “You swing / It’s still on that tee / It sure is better than hitting three / And as you stand there, feeling like a stiff, you better, love the one you whiff.” Eat your heart out, Weird Al Yancovic.

Somehow, in the midst of making movies, the Oscar-nominated director of Good Will Hunting found time to record an album devoted to the game. His 18 Songs About Golf features exactly that, including this entertaining track about a pro who either drinks a little or drinks a lot, depending on “whether or not someone’s got some pot.”

….AND THE 5 WORST GOLF SONGS

In the recording studio, as on the links, Van Sant doesn’t always hit the sweet spot. “Love is like a game of golf,” he sings in this outright shank, which combines ham-fisted lyrics (“It starts smooth on the tee off but ends in the rough”) with the hiccupy tempo of a 20-handicap.

2. Trouble in the Gorse, by Glen Everhart

See if you can spot the error in this unfortunate ballad about Jean Van de Velde’s implosion at Carnoustie, which Everhart sings in the mournful tone of a Gordon Lightfoot wannabe. “He let the cherished Claret Jug slip through his cherished hands / Into the hands of one Paul Lawrie, the son of Ireland.”

As if Billy Joel weren’t cheesy enough, we have this parody of You May Be Right to put us completely over the edge. “I guess you’re right / I’m kinda lazy / ‘Cuz I just can’t get into a daily practice scheme.” Everybody, altogether now: Don’t sing us this song, Mr. Piano Man!

Word has it that it took only two hours for comedian Matty Blake and his accompanist to compose this spin on Dylan’s fabled ’60s anthem. Two hours? We would have guessed two minutes.

Without apologies to the Beach Boys, Golf Boy sings: “If everybody had a golf course, across the U.S.A. / Everybody’d be golfin’, all day, every day.” Actually, despite a dramatic market correction, one could reasonably argue that there are still too many courses in this country. And even if one couldn’t, this song would still suck. 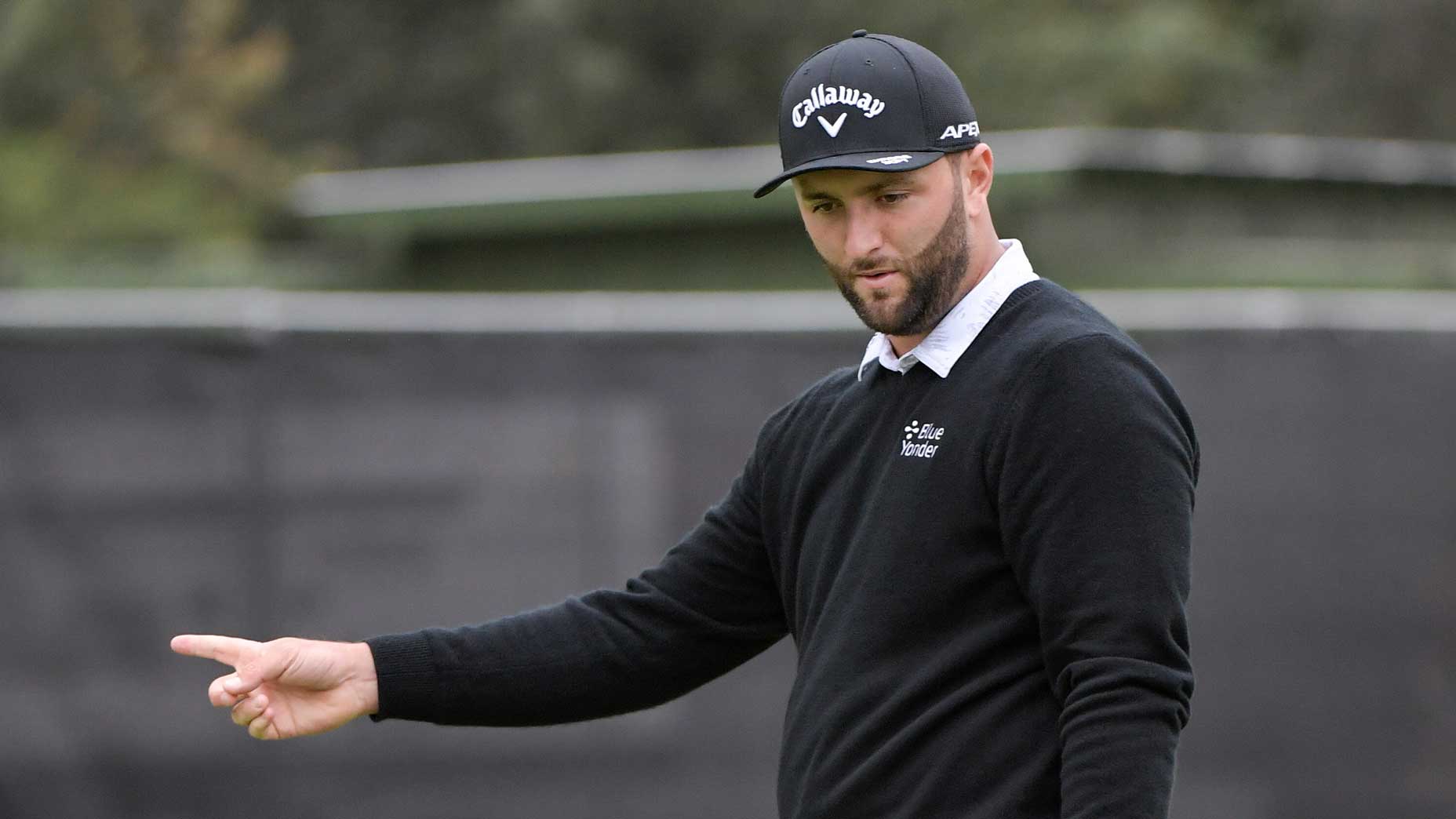 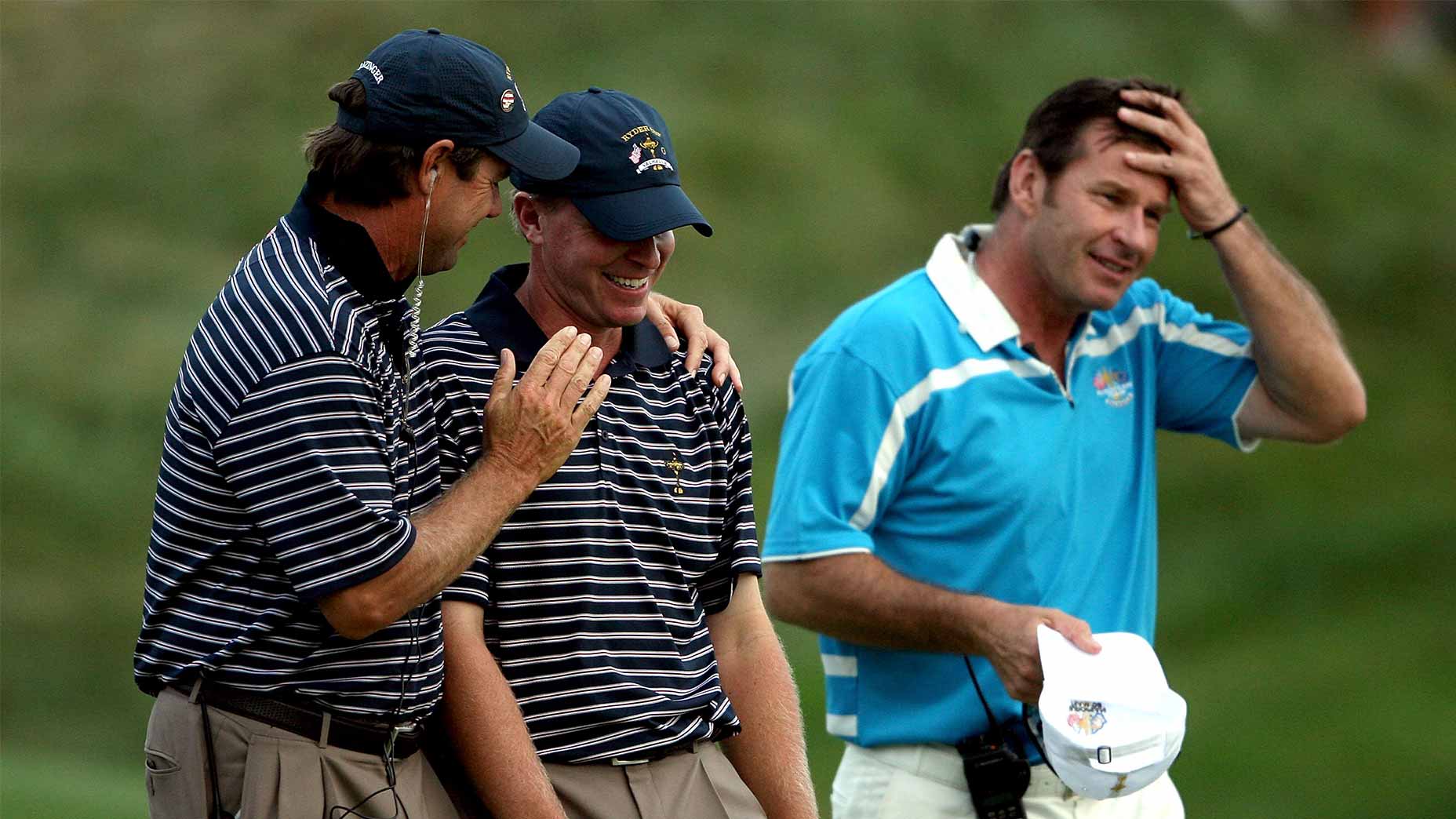 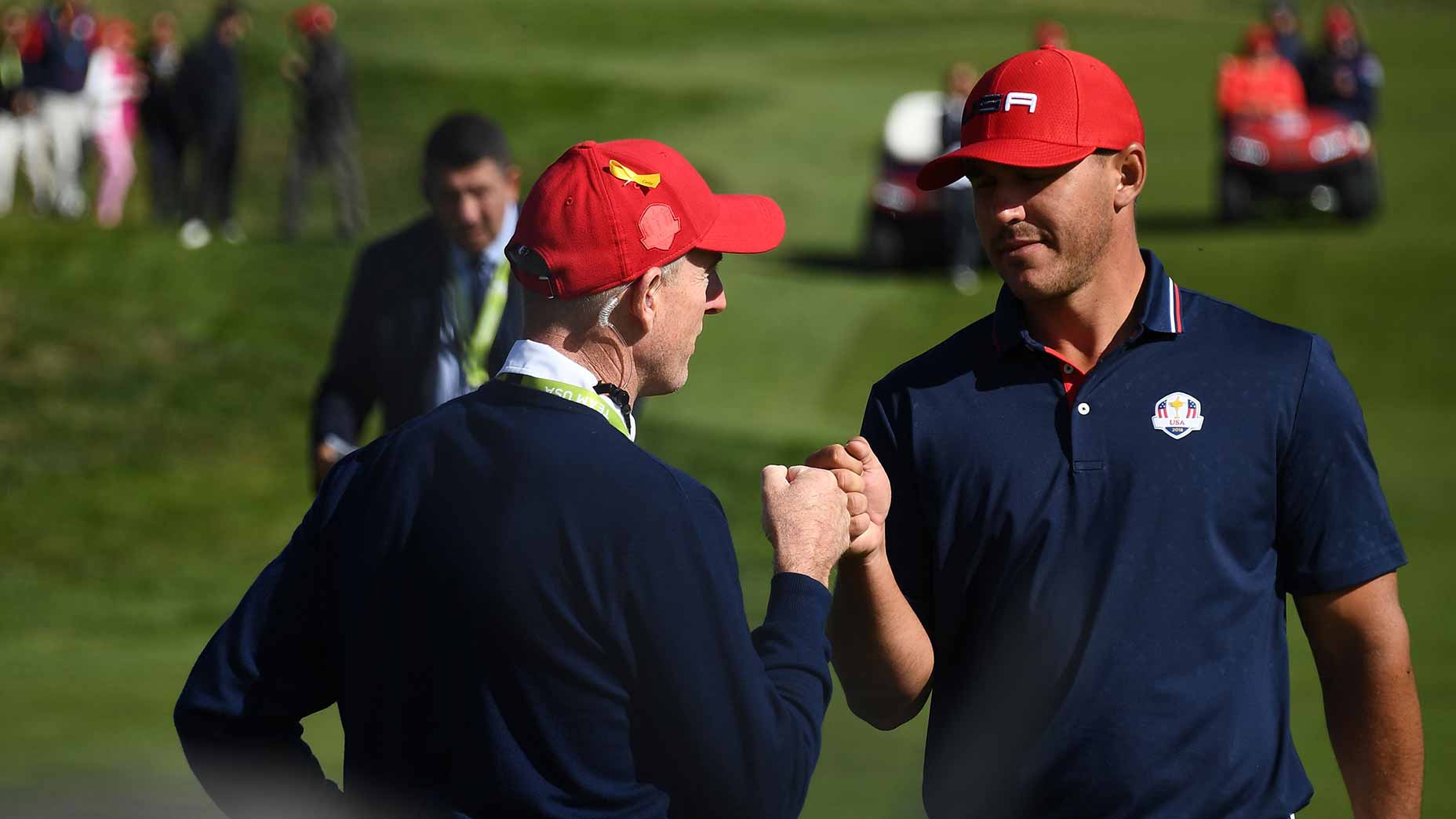 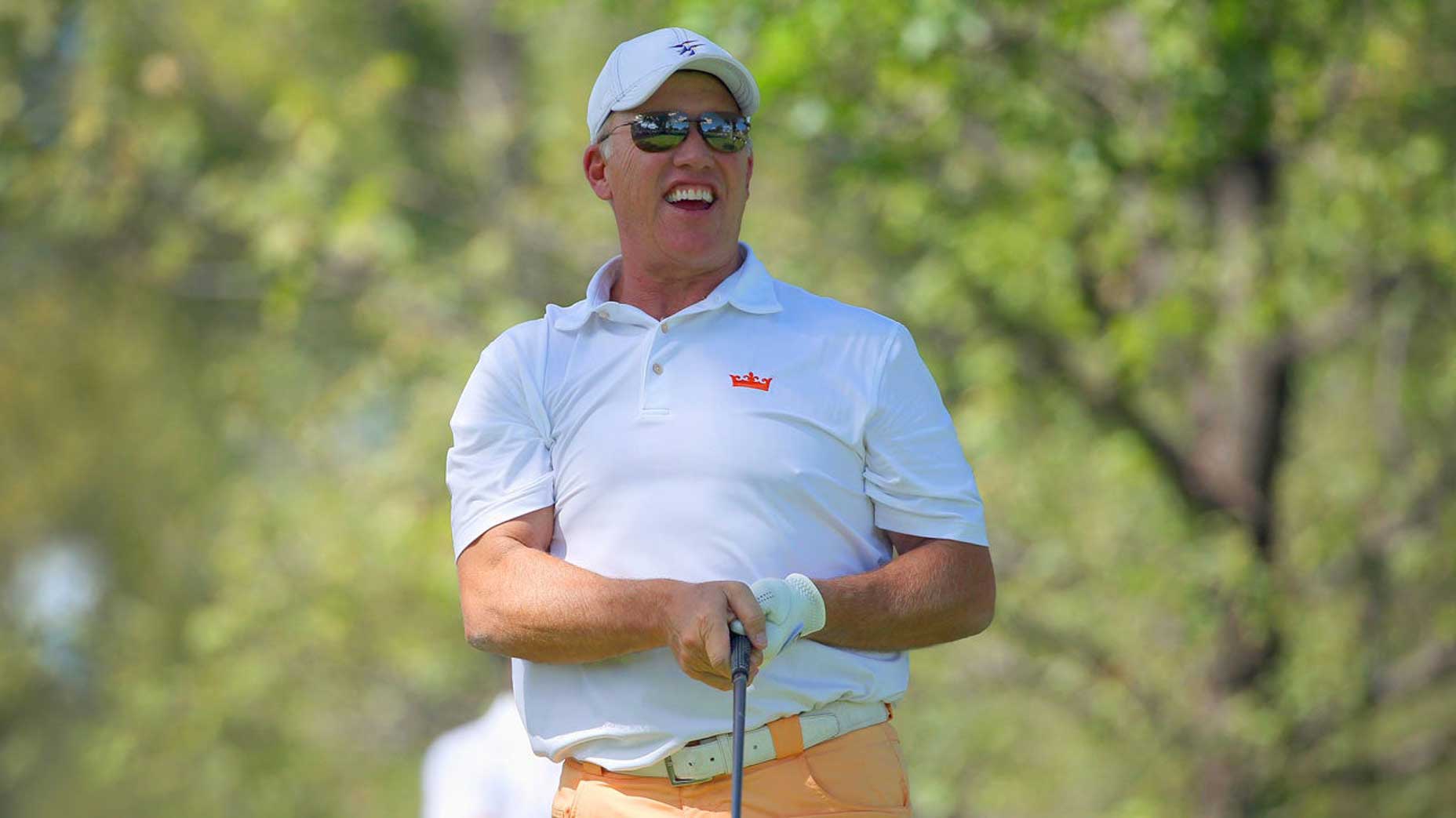