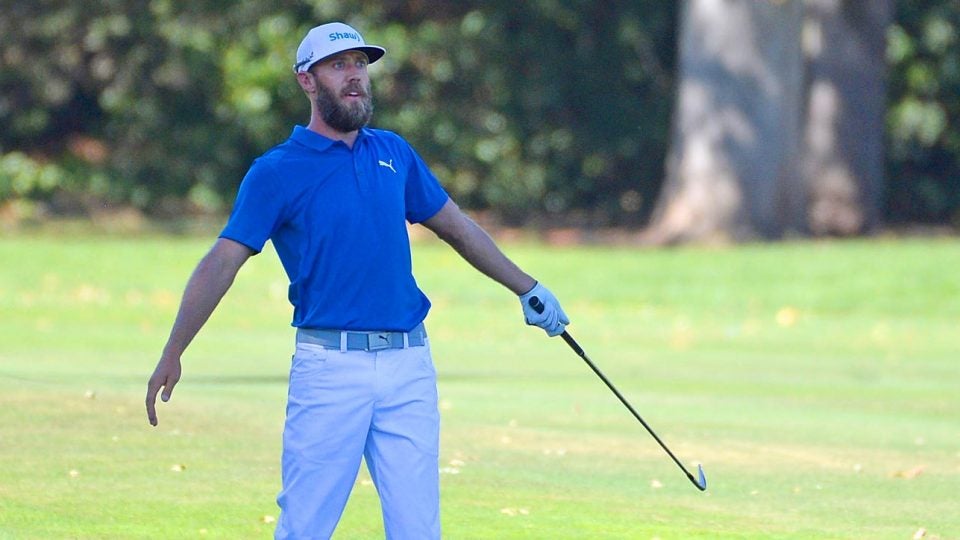 Graham DeLaet of Canada plays his shot on the fifth hole during the final round of the Safeway Open.

Canadian PGA Tour pro Graham DeLaet has the week off, as he’s not in the WGC-Dell Technologies Match Play event in Austin and did not to make the trip to the Dominican Republic for the Corales Puntacana Resort & Club Championship while recovering from a stem-cell treatment to cure his ailing back.

That left him with a lot time on his hands, and Friday evening he decided to use that free time to criticize the Match Play from the safety of his home.

DeLaet tweeted about his experience in the 2014 Match Play event, in which he was knocked out on the first day of play thanks to the single-elimination format, noting “That’s a good format. This one sucks.”

Played Match Play in Tucson in 2014. Early group on Wednesday, lost. Threw clubs in my car and was on my couch in Scottsdale by 2:00 pm. Collect 30K and spend the weekend at home. That’s a good format. This one sucks.

Oddly, it seems that DeLaet prefers the old format because he only had to spend a few hours at the event before heading home to his “couch in Scottsdale” along with an easy paycheck of $30,000.

In the current Match Play format, adopted in 2015, players compete in round-robin group play to determine the 16 finalists for the single-elimination bracket on the weekend. This ensures that each player will compete in at least three matches.

While the new format has plenty of critics, including Tour pros, rarely are their arguments based on how early they get to go home.